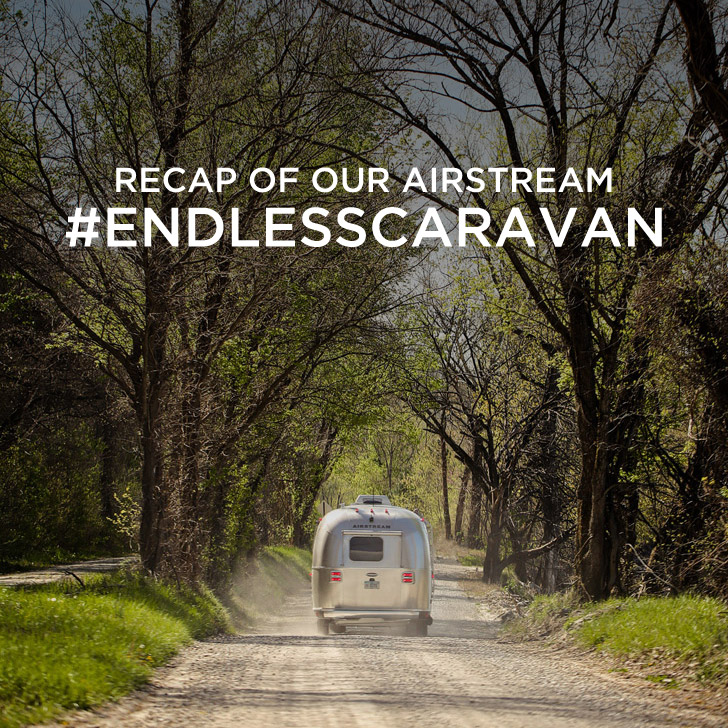 This past Tuesday, we finally turned in our keys to the Airstream that we’ve been traveling and living in for the past three months. It’s been one hell of a ride, and we’re sad to end this chapter, but we know there are always exciting things ahead (or at least we’re trying to remind ourselves that :P)! To give you a recap of our trip here is our #EndlessCaravan in Numbers.

For you non-RVers, Gray Dumps = shower water + sink water, and Black Dumps = the stuff that goes down your toilet. The first month was our biggest learning curve. There was so much that scared us because we had zero experience in RVing and had zero idea what we were getting into.

Dumping our black tank was probably one of the most intimidating factors when we first got into the Airstream, but after our first dump, we didn’t think much about it at all. After we realized that staying in an RV campsite (most have full hookups), meant you never have to worry about electricity, AC, bathrooms, and showers, the rest of the trip was much easier. We worried less about our living conditions and more about our marriage in the small space.

Well, we survived, and they say if you can live in an Airstream together, you can pretty much survive everything else! haha

Our Favorites From the Trip

Now that we’re in Atlanta, we’re excited to catch up with friends and family. Though we’ve absolutely loved meeting other Airstreamers / adventurers and exploring the US, we missed having that consistent community. We know now that we will probably never become full-timers (we love having a home base), but we’d love to have an Airstream to travel for 3-6 months at a time.

After Atlanta, though, who knows what’s next! 😉 We have a few cities on the horizon for our next one-year destination. Any idea what that city may be? Also, go team blue!

For those not in an RV, would you try it out? For those already living on the road, what has been your favorite spots?