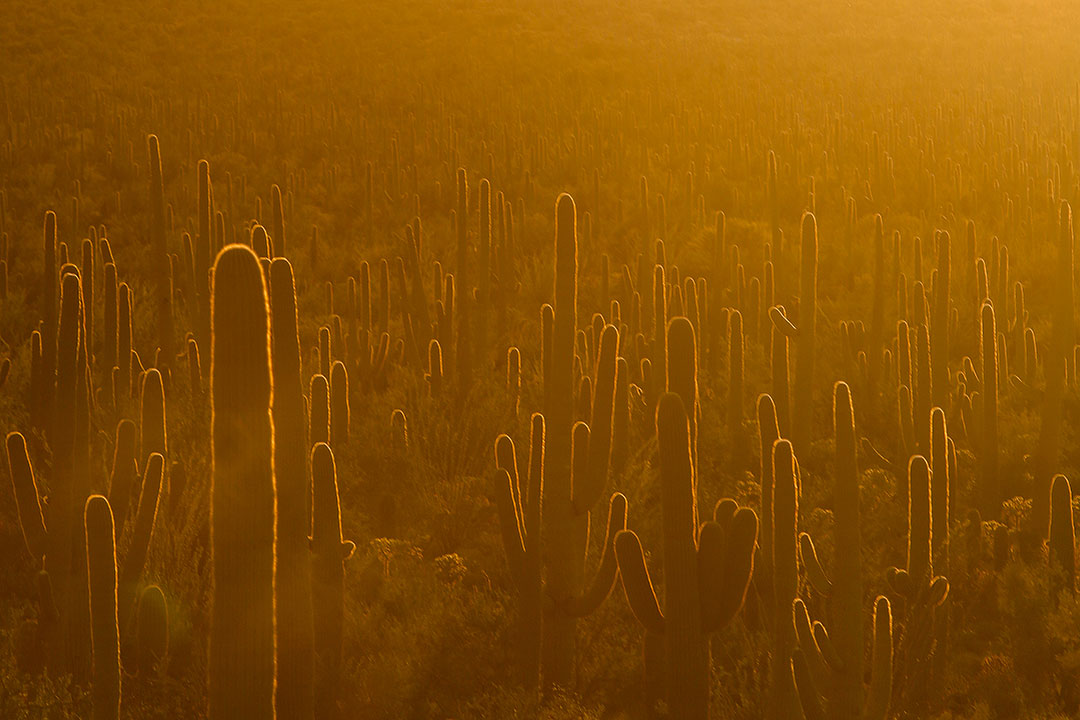 Saguaro National Park is a beautiful park that sandwiches Tucson, Arizona. With two districts, there is more than enough opportunity to appreciate the majestic Saguaro Cactus that covers the park grounds. Unlike some of the other national parks, you can explore a lot of highlights of this park in just a few of days, which makes it a great weekend getaway.

What I found most interesting is that even though it’s technically one park, they seem to have a little bit of an east side – west side mentality, competing for which side is better. If you’re going for photography, this will help you decide where you need to be: 1. Get a Scenic View from the Valley View Overlook Trail (west)

This hike is only 0.8 miles and relatively easy. There are a few stairs to traverse, but it leads you to an amazing view overlooking a valley full of Saguaro Cacti. 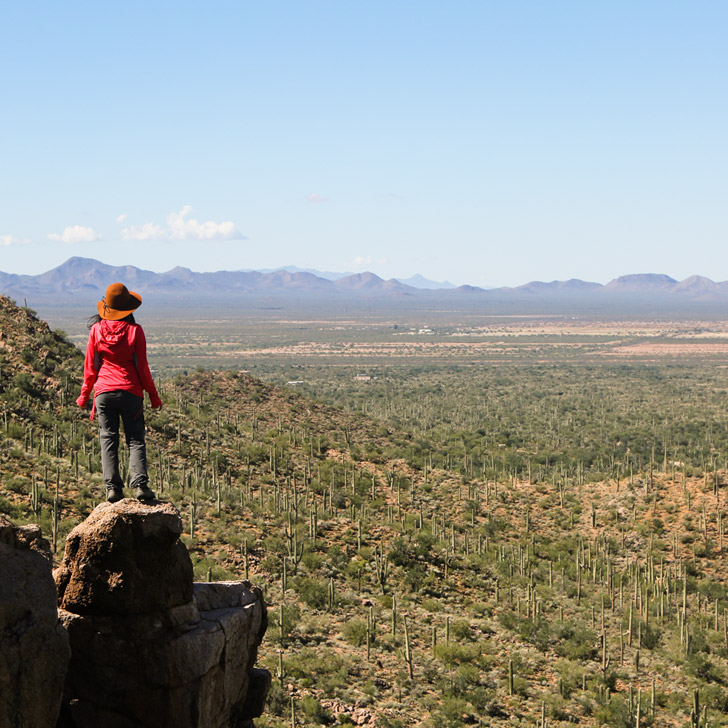 This 6-mile drive takes you through some of the most dense forest of cactus. It is unpaved, but you won’t need a four-wheel drive car to make it all the way around. Pro tip: The road is prone to flash flooding during the monsoon season (July and August), so be sure to check road conditions at the visitors center before making the drive. 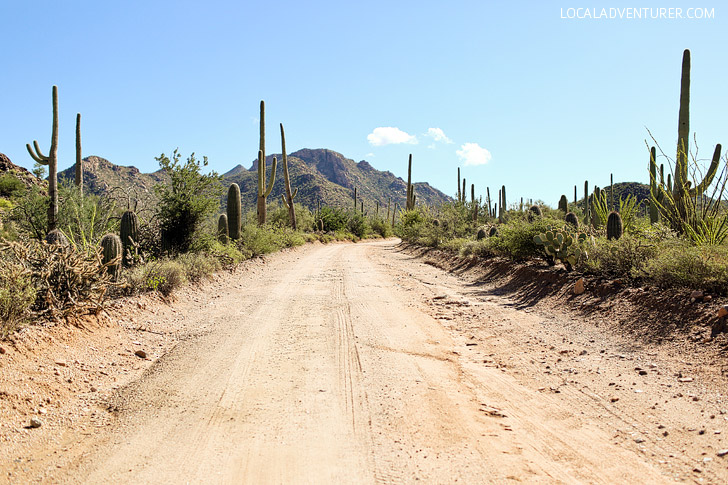 The east district has an 8-mile paved loop that gives you a chance to see the beautiful landscape from the comfort of your car. It’s an easy drive and there are plenty of pullouts where you can snap photos. Rainbow not included on all drives. 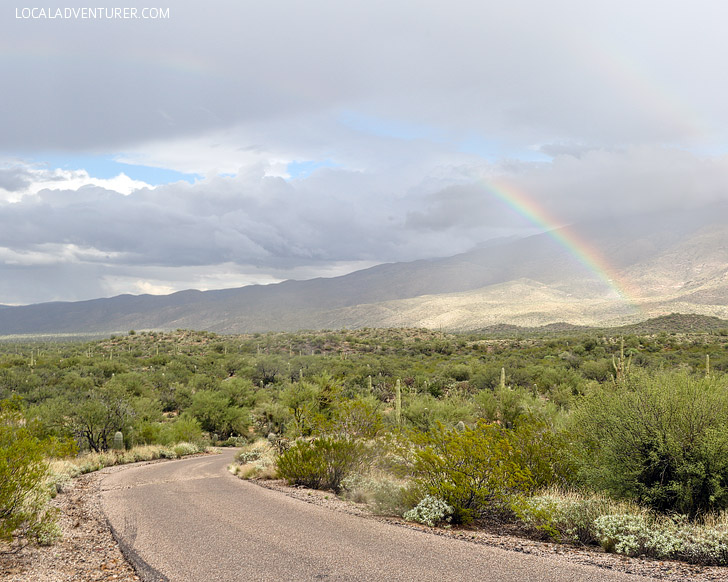 If you’re looking for a good backpacking trip, make your way out to the summer home of Levi Manning. Once Tucson’s mayor, this was a popular gathering spot for the city’s elite. Depending on your route, it will be anywhere from 12-15.5 miles one way. Pro tip: If you’re not interested in hiking that distance, you can also reach the camp via horseback.

Visit sometime between late-May and June to see these white, waxy flowers that are Arizona’s state flower. Much of the animal population here loves snacking on these as little treats. I know it sounds like a cheesy thing to do, but we love stopping by the visitor center. You can learn secret tidbits from rangers that you wouldn’t otherwise know about. Plus, we always pick a patch to help us remember our travels. The Red Hills Visitor Center in Saguaro West has a great view of the mountain and a cacti forest. The Rincon Mountain Visitor Center in Saguaro East is much smaller, but they still offer great information on how to make the most of your time at the park. 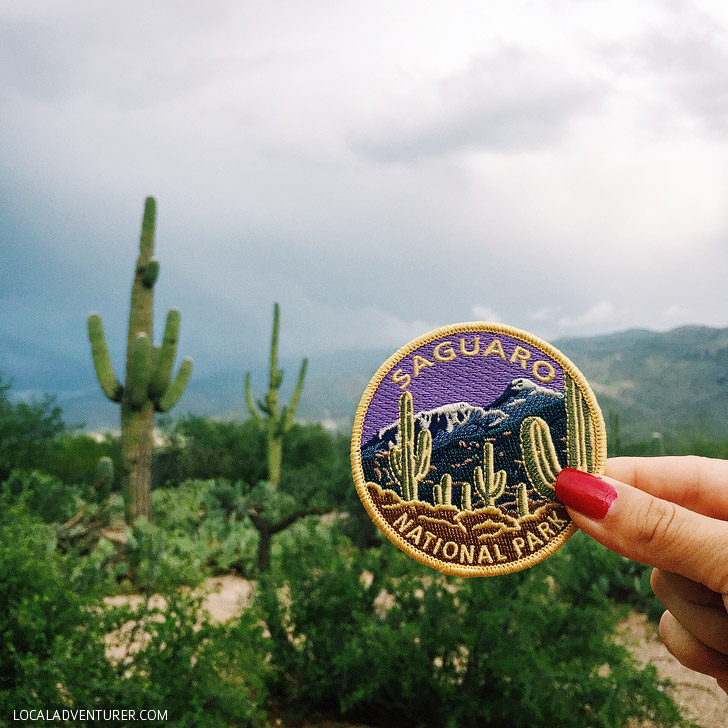 7. Gaze Up at Mica Mountain (east)

Turn off of the paved road and head towards the Mica View picnic area to see the park’s highest peak, Mica Mountain. 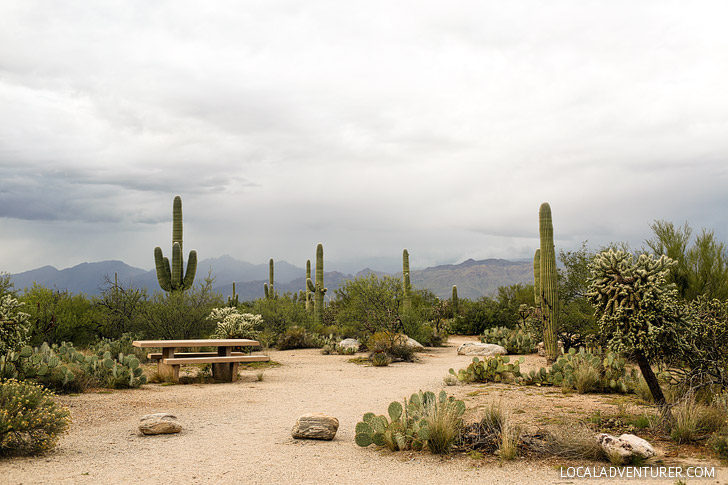 This short 0.3-mile hike takes you to ancient petroglyphs that are more than 800 years old. 9. Take a Photo Next to the Biggest Saguaro You Can Find (both)

This might be a given, but find the biggest Saguaro Cactus you can find and take a photo next to it! We didn’t realize how big these guys get and it became a bit of a game trying to find the biggest one. Did you know that these guys can live up to 250 years?! The largest living saguaro now is the Champion Saguaro in Maricopa County Arizona at 45.3 ft (13.8 m). The tallest one ever measured was 78 ft tall, but in 1986, it fell over in a windstorm.[1] 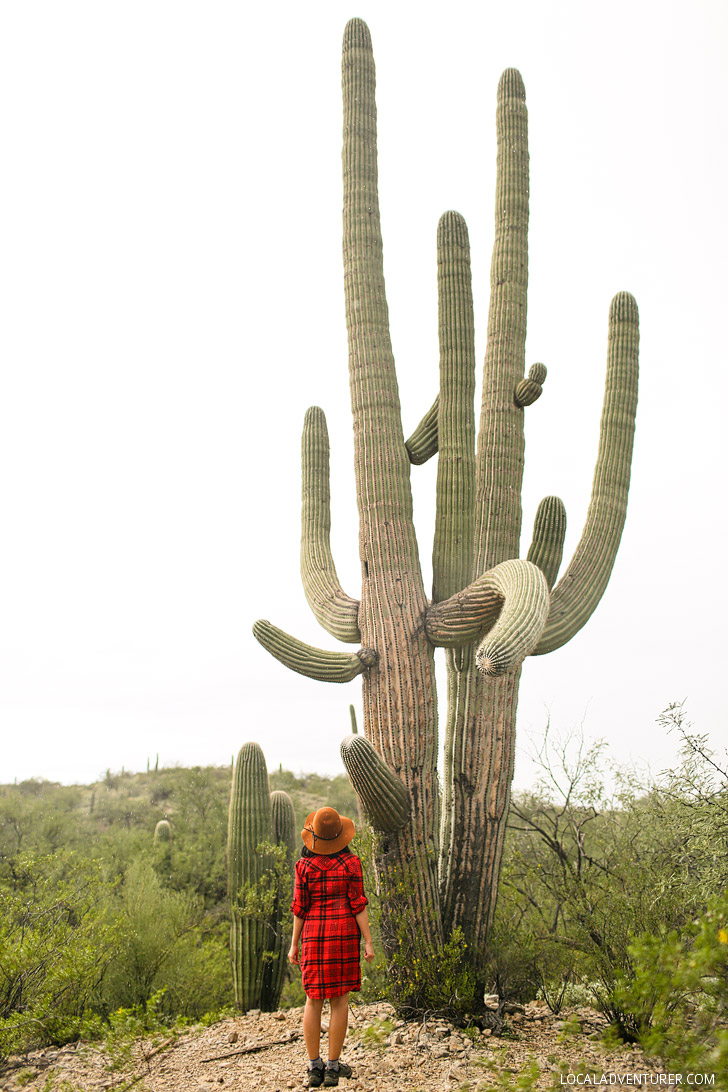 10. Watch the Sunset from the Hugh Norris Trail (west)

The full hike is 10 miles, but you don’t have to hike very far into this trail to get a great view of the sun setting over the mountains. After 5-8 minutes of hiking, look towards the west and see the sun glow over the cacti forest. 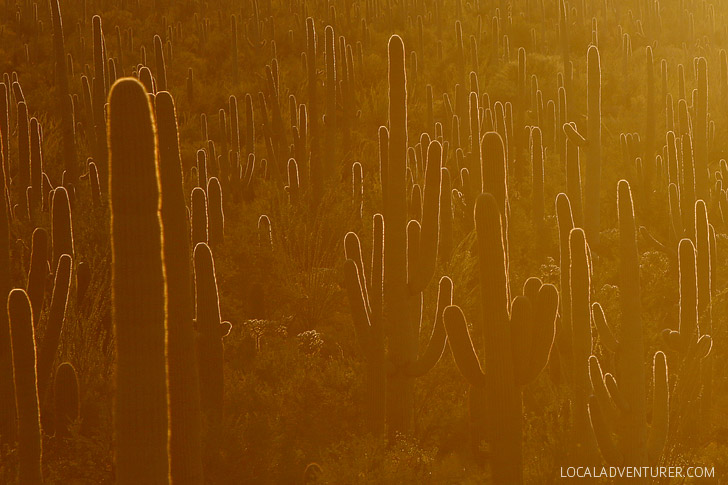 This museum is technically just outside of the park grounds but is still worth the stop when you’re exploring the National Park. Contrary to its name, it’s more of a zoo than a museum. You’ll get to see all the wildlife that reside in the Sonoran desert. Pro tip: Spend at least 3 hours here if you want to see everything. Full post coming soon! 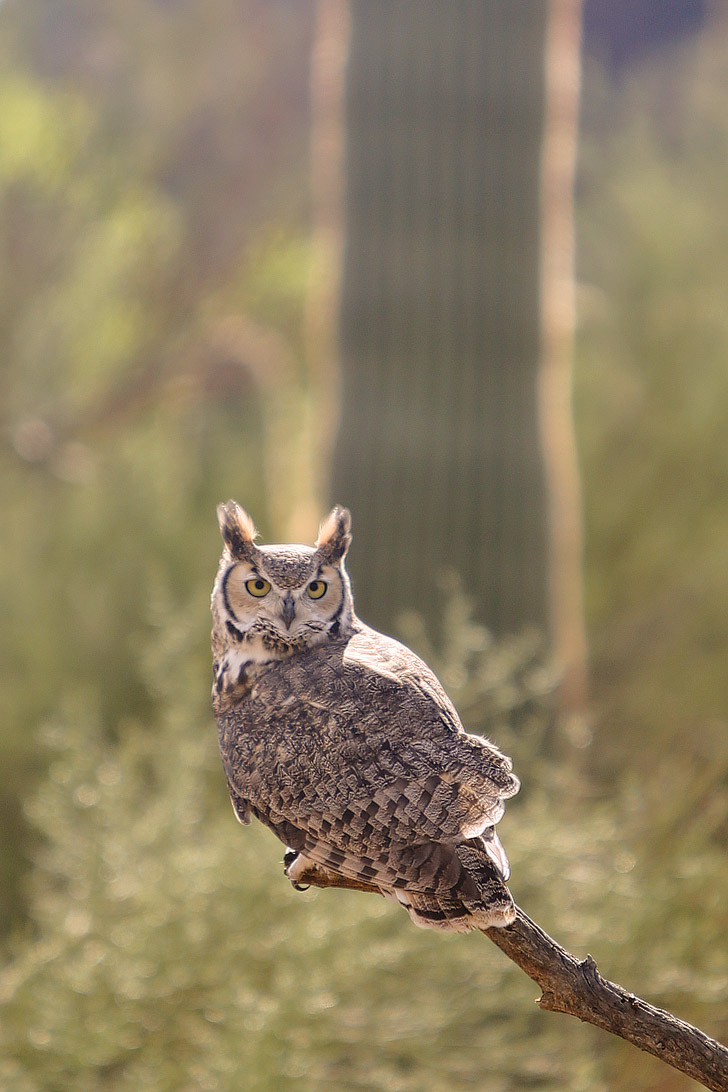 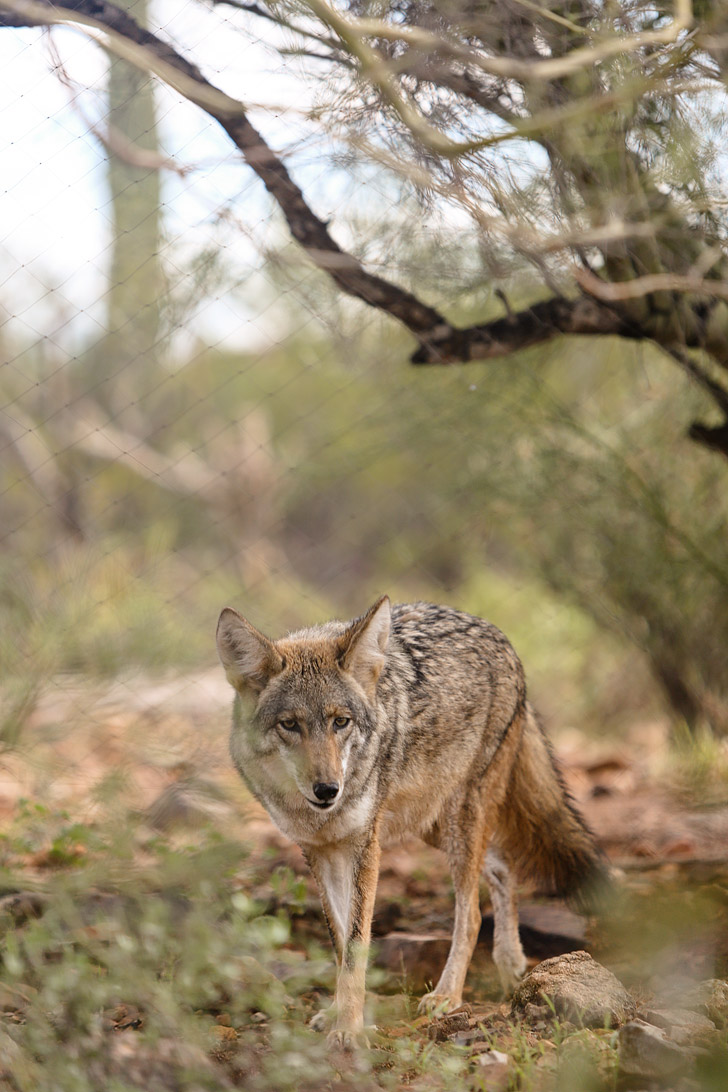 MAP TO HELP YOU GET AROUND SAGUARO NATIONAL PARK

PRO TIPS FOR YOUR VISIT TO SAGUARO NATIONAL PARK

Would you want to do the east or the west most?