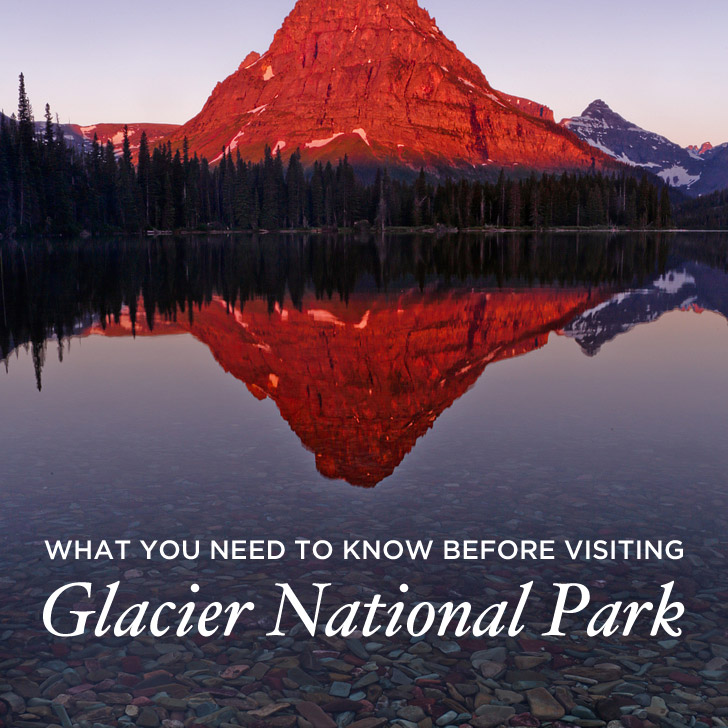 When we decided to visit Glacier National Park, we scheduled to be there at the end of June, not realizing that some parts of the park were still snowed in and closed at the time. Luckily, Going to the Sun Road just opened for the season the week before we arrived. That opened up a lot of the park. Needless to say, there is plenty we would have loved to know before visiting the park. 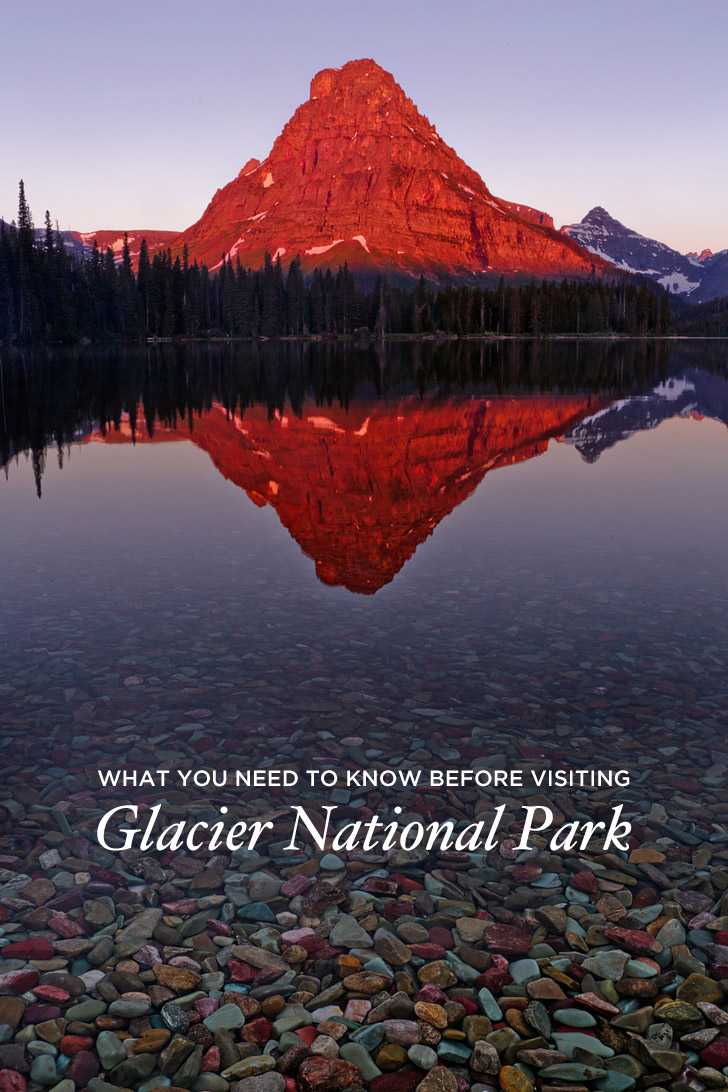 WHAT YOU NEED TO KNOW BEFORE VISITING GLACIER NATIONAL PARK

Where to Stay and Go

This all depends on your preference. You can camp, RV, stay in a nearby town, or stay at one of the park lodges. All four parts of the park have all these options. Before getting into each, you first need to understand where in the park you want to stay.

More: 9 Incredible Things to Do at Glacier National Park MT 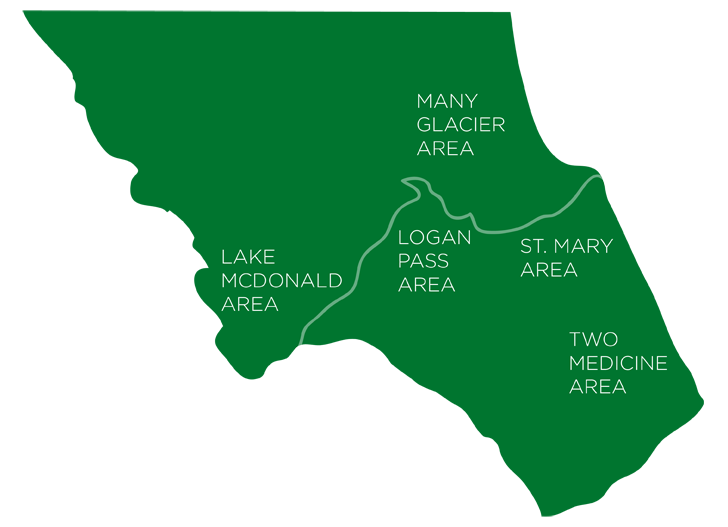 The Five Main Areas of the Park

If you want a campground inside the park, this site gives you the most updated info. As you can see, each location offers all types of lodging: tent camping, RV, lodges. The one thing you’ll want to keep in mind is that whatever you choose, spots fill up quickly in the summer.

We stayed at a KOA that was 5 minutes from the West Entrance. Though we enjoyed the sunset views at Lake McDonald every night, if we were to visit again, we’d probably stay at Many Glacier or Saint Mary’s since the better hikes are there. Plus, more bears!

If you’re there to shoot beautiful photos, here are some things that are good to have. We’ve linked the ones we currently use, but there are plenty of options out on the market.

Where to Spot Wildlife

Yes, we mentioned bear spray and bells earlier, but this is bear country and we feel like there’s a lot you need to know. I was super pumped about photographing bears closer up until something terrible happened on our trip. Though this is extremely rare, there was a bear mauling right by our campsite. The person who was attacked and killed was a local US forestry officer. He knew his stuff but just happened to be at the wrong place at the wrong time (same for the bear). So sad! Now, I’m okay with not seeing one while I’m hiking. Yes, you’re more likely to be killed by a dog than a bear, and yes, I may have read way too many stories about predatory bears, but it’s better to be safe than sorry.

As exciting as it is to see a bear, keep your distance. It’s tempting to get closer to take photos, and even if you see others doing it, it doesn’t mean you should too. It’s recommended to keep 100 years away – think a football field’s length. This holds true with roadside bears too! Don’t teach the bears that it’s okay to be close up to humans. Even if it’s not just for your safety, do it for the safety of the bears. The ones that get used to humans end up getting killed.

Tips for Hiking in Bear Country

If You Encounter a Grizzly Bear

If You Encounter a Black Bear

Easy right? I feel like in the moment, it’d be so hard to remember all of that. Just look fo dat hump! I can only hope that I can stop myself from running. Whatever you do, be BEARY AWARE. ;)

Also, you need to keep 25 meters (82 ft) away from other wildlife no matter how docile they look. Did you know that if charged by a bighorn sheep, they can shatter your bones?

Need suggestions on what to do? Here are 9 Things You Can’t Miss at Glacier National Park.

Have you ever encountered a bear? Where and how? Or would you want to?

BLACK CANYON OF THE GUNNISON NP 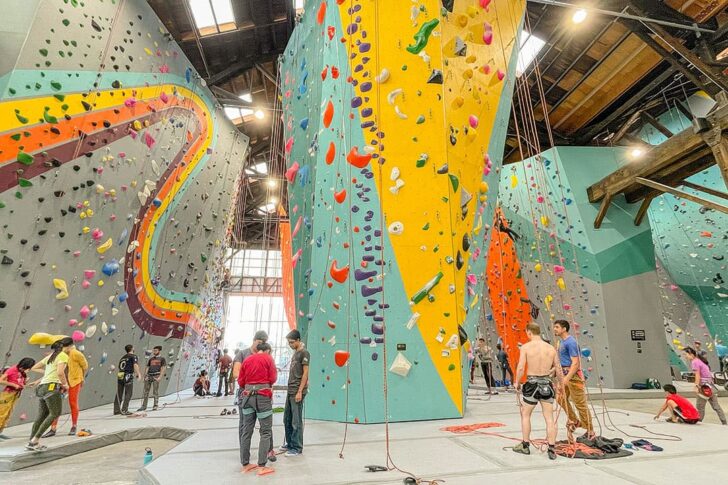 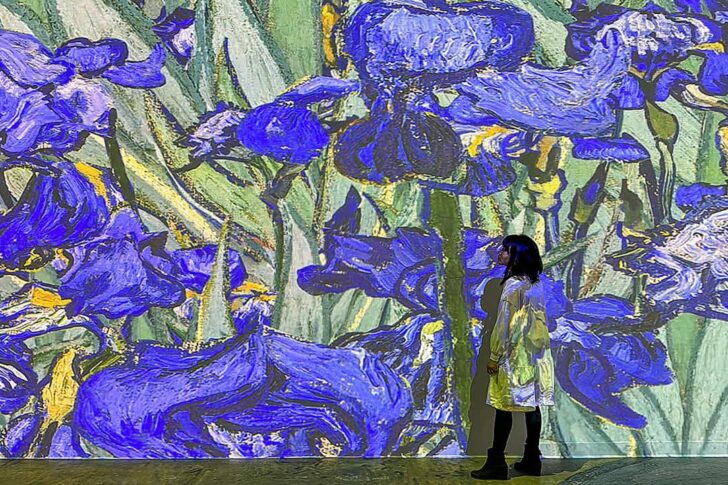 Immersive Van Gogh Exhibit – What You Need to Know 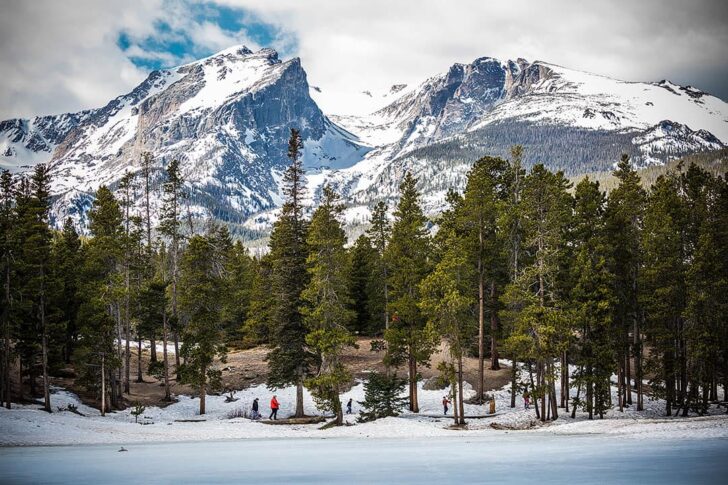 10 Best National Parks to Visit in February + 1 to Skip