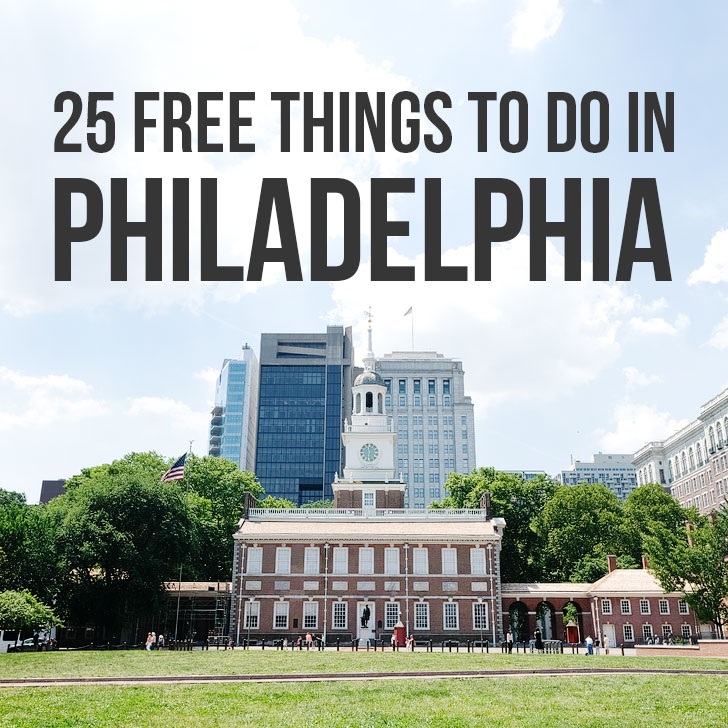 If you’re looking to have a fun time in Philadelphia but don’t want to open up your wallet, no worries. There are plenty of ways to explore the city without spending a cent. Everything from historic places brewery tours, we’ve got you covered. Seasonal and special events are at the bottom. 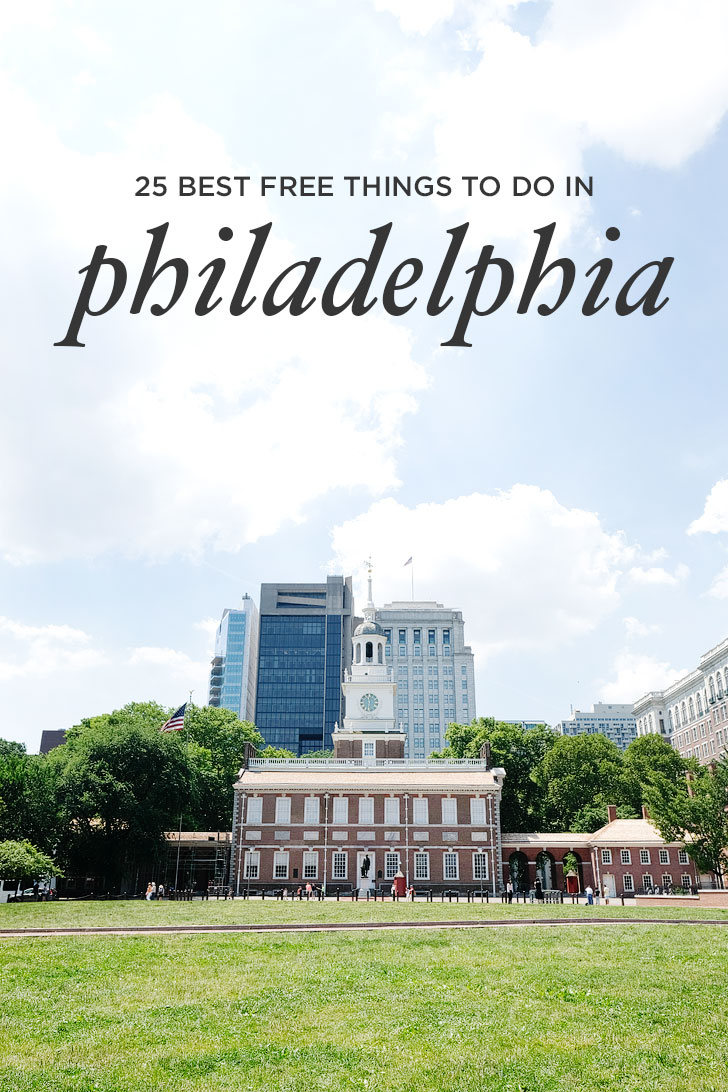 25 Free Things to do in Philadelphia

It’s a museum dedicated to one thing, all things pizza!

Take a free self-guided tour of the unfurnished home where Poe lived and we dare you to go into the basement!

Hang out in one of the oldest parks in the city. It was sketched into William Penn’s original plan for the city.

This is the place to get up close and personal with an original Andy Warhol painting.

Independence National Historical Park is a National Park unit, and some notable landmarks within the park are Independence Hall and the Liberty Bell Center (you can no longer ring the bell).

Independence Hall tickets are FREE. There is no charge for same day distribution (non-reserved) tickets obtained at the Independence Visitor Center on the day of your visit, but there is a handling fee of $1.50 per ticket if you want advance reservations.

More: Your Complete List of All National Parks in the US 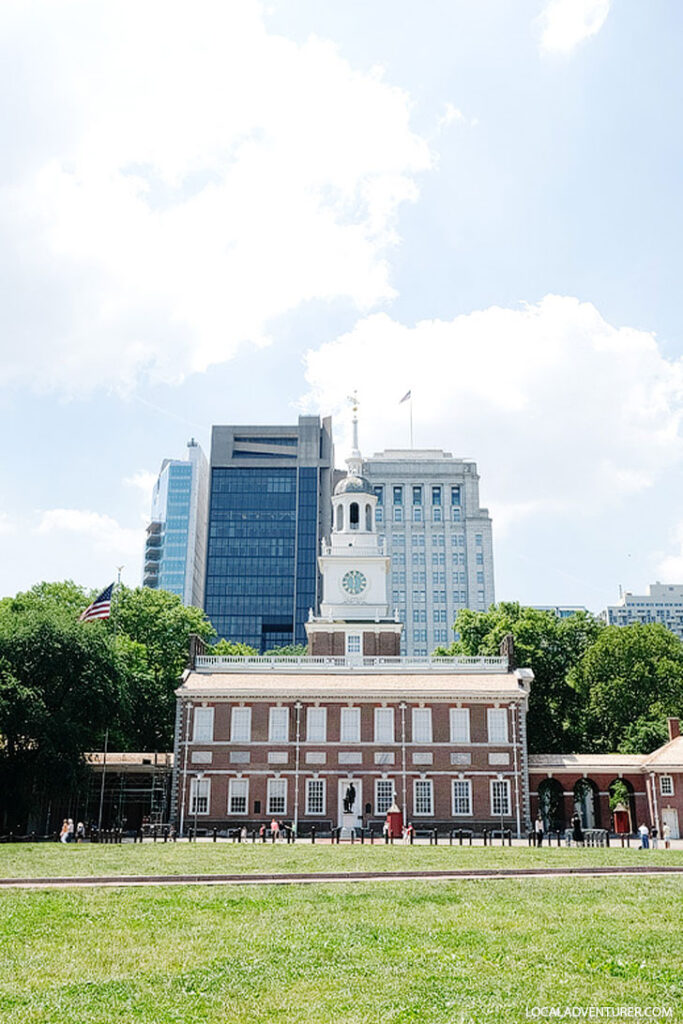 Free tours are offered on Saturdays and Sundays only from 12 pm to 4 pm.

See coins being made! The tour is free and self-guided and takes most people about 45 minutes to do.

10. Yoga on the Race Street Pier

Free, hour-long yoga sessions are here on any given day of the week. They welcome your kids and pets to join you by your side, too! Depending on the day and season, yoga session times vary. Donations are welcome.

Hang out in a hammock at the Spruce Street Harbor Park. A perfect spot to disappear from the heat of the city and hide behind a book or your sunglasses.

It’s one of the largest and oldest public markets in the US and has been around since 1893. Open 8 am to 6 pm every day. 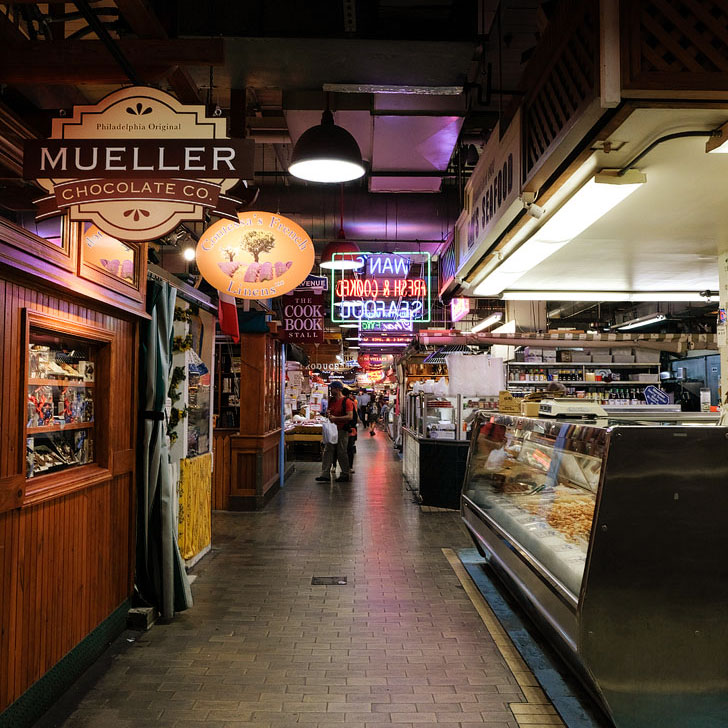 Challenge your nerves at the Drexel University College of Medicine Bookstore. On display is the dissected nervous system of Harriet Cole, the college’s former cleaning lady.

14. The Fabric Workshop and Museum

Express yourself with a new medium at The Fabric Workshop and Museum.

Have a shoe fetish? Check out hundreds of pairs of shoes dating back to Ancient Egypt at the Temple University School of Podiatric Medicine. Entry is free but you will need to schedule your visit in advance.

Bring a friend or meet a new one at the whispering bench at the Ellen Phillips Samuel Memorial.

Run up the steps and then down again to take a selfie with the Rocky Statue! The Rocky Statue has been moved to an area at the bottom of the steps leading to the PhilaMOCA. 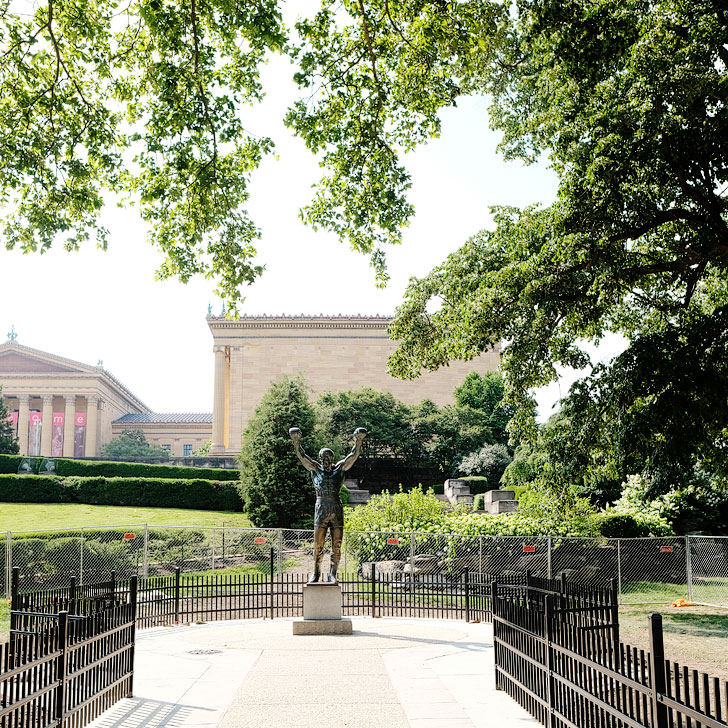 It has been free and open to the public for nearly a 100 years. See the 55-acre grounds with beautifully manicured gardens once home to a Quaker family.

Did you share in having a childhood dream of being a fireman? Well, you can continue the dream at the Fireman’s Hall Museum.

It’s made up of 100,000 pieces of Tiffany Glass in the lobby of the Curtis Center.

Visit the newly cleaned up Mount Moriah Cemetery where over 80,000 people are buried.

Explore the trails and over 300 species of birds spread out over 1,000 acres at this nature preserve.

Take a stroll thru this quaint neighborhood west of City Center. 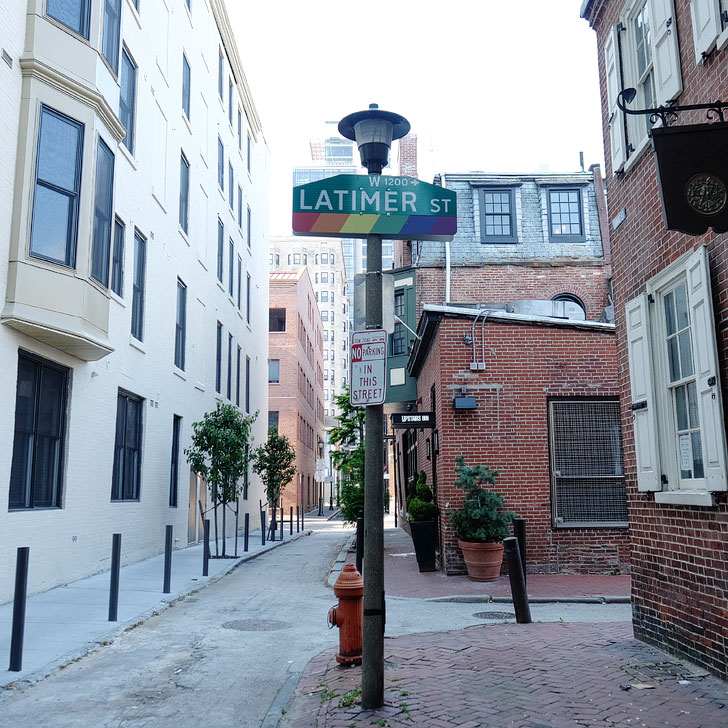 300 Broad St, 19102, map
Learn more history through a free tour of the Kimmel Center for the Performing Arts. Also, every month they offer a handful of free shows.

Map of Free Things to do in Philly

More Free Things to Do in Philly

Which of these have you done? Did we miss anything? 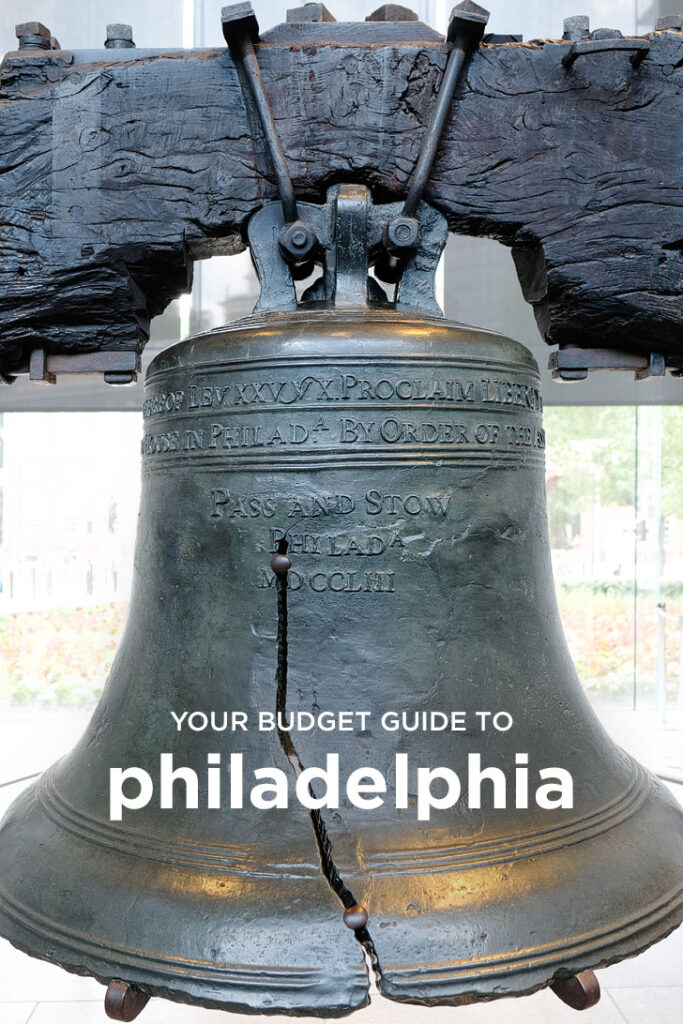 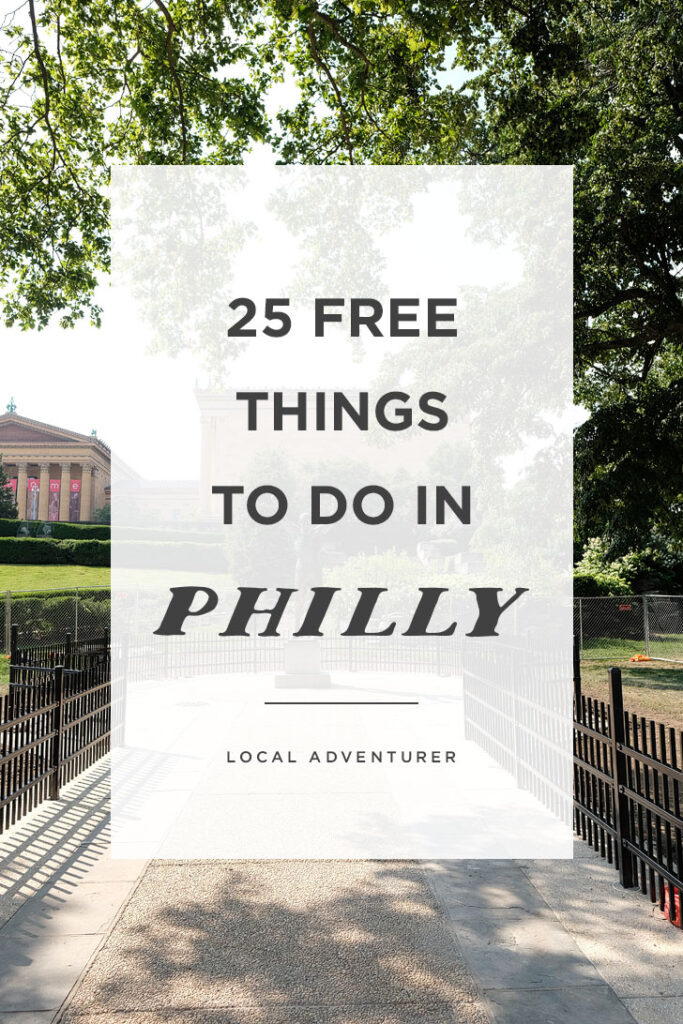 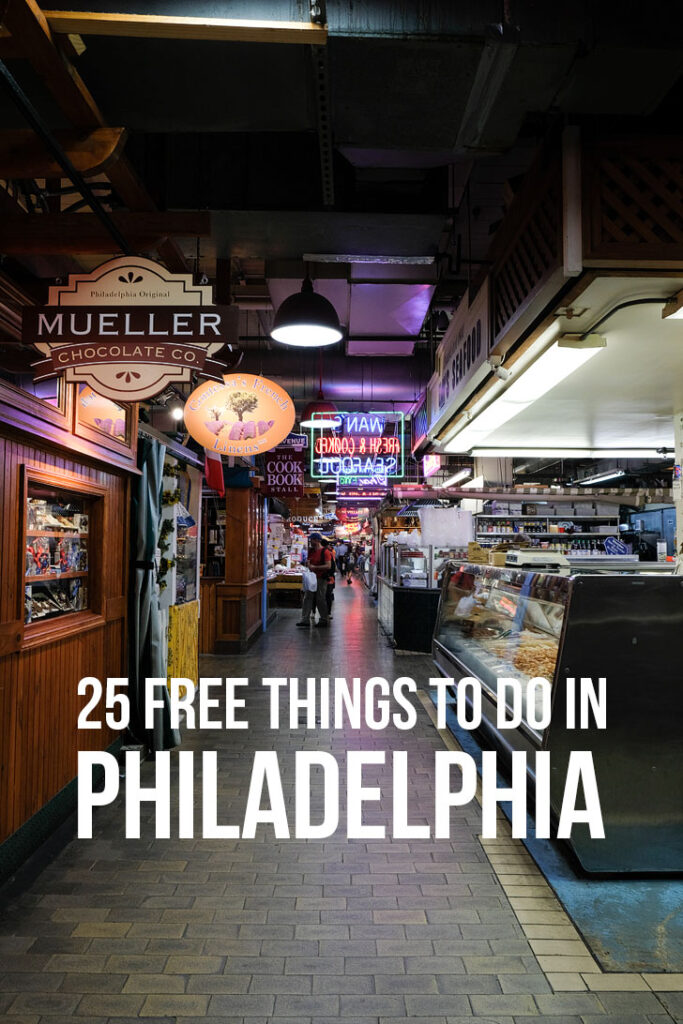 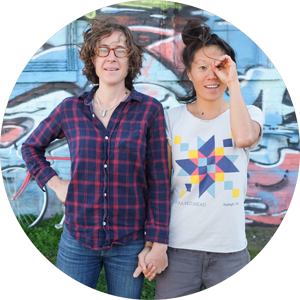 They are freelance web designers and photographers who love finding adventure, both big and small. The two make a daily practice of sharing vulnerabilities, truth-telling, and side-splitting laughter. They’ve honed the art of traveling fast and doing all of the things that an adventurer can do in a day or two. The couple lives in Asheville, North Carolina and spend as much time as possible in the mountains. 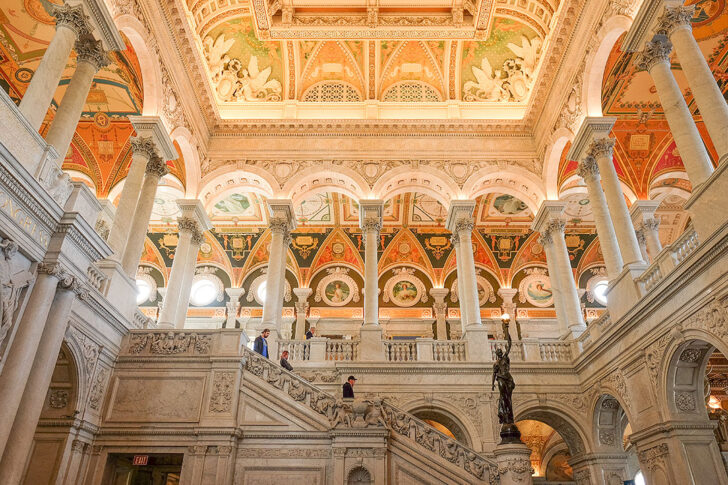 25+ Best Free Things to Do in Washington DC 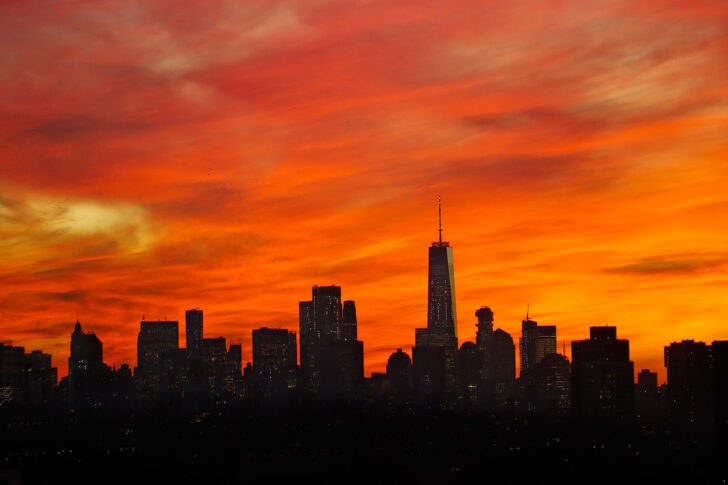 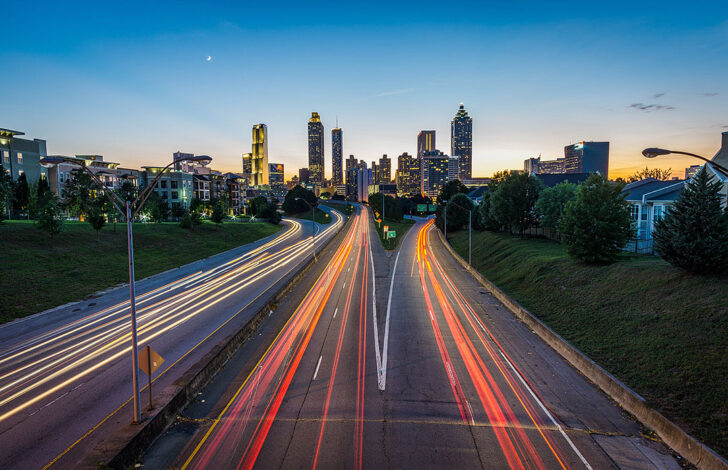 17 Free Things to Do in Atlanta

Tags: Free Things to Do Near Me, Local Adventures, Museums Near Me