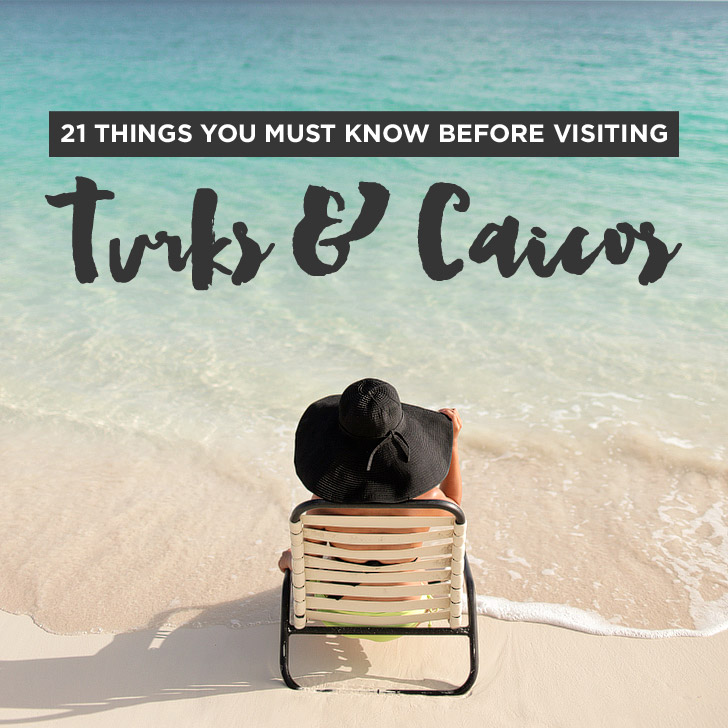 We just got back from Turks and Caicos last week, and we’ve already heard that several of you are heading there this fall or winter! :) We’re so excited for you and for all of you who are going to go at some point in the future.

Turks and Caicos is in the Caribbean just south of the Bahamas. We explored Providenciales (Provo), which is the largest island in population and was voted the best beach destination in the world by Tripadvisor in 2011, and is currently at number 2. 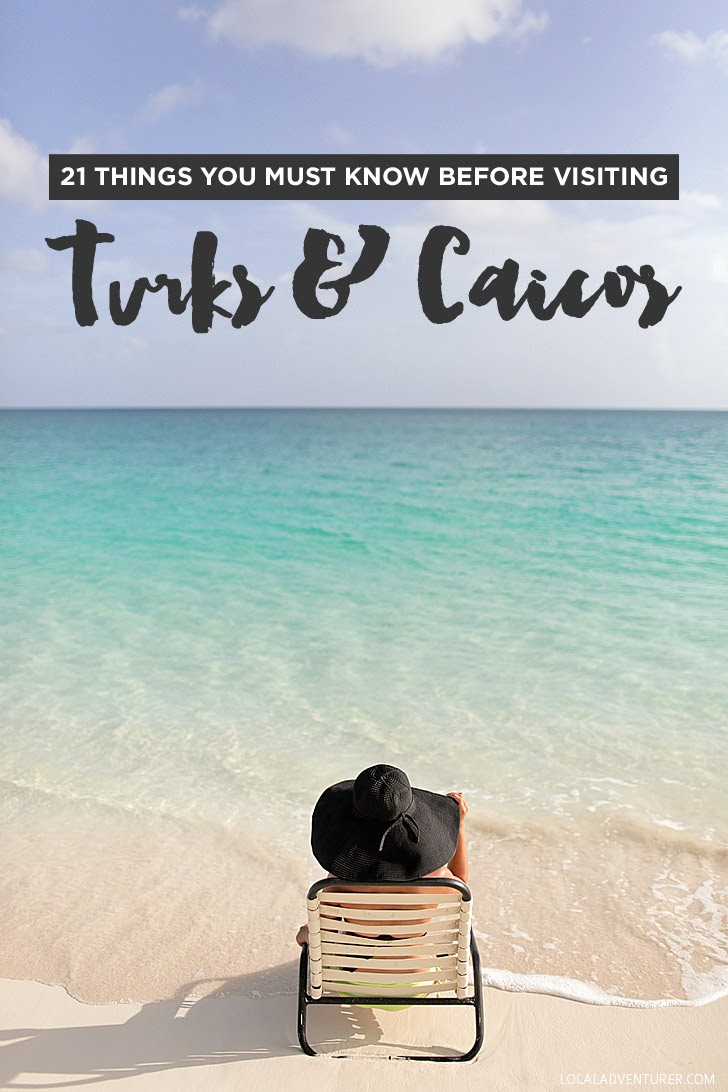 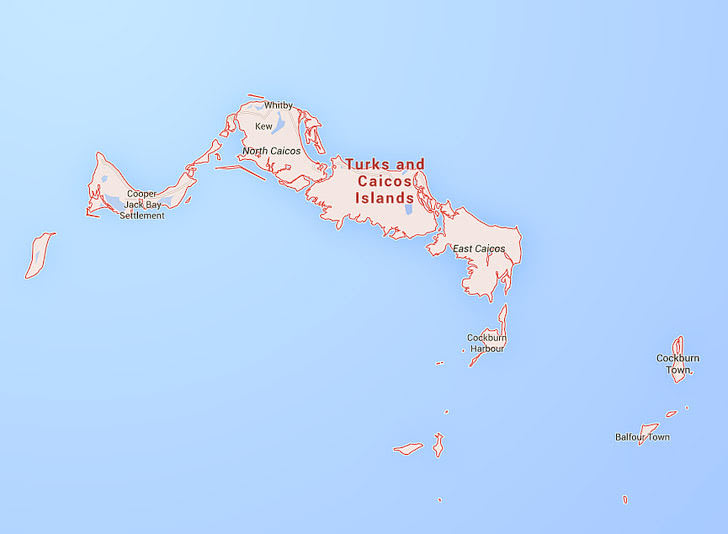 21 THINGS YOU SHOULD KNOW BEFORE VISITING TURKS AND CAICOS

They are a British territory, and everyone speaks English. The people who are from Turks and Caicos were originally from Africa and call themselves “belongers” rather than natives. The actual natives to these islands were previously killed off by the Spanish. Tip from our taxi driver: Though their accent may sound really similar to a Jamaican accent, don’t be that ignorant American that asks if they are from Jamaica. They will be very offended.

2. Their Currency is the US dollar.

They speak English and they use US dollars? Makes it so easy for Americans to travel!

The dollar currency brings in a ton of tourists from the US. Approximately 80% are from the US, 10% from Canada, and the last 10% from the rest of the world¹. The entire time we were there, we saw one Canadian couple and everyone else was from the US.

Pricing is still very expensive. Food at restaurnats and groceries are at least 2 times the cost in the States. A case of Corona costed $69!!! Needless to say, we were not having coronas on the beach. Turks and Caicos has been known to be a luxury destination for the wealthy and celebrities to hide away, but tourism has been making a push to open it up more to the average traveler.

It’s about 15-20%. Some places already add service fees (ie. hotel service fees are split among all the workers).

7. TCI is a year round destination, but there are busier seasons.

Their busiest season is from mid-Dec to mid-April. While we were there, we heard Dec is their busiest month. Off season varies from hotel to hotel, but generally runs from mid-April to mid-Nov. This may all be changing as TCI has been making a huge push for tourism. When we went in July, everyone on the island still considered it busy season. Travelers on a budget should consider going June through mid-Dec, when the rates are 40% less than the winter rates and 2/3 less than the holiday rates.

8. Cabs are per person, not per ride.

From the airport to Grace Bay, we spent $16.50 per person. On the way back, however, they charged $14 per person. The resorts confirmed these prices are typical.

do not go to the Caicos Islands because of the barrier reef. You will most likely be visiting Grand Turks, which relies heavily on cruise tourism. They only have a couple resorts, whereas Provo Island has more options in terms of resorts, excursions, and food.

More: The Best Time to Go on a Cruise – Your Essential Cruise Calendar + What to Pack for a Cruise

Driving is on the left side of the road and sometimes with right side vehicles. Such a bizarre feeling riding in one of those! We didn’t end up renting a car, but we realized it is worth it if you have at least two places you need to travel to by car in one day.

11. You can drink the tap water, but you’re not gonna like it.

The tap water is safe, but it smells and tastes like sulfur. Bottled water is expensive. We tried different brands of the gallon water jugs from the grocery store, and they tasted like plastic. I guess they have been leaving them out in the sun. Consider bringing your own filter!

If you want to eat lobster, make sure you go between Aug 15 to April 1st. If it is not lobster season, it is illegal to catch them, so you won’t find them in any restaurants. No lobster for us! :(

Turks and Caicos has the 3rd largest barrier reef and several top diving spots in the world. If you have ever considered getting scuba certified, do it before this trip! We didn’t have time to get certified and missed out on a lot of amazing diving sites. If you have your own gear, bring them! There are plenty of snorkeling spots where you can enter from the beach. The Bight Reef and Smith’s Reef are popular spots. Also on excursions, they provide you with gear, but the quality can vary. Some of the nicer resorts also provide free snorkel gear.

More: How to Pack for a Snorkeling Trip + Snorkel Safari at Turks and Caicos

Turks and Caicos is known for its abundance in conch. They have the first and only commercial conch farm in the world. We also caught so many during our snorkeling trip. Many excursions will include a conch salad. Conch are also becoming endangered, but the government does not have regulations on fishing them.

More: Visiting the Only Conch Farm in the World

15. Take what you can find or leave it behind?

From a conservation standpoint, most places tell you not to take anything to preserve nature. However, even on the brochures for tours, they encourage you to collect whatever you want – conch shells, sand dollars, etc to take home with you. It can be confusing when everyone tells you something different. As mentioned above, the government has no regulations even if it’s ruining the ecosystem, so it’s up to you.

Some excursions will not allow you to join if you are not using coral safe sunscreen. An estimated 4,000 to 6,000 metric tons of sunscreen from swimmers’ bodies are deposited into the ocean annually². Pretty much any of these sunscreens are coral safe, but if you’re looking for one at the store, just check and make sure it doesn’t contain oxybenzone (benzophenone-3), butylparaben, octinoxate (ethylhexyl methoxycinnamate), or 4-methylbenzylidene camphor (4MBC). Jacob and I shared sunscreen and went through an entire 3 oz bottle and then some. Bring one 3 oz bottle per person to be safe since sunscreen is not cheap on the island.

17. Protect yourself with sea lice lotion.

if you don’t want to be stung by jellyfish or sea lice (jellyfish larvae). We got stung in several places, and while it wasn’t unbearable, it would have been nice to know it could have been prevented. Also, there are tons of mosquitoes depending on where you stay, so don’t forget your bug spray, too.

I kept hearing everyone say the service is incredible in TCI, and how everyone bends over backwards to make sure you feel pampered. We found that half were really nice, the other half seemed unhappy with their jobs, and one person was extremely rude. I’m not sure if it’s because they were aware that we were media and thought we wouldn’t tip (we always tip if we have decent service) or if it was because they don’t like Asians or if they’ve had a previous bad experience with both. *shrug* We just didn’t feel the love. Don’t get me wrong, we had a wonderful experience overall, but we were baffled that they boasted about their hospitality.

19. No one on the island has a sense of travel time!

If you ask people how long it takes to get from point A to point B, whether it be driving, walking, or whatever else, it may not be accurate. The employees at our Stand up paddleboarding location told us it’s a 10 minute walk to the conch farm, but it turned out to be more like 40 (and felt like an hour and a half in the heat). We weren’t walking slow either.

If you want to visit the Conch Caves of Middle Caicos, expect to do a full day excursion. Most companies will only book one tour a week.

Many of the resorts provide bikes for you to get around town. They are first come first serve. Not many people walk. Everyone thought we were crazy for wanting to walk a mile to get to our next excursion. And midway, we realized how crazy it was too. It was so hot! Lesson learned! Take the bikes when possible! Walking half a mile into town in the evenings wasn’t bad.

We’re writing out more detailed posts for where we stayed, but we wanted to quickly mention that we would highly recommend staying at:

We were not happy with:

Is Turks and Caicos on your travel bucket list?
What has been your favorite beach destination in the US or abroad?

A big thank you to The Somerset, Ocean Club West, and HomeAway for hosting our stay.
All opinions, photos, and text are our own.
Thank you for supporting the brands that make Local Adventurer possible.