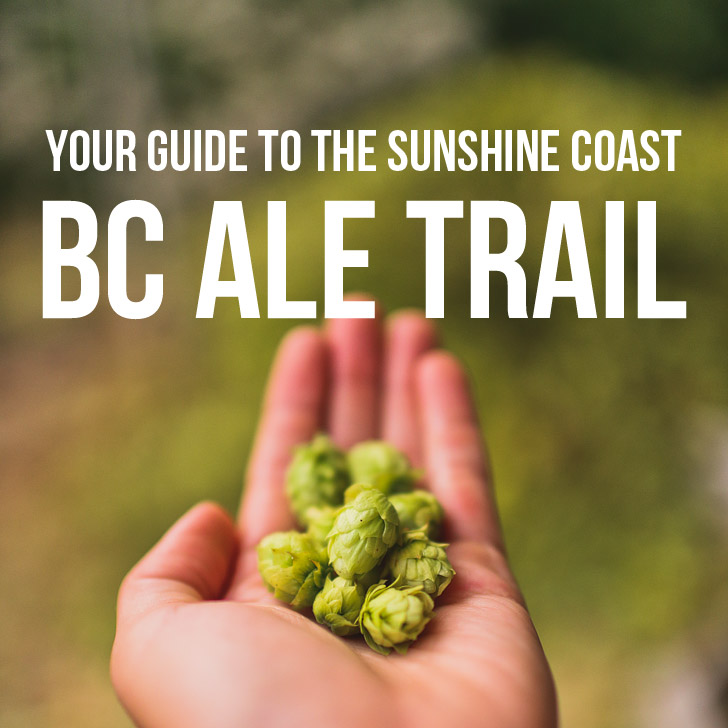 Thank you BC Ale Trail and Sunshine Coast BC for sponsoring this trip and post.
As always, all opinions are our own.
Thank you for supporting the brands that make Local Adventurer possible.

We love trying beers when we travel, but we also like to balance it out with being active outdoors. We put on some serious pounds when we were trying new beers a few times a week and had a more sedentary life in Atlanta. A couple weeks ago, BC Ale Trail and Sunshine Coast invited us up to try their beer and explore their great outdoors. It was the perfect way to blend our two loves.

The BC Ale Trail is made up of 15 individual regions. Each one has its own flavor and lets you explore a different part of British Columbia. The best part is that no matter where you are in BC, you’ll have easy access to its beautiful scenery. Today, we’re sharing more about the Sunshine Coast region of the BC Ale Trail. Besides brewing delicious beers, Gibsons Tapworks aims to be a community hub for locals and visitors. Their tasting room features local artists’ on the walls, and they also host live music. Persephone is a unique brewery because it runs a farm, where they grow some of their very own hops. Besides sourcing ingredients locally, they also partner with a local Community Living organization to employ disabled adults. Be sure to try the food they make on-site in their outdoor wood-fired oven. Located in the old Federal Building, Townsite is a popular spot amongst locals and the only brewery on the north side of the Sunshine Coast. We loved that everyone that walked in knew each other. On top of that, they have the only Belgian-born brewmaster west of Montreal. They name their beers after local sites, so see if you learn a thing or two as you enjoy their beers. THE 15 BC ALE TRAILS

KELOWNA: The Heart of the Okanagan SQUAMISH: Explore Sea to Sky in Search for Craft Beer OUR FIRST BREWERY TOUR ON A CRUISE

Thank you BC Ale Trail and Sunshine Coast BC for sponsoring this trip and post.
As always, all opinions are our own.
Thank you for supporting the brands that make Local Adventurer possible.