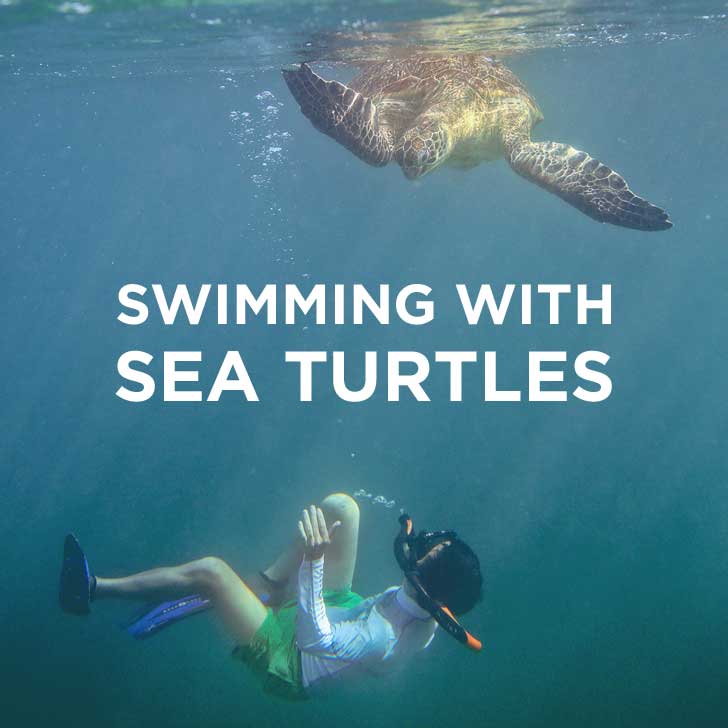 After an epic day of snorkeling with whale sharks, stingless jellyfish, and giant manta rays, we weren’t sure what else could top it. We’ve been on so many snorkeling trips, where under normal circumstances, you’re extremely lucky if you have a sighting or two. The skeptic in us didn’t believe that a place called turtle traffic meant you would actually get turtle traffic.

Within the first 10 minutes of getting in the water, we spotted a couple of sea turtles resting on the seabed, and after that, the sightings never stopped! We stayed in the water for roughly 2 hours and saw over 50 sea turtles swimming or sleeping. They were everywhere! Our guide told us that he’s never stayed in the water that long. Apparently most people are bored or tired after 30-45 minutes, but with so many turtle sightings, how could we get out?? One of them didn’t swim off and wouldn’t leave (also apparently rare), and gave us a chance to shoot some great close ups of him.

Green sea turtles are a rare sight in most parts of the world, but because of the marine reserve and conservation efforts, the waters near Maratua island are overrun with them! That means you’re almost guaranteed to see sea turtles here.

PRO TIPS FOR SWIMMING WITH SEA TURTLES IN DERAWAN INDONESIA:

Where have you seen sea turtles? What marine animal do you want to swim with?