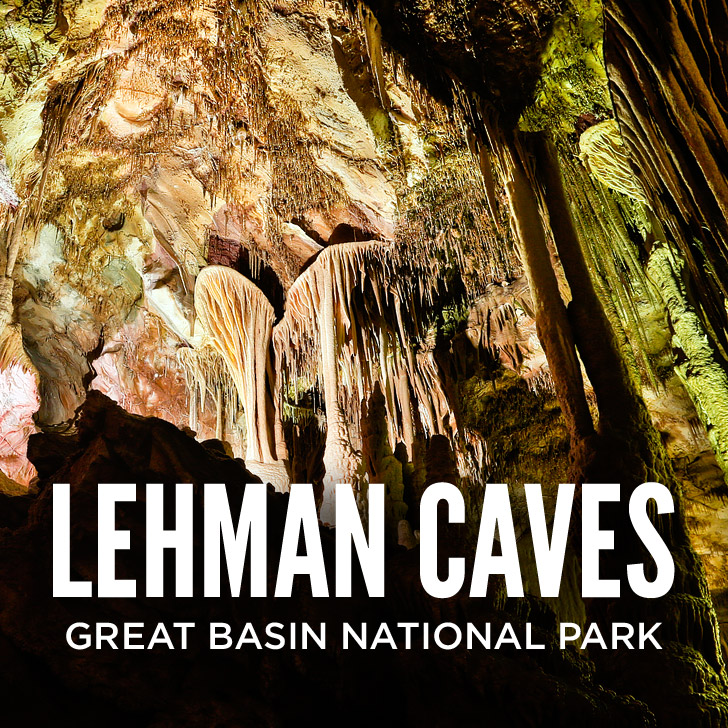 My eyes take a few seconds to adjust to the darkness as I threw on my jacket hood for protection. Are the bats going to start swooping down on us? Just seconds ago, I was standing in the warm sunlight, but now I’m surrounded by alien-like formations and complete stillness other than the sounds of water dripping in the distance. This was my first time in a cave like this. 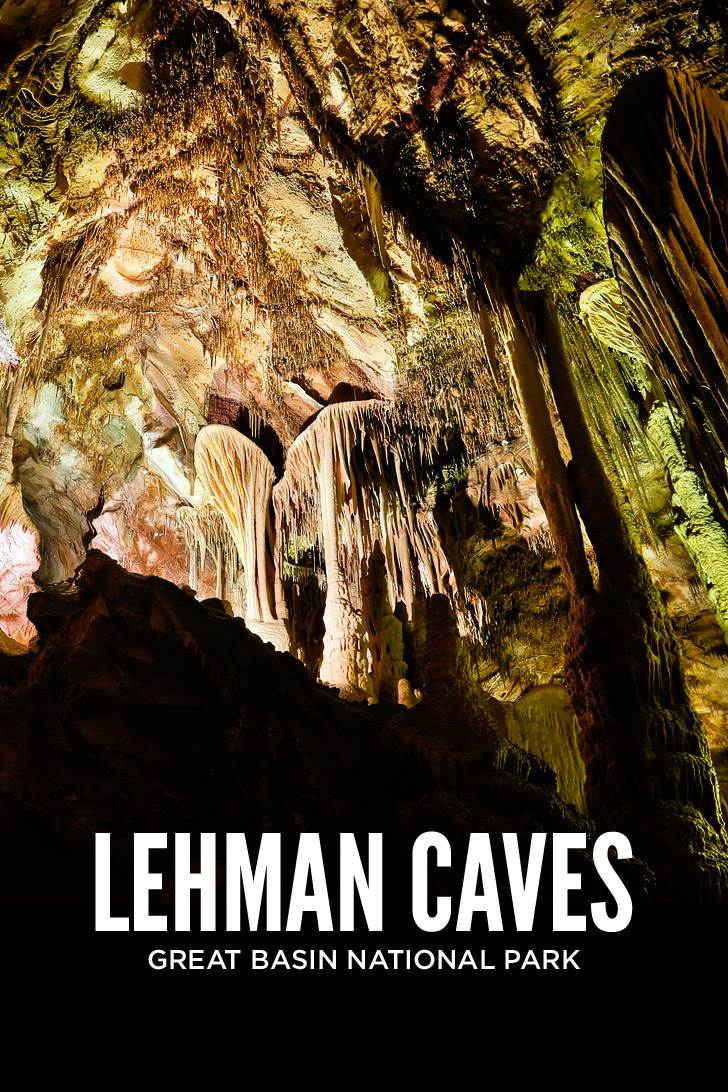 YOUR GUIDE TO THE LEHMAN CAVES TOURS

The Lehman Caves are the biggest attraction at Great Basin National Park. Cave tours are Ranger-led and offered daily and year-round, except for Thanksgiving Day, Christmas Day, and New Year’s Day. You can try your luck and book upon arrival, but you really should book your tour online especially for the busy season. The spots fill up fast. They suggest you book 3-4 weeks in advance for a weekend in the summer and 1-2 weeks in advance for a weekday in the summer.

See current prices of tours here. The schedule changes each year so check the site for the most up-to-date info. In general, they offer 5 of each tour a day during the summer, 2 of each in the Fall and spring, and 1 daily tour in the Winter. 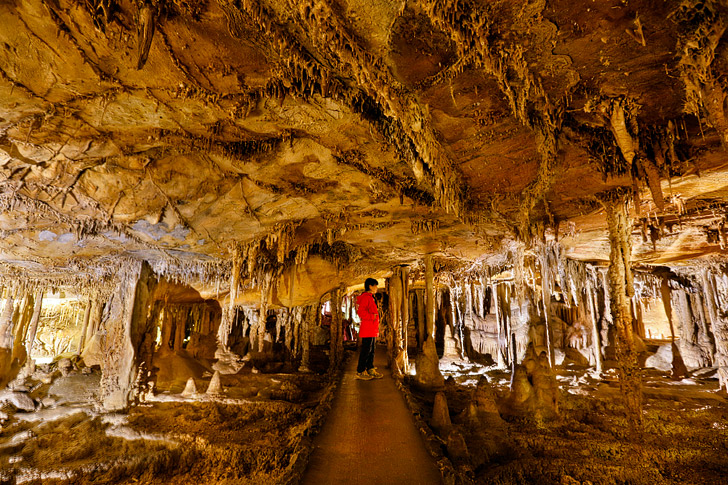 You can visit the caves year round. The temperatures stay a moderate 50 degrees F with 90% humidity no matter the outside temperatures.

Summer and Fall give you the easiest access to the park and will also give you the chance to explore more areas of GBNP that are typically closed in the winter. You also have more options for tours during the summer since they offer the most daily tours.

You will meet at the Lehman Caves Visitor Center, where there is a large parking lot.

HOW WERE THE LEHMAN CAVES FORMED?

Water has sculpted the Lehman Caves over millions of years. Geologists traced the beginning of the caves to roughly 600 million years ago when the area was covered by a shallow sea. As the mountain ranges formed and pushed up into the sky, cracks and fractures eventually created the limestone caves. Acidic ground water shaped the spaces, and eventually, when the water level dropped again, you could see the caves.

Water continues to seep through the bedrock, which results in all the amazing formations on the floors, ceilings, and walls. I love that it’s constantly changing, and the next time we’re back the caves will be slightly different. 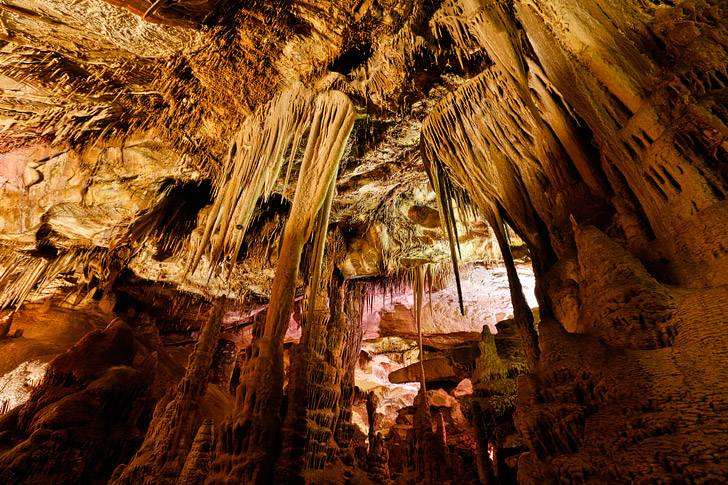 Here are few common structures to help you get started. Don’t miss the cave bacon!

Flowstone – sheet like formations found on floors and walls 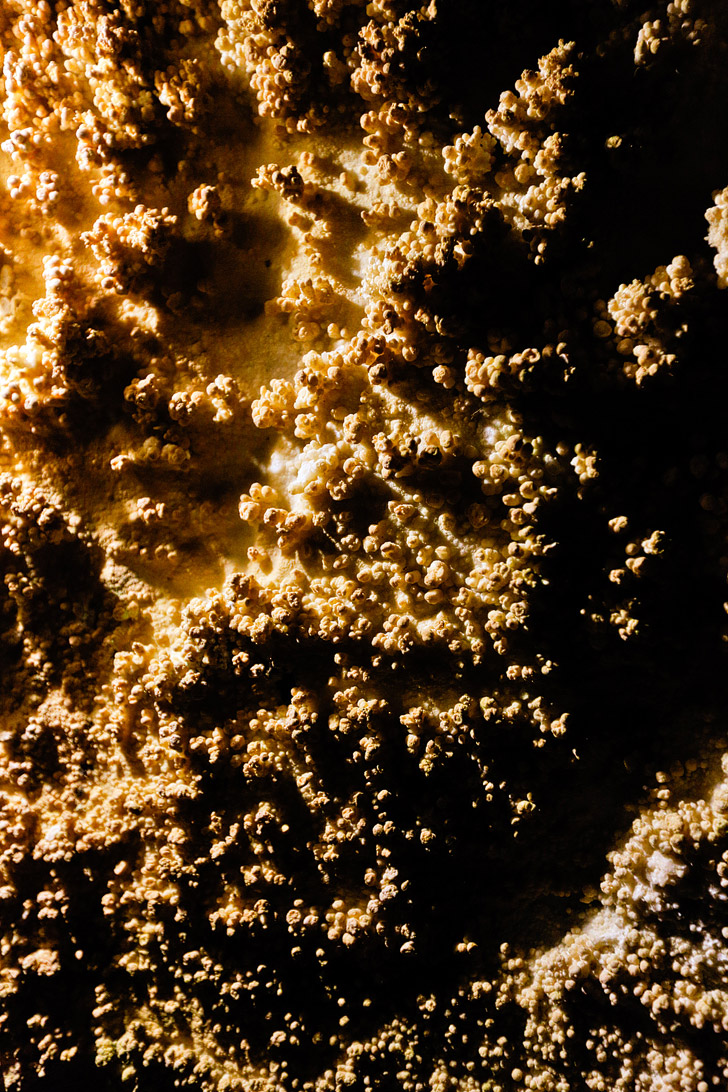 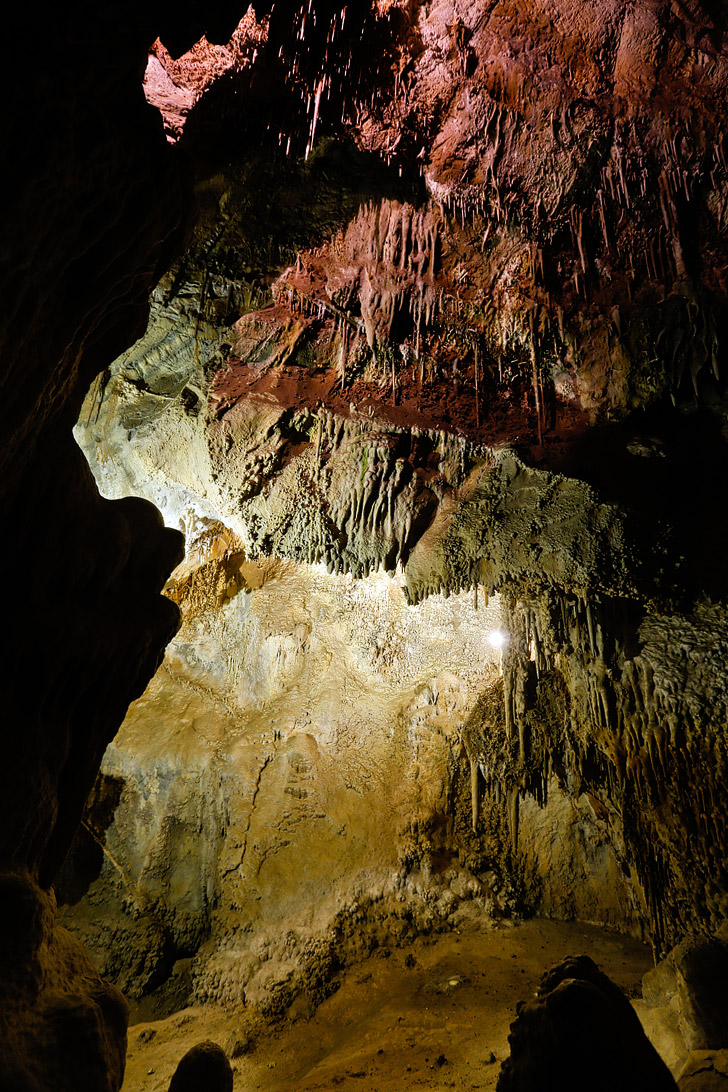 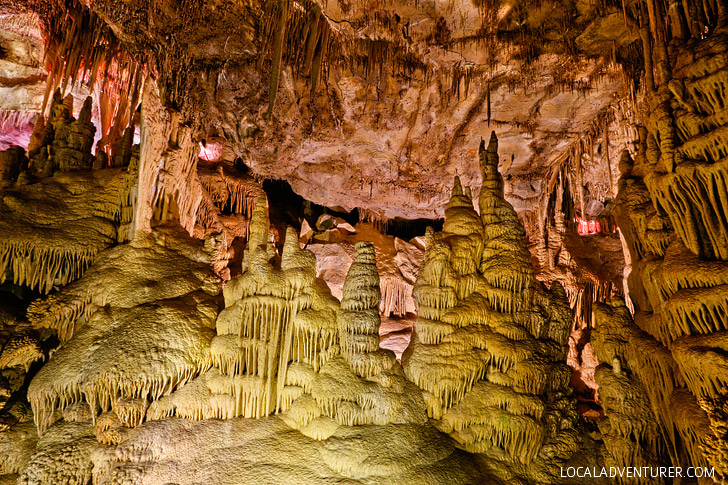 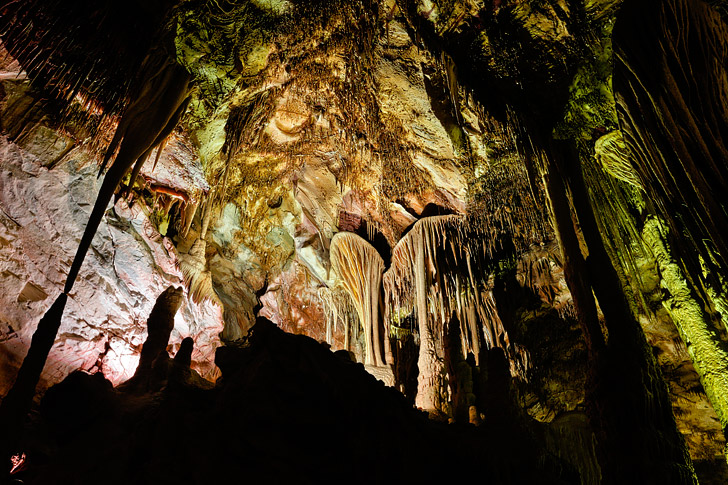 WHO IS ABSALOM LEHMAN?

Although the local Native Americans previously used the caves, Absalom Lehman was the first to bring tourists to the area. The first extensive Lehman Caves tour was in 1885, and he was the guide.

Absalom Lehman was born on January 6, 1827 in Chambersburg, Pennsylvania. Over his lifetime, he lived in Ohio, California, Nevada, and Australia, where he met his wife. He held a number of jobs, including mining for gold, owning a few wool stores, and ranching. It is believed that Absalom discovered the caves during his second stint in Nevada.

If you join a regular tour, you are only allowed to bring a camera (no tripods or bags). If photos are a priority, contact the visitor center and see if you can get a permit to do a private tour.

On a regular tour, you can still get decent photos. Make sure you set a high ISO and shoot with the lowest F-stop. Typically you’ll want to be shooting at a shutter speed of 100 or more unless your hands are really steady. You can also underexpose the photos around one stop so that the photos are the correct exposure.

Fixed lights light up the main formations. You can bring a headlamp or flashlight on the tour which you can use to light any features that may not have enough light.

If you are on a private tour, you can go at your own pace. The first few rooms are small and narrow, while the back rooms are much larger and expansive. If we had known that, we would have spent less time in the first couple of rooms. 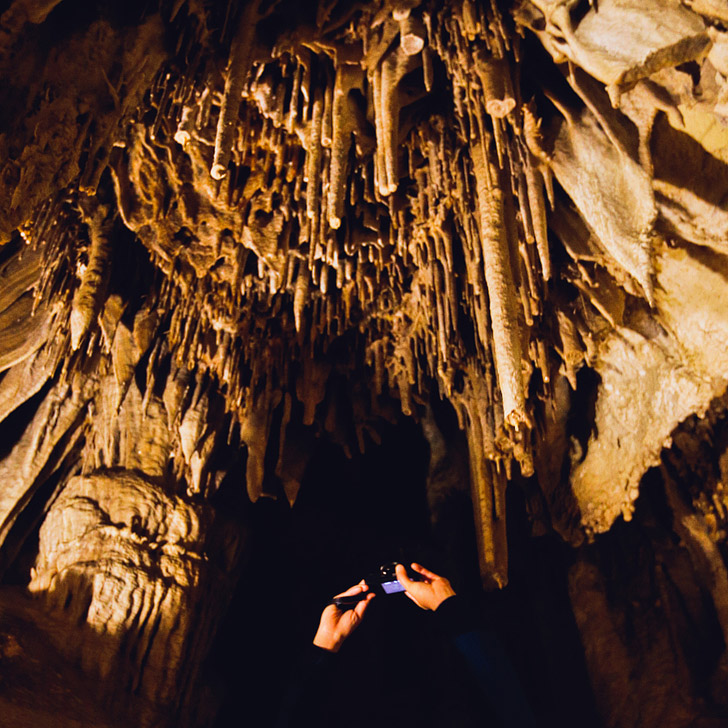 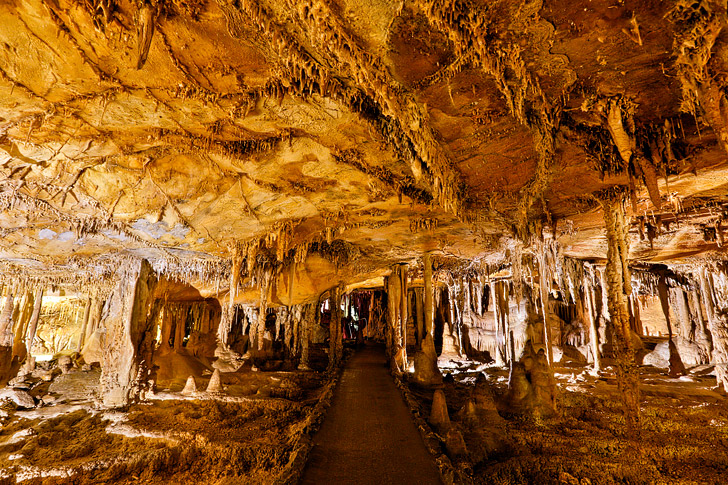 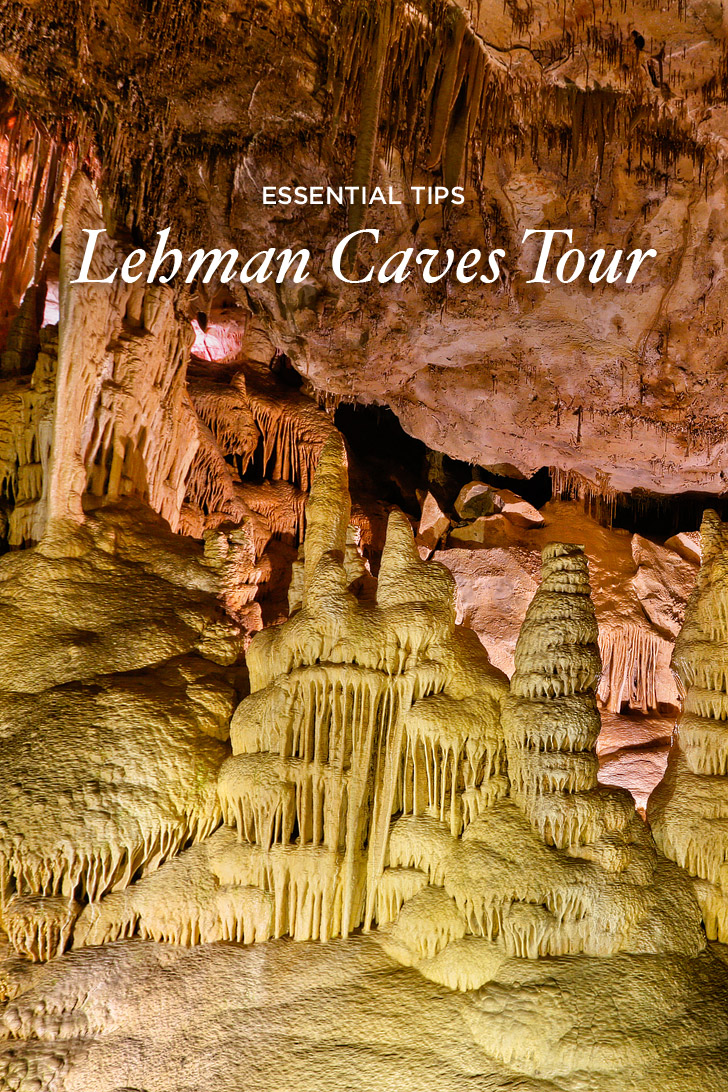 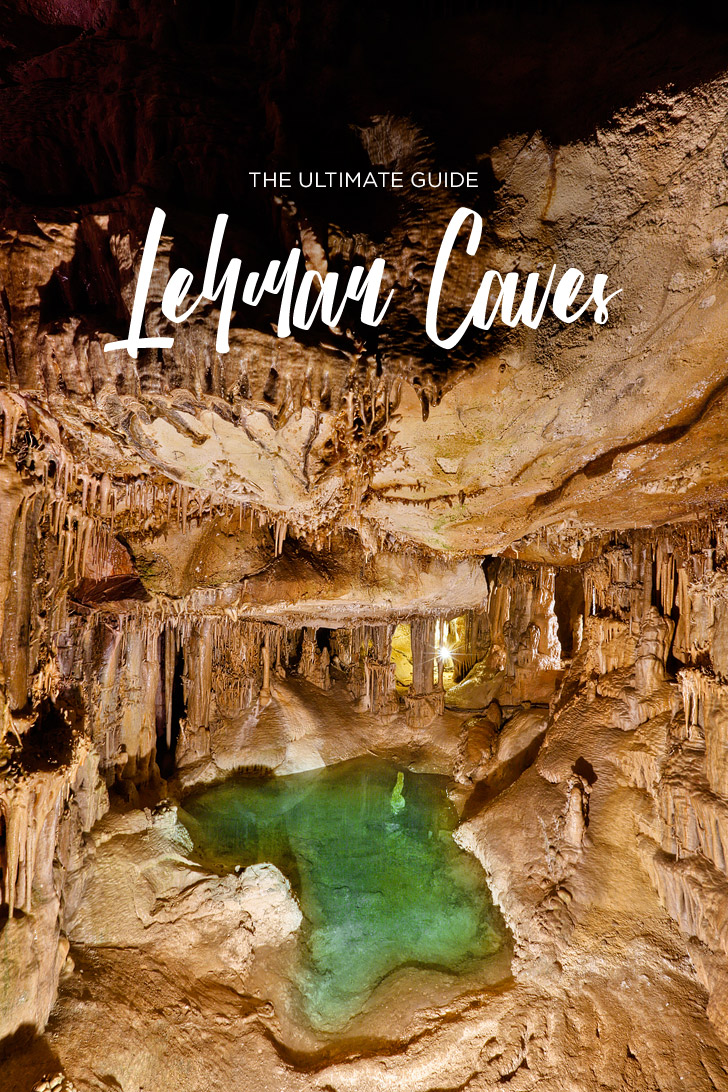 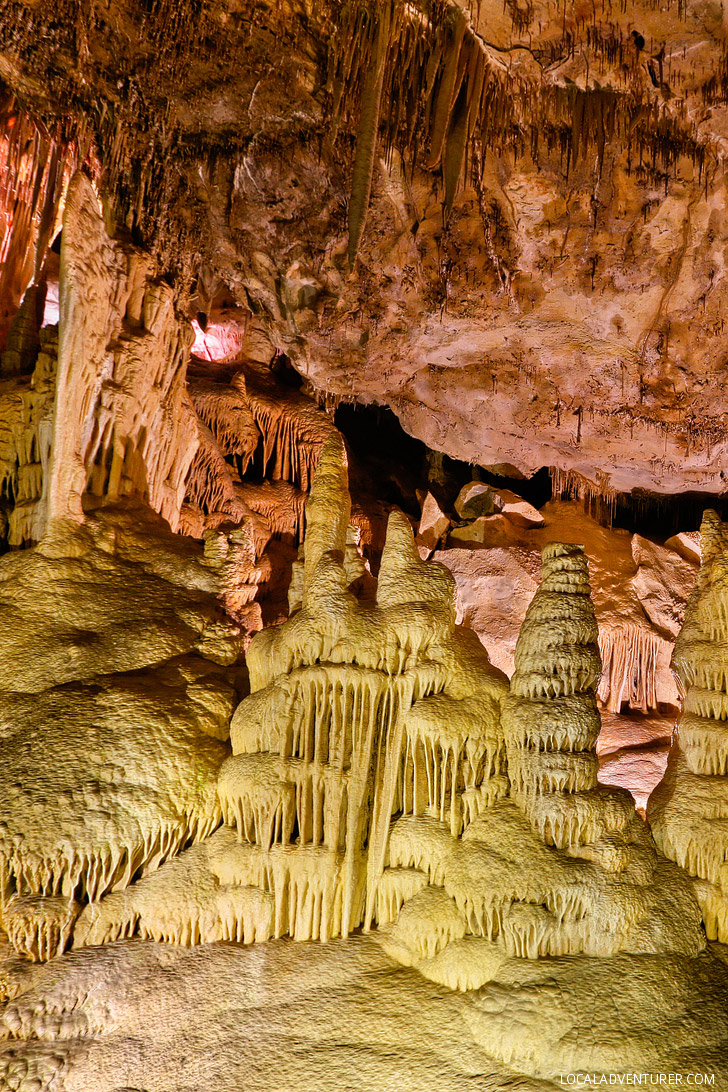 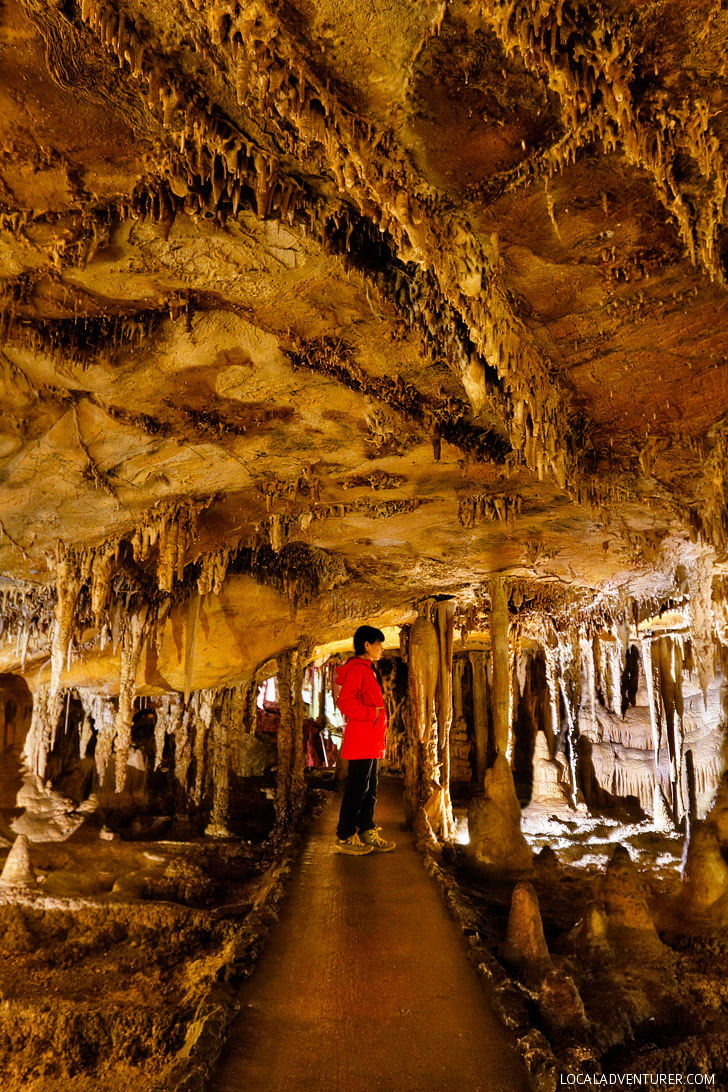 THE ULTIMATE GUIDE TO CRATER LAKE

11 AMAZING THINGS TO DO AT JOSHUA TREE

9 BEST THINGS TO DO AT BRYCE CANYON

BREATHTAKING THINGS TO DO AT YOSEMITE

400+ NATIONAL PARK UNITS IN THE US