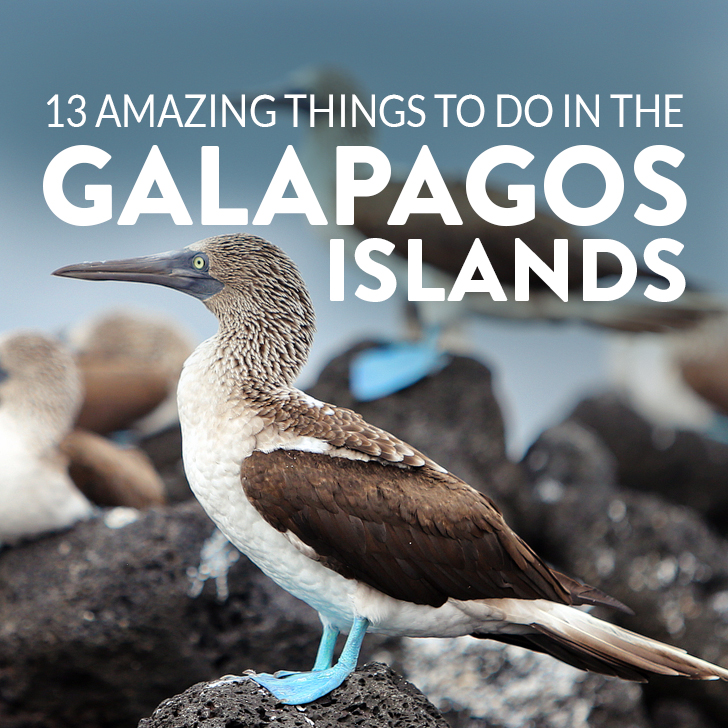 We are currently in the Philippines (learn our Philippines trip here and here). Meanwhile, I wanted to give you an overview of our trip to the Galapagos Islands.

Galapagos National Park covers 97% of the 18 islands and it is a UNESCO World Heritage Site. Only four of the islands are inhabited by people: Santa Cruz, Floreana, Isabela, and San Cristobal. We were able to visit Santa Cruz Island and Isabella Island during our 4-day stay, and these were the highlights of our trip in the order that we visited them. 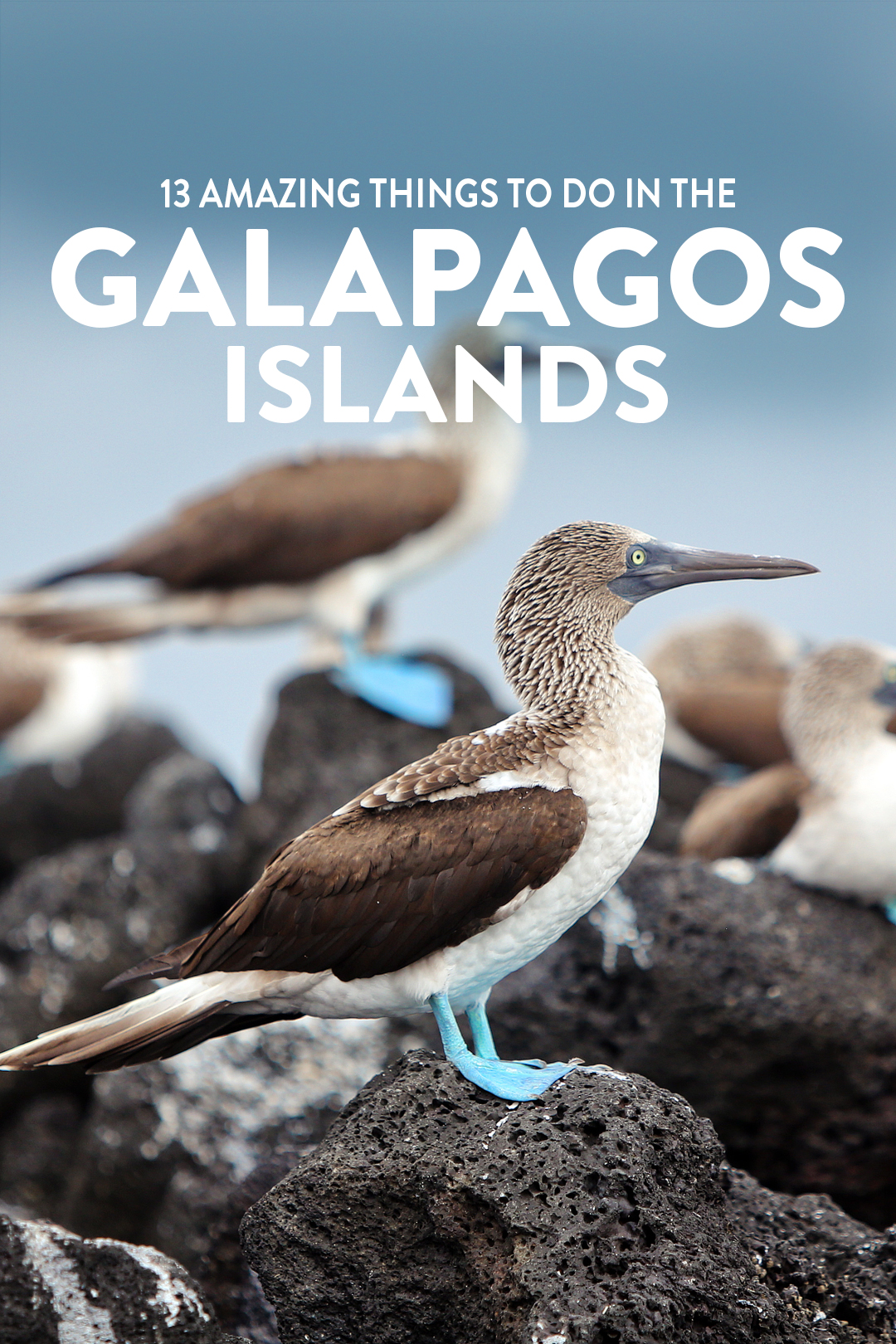 WHERE ARE THE GALAPAGOS ISLANDS LOCATED?

In case you didn’t know, the Galapagos Islands are part of Ecuador in South America and are located nearly 1000 km or 600 mi off the coast of Ecuador.

WHAT YOU NEED TO KNOW BEFORE YOU GO

This post may contain affiliate links, where we receive a small commission on sales of the products that are linked at no additional cost to you. Read our full disclosure for more info. Thank you for supporting the brands that make Local Adventurer possible.

13 THINGS TO DO IN THE GALAPAGOS ISLANDS

Click the links to see more details on each excursion. Be prepared for lots of photos. I haven’t taken so many photos since I quit wedding photography!

Twin Craters formed by the collapse of the volcanic roof. They are not actual craters caused by impact but are sink holes that were created when the volcanic roof of empty magma chambers collapsed from tectonic shifts and erosion over time.

In Bellavista village in the Highlands of Santa Cruz Island, you can walk through lava tunnels or lava tubes. They were formed by flowing lava that moves under the hardened surface of lava flow. They drain lava and once the lava flow stops and the rock cools, it leaves behind a cave. The Lava Tunnels are just 7 km (4.3 miles) inland from Puerto Ayora, the main town where most people base themselves. 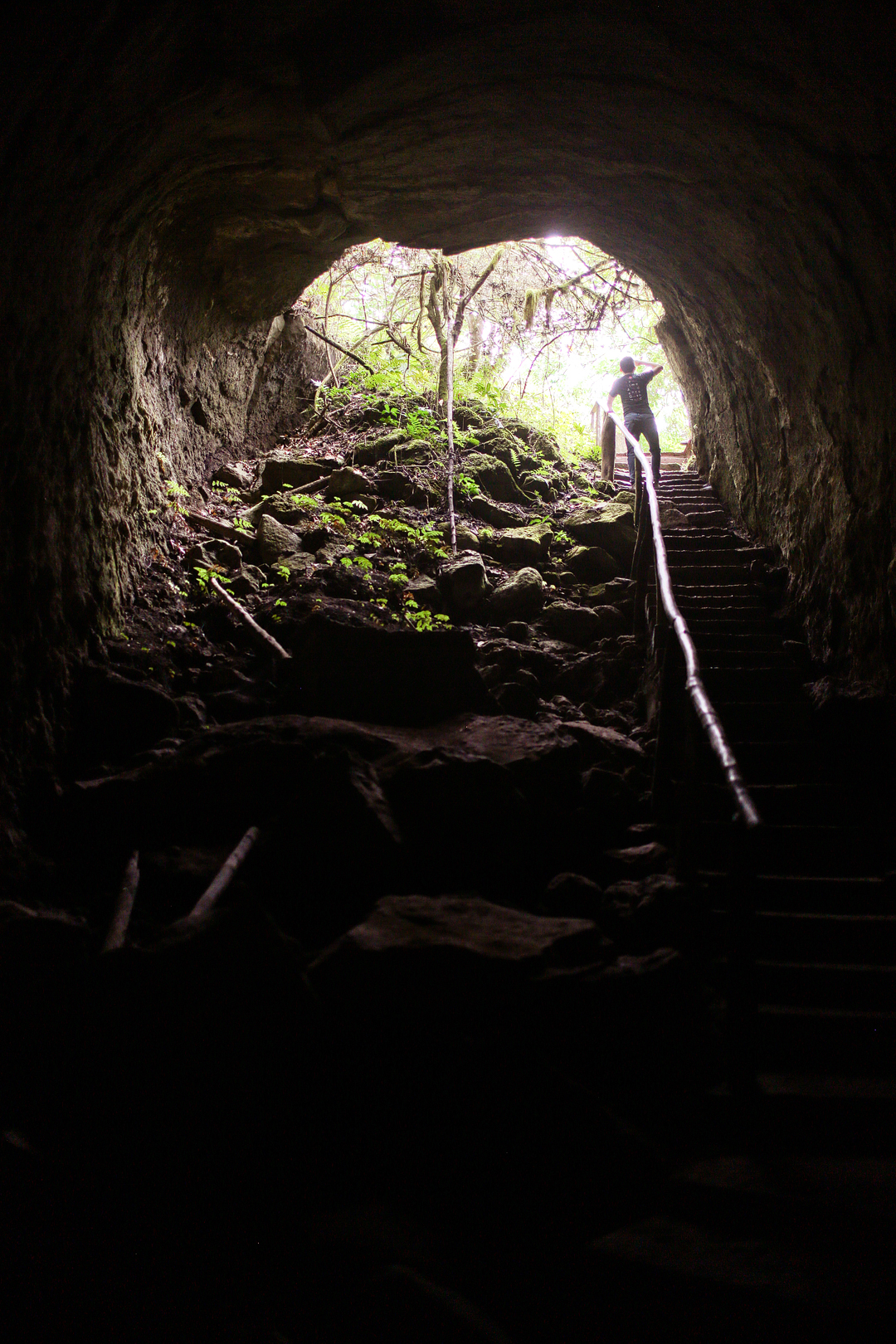 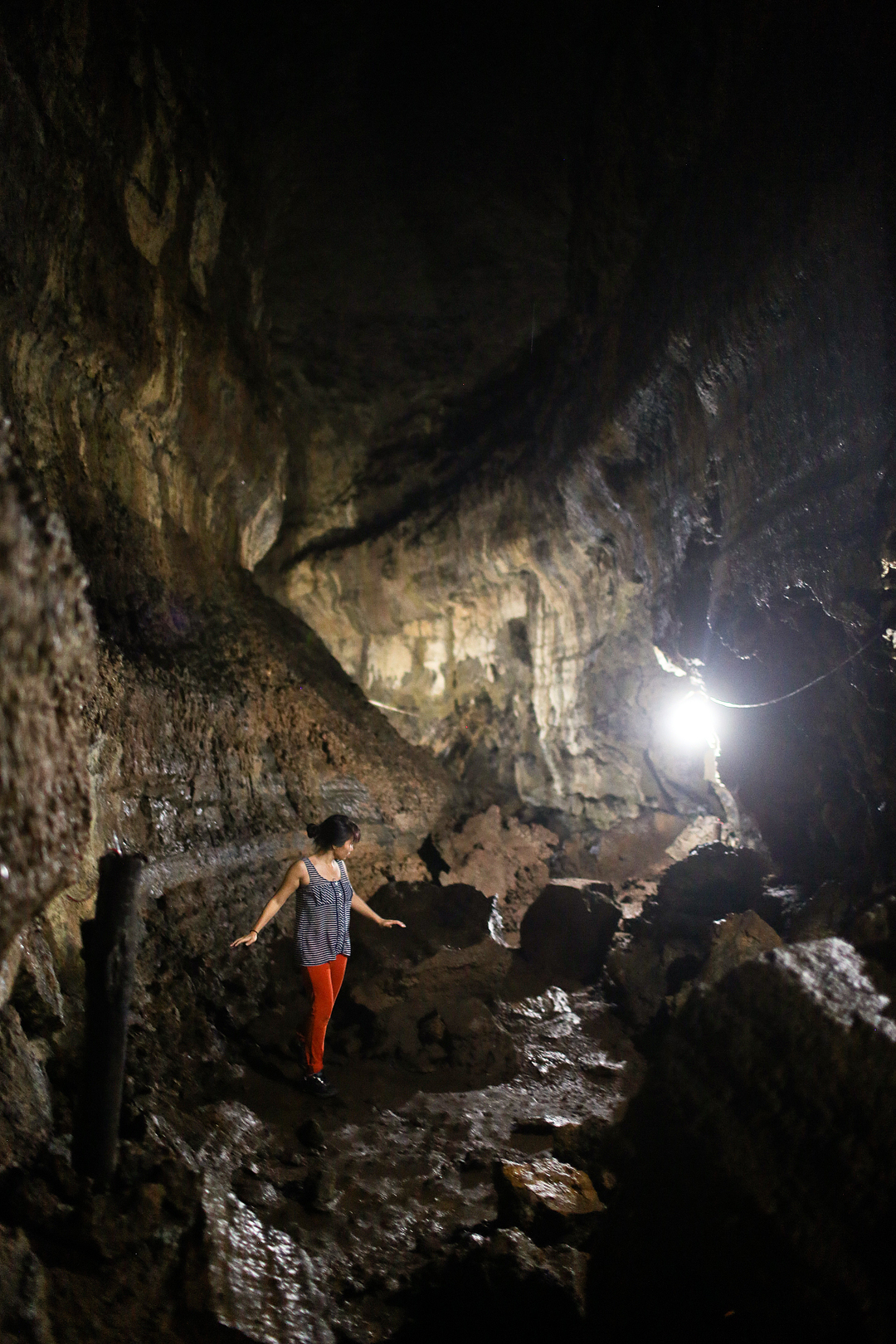 Rancho Primicias is a Giant Galapagos Tortoise ranch or reserve. It was exciting being able to take photos with one of the most iconic animals of Galapagos Islands!

Note: You will have to stay 2 m (6.5 ft) away from them, but these guys were pretty intimidating to get near anyways. 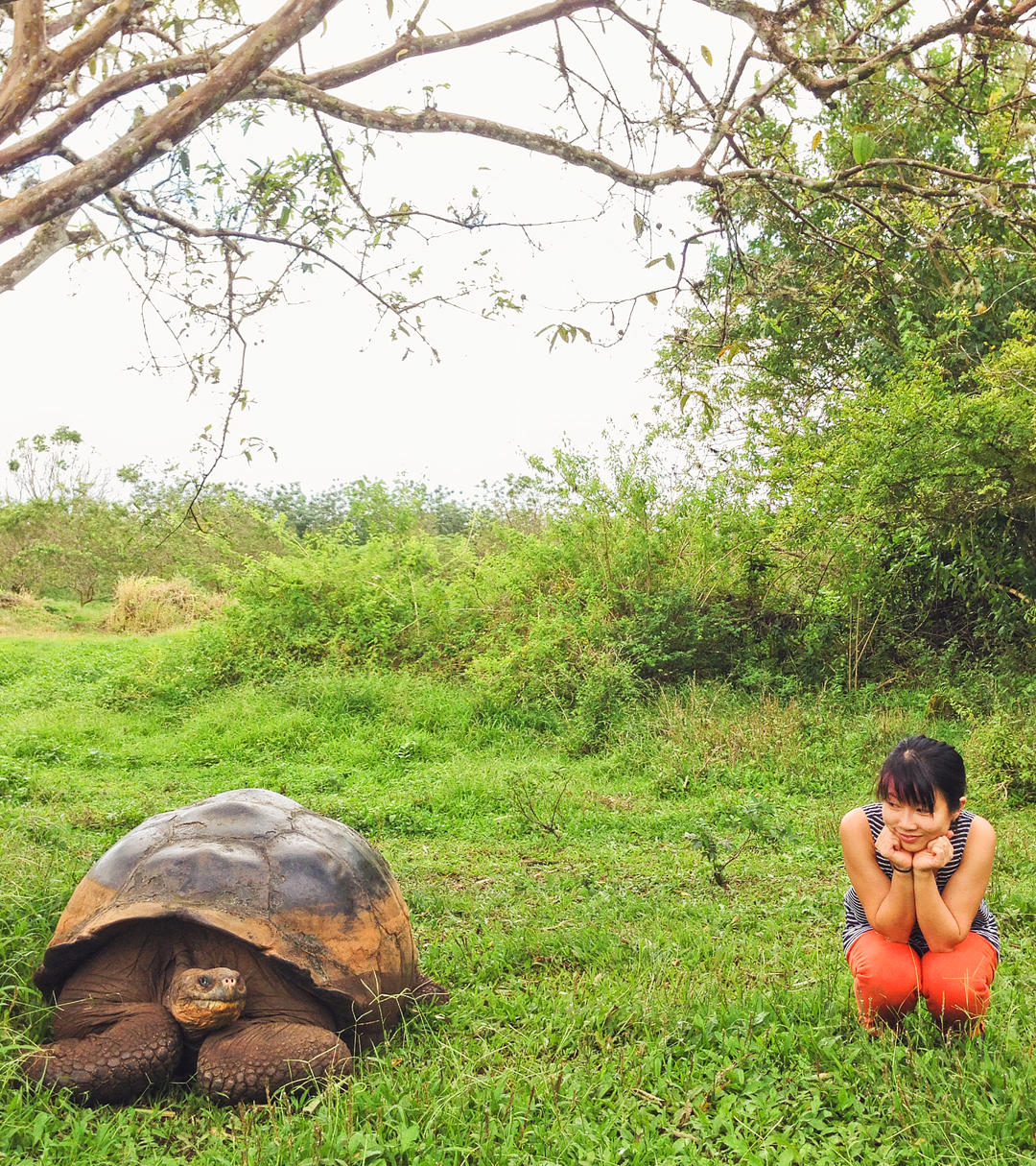 We saw that fishermen were unloading their catches from the day, and locals picked out their dinner while tourists took photos of pelicans trying to steal the fish or waiting for scraps. It was a nice spot to do people and bird watching. Here you will find shore birds picking up fish scraps and also sally lightfoot crabs and iguanas.

The fish market becomes an outdoor restaurant that opens in the evening. It has a set menu, but you get a plate full of seafood and two sides for a really good price (around $5)! 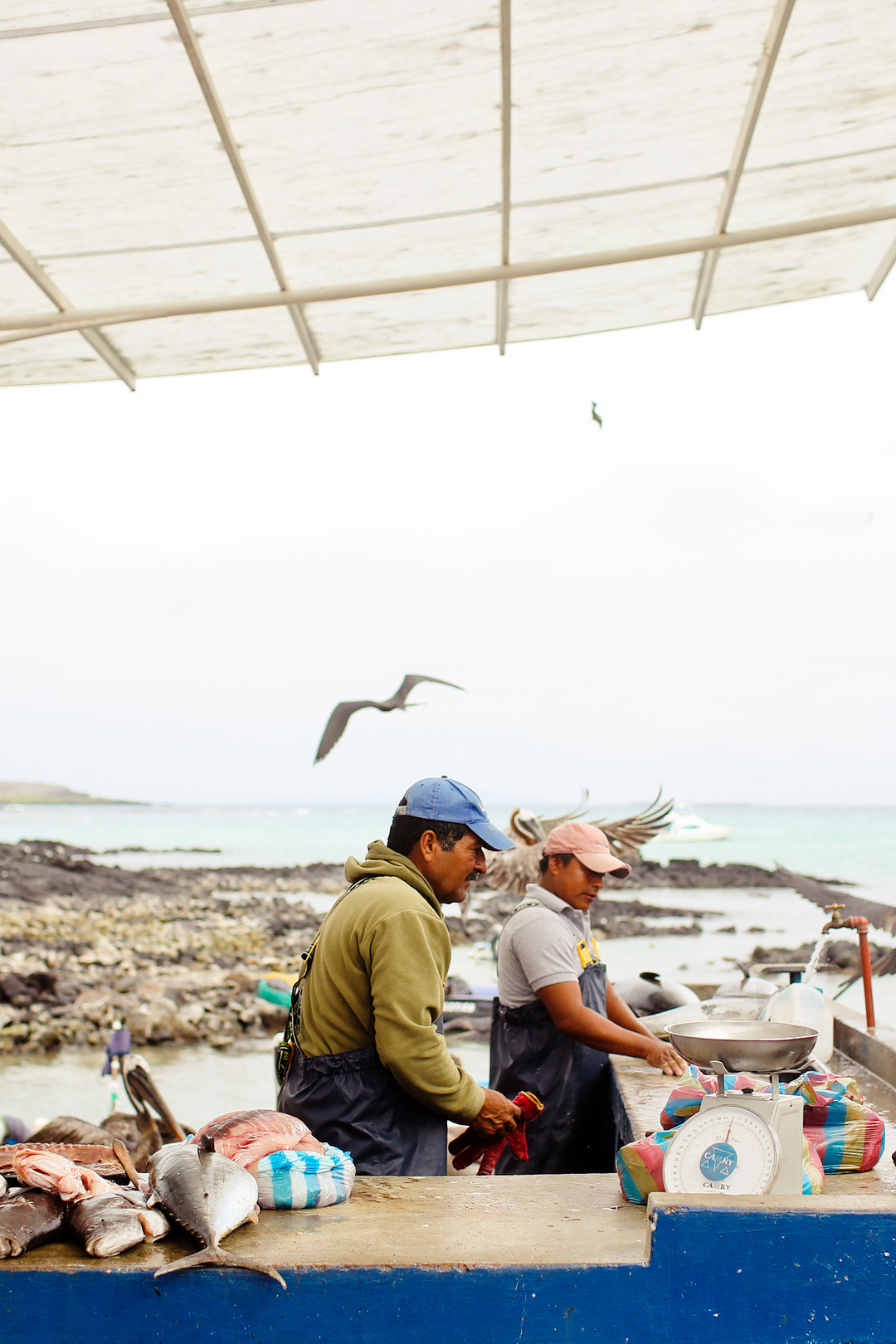 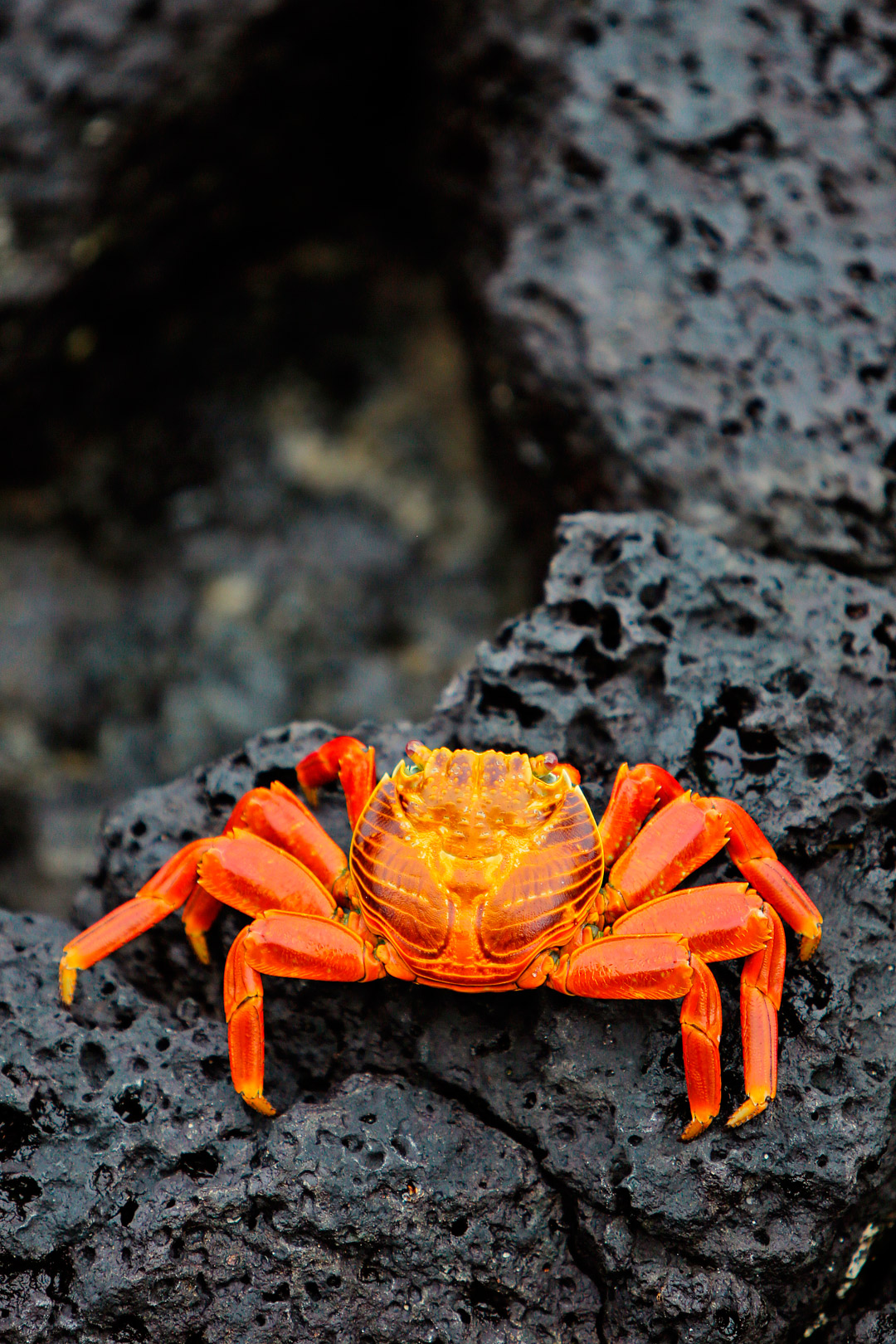 La Loberia was only a short boat ride from Puerto Ayora. These sea lions will come up and swim with you and sometimes playfully nip at your fins. In case you get confused with the names La Loberia or Loberia because you see it everywhere, it just means sea lion community. Why not keep it simple and name it how it is. There are several sea lion colonies on each island that are commonly called loberia.

You can expect to see sea lions and sea turtles at many of the snorkeling sites.

Other spots to snorkel with sea lions:

Note: Be aware of swimming in certain areas. Alpha male sea lions can be protective of their territory. 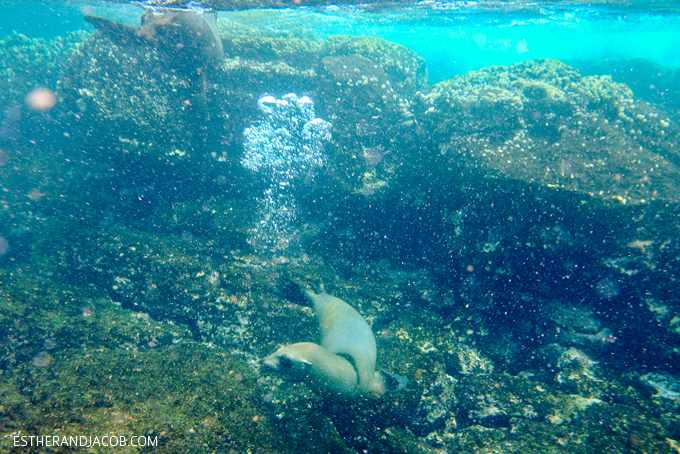 Here you will see Marine Iguanas and sharks in the Canal de las Tintoreras (shark canals).

Las Grietas is literally translated as “crevice”. We did some light hiking over lava rocks and passed salt lagoons to Las Grietas, but once we arrived, we had to go down steep stairs onto an area of large rocks.

Note: It was so crowded that we ended up hanging out on the rocks watching other people cliff jump and snorkel.

A 45 minute hike leads you to a beach and bay for snorkeling. You can typically see white tip reef sharks, and occasionally tiger sharks, but when we went the water was murky and all the fish were gone. There were, however, plenty of shore birds and marine iguanas in the water and on the beach. 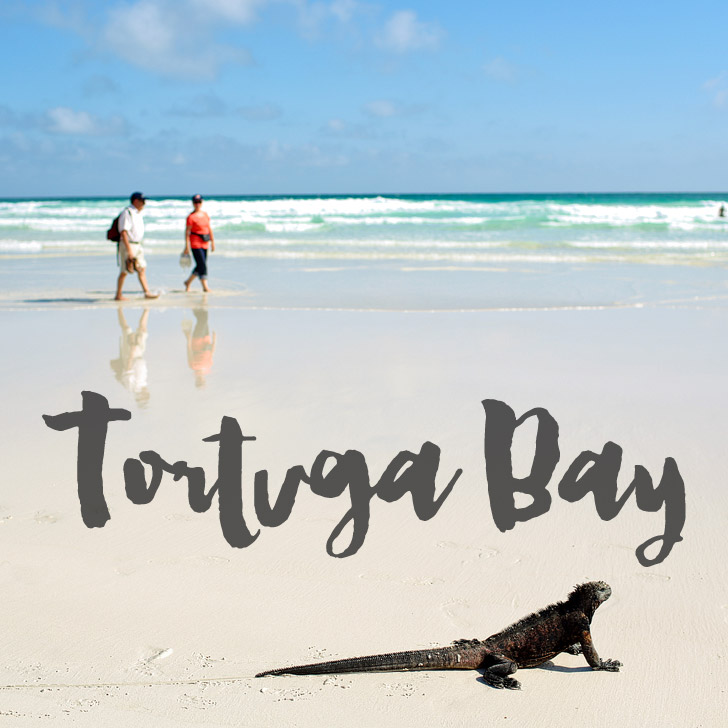 9. Hang out with Sea Lions at the Bay on Isabela Island

Las Tintoreras is and islet just 10 minutes off of Isabela and is often called mini Galapagos since almost all the marine wildlife are here. There is actually more wildlife here than on the main island. This is a wonderful habitat for the Galapagos penguins, the second smallest penguins in the world, and we also snorkeled with sea turtles and saw sharks in the canals called Shark Alley.

You can either take a boat or kayak out with a guide. 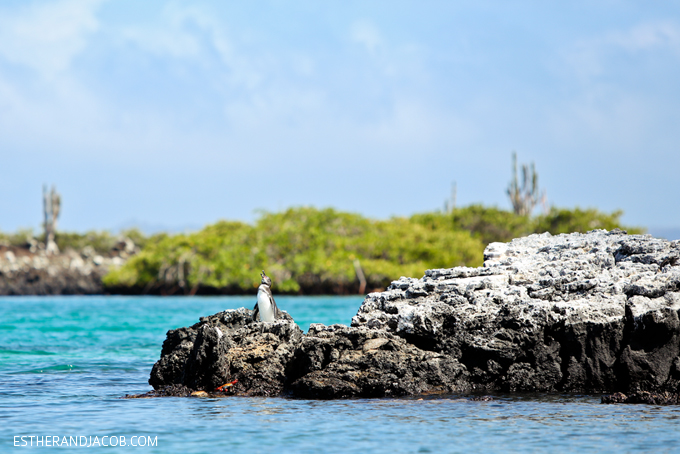 13. Bike around the Wetlands, Isabela Island

We explored along the coastline by bike and found tortoises, marine iguanas, and blue-footed boobies! 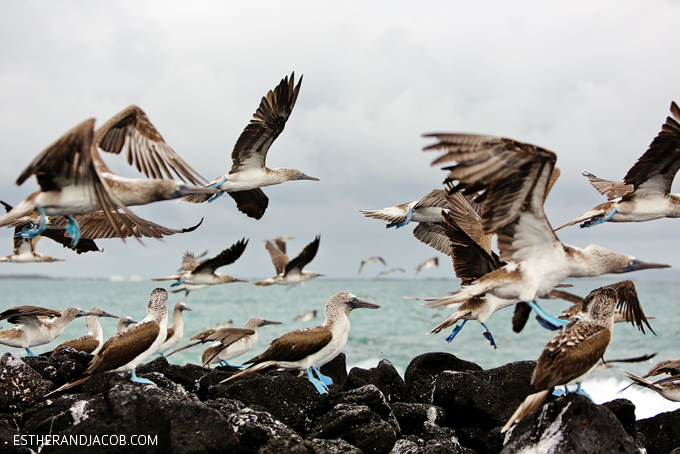 We didn’t have a chance to do this, but this will absolutely be on our next trip’s itinerary. The jagged rocks roughly resemble a crown that only the devil would wear, and this spot has the reputation of being one of the top diving and snorkeling spots in all of the Galapagos and the world.

What You See: The rocks are an attractive spot for both small and large fish, and it’s common to see a variety of coral and schools of fish including the parrotfish, king angelfish, grouper, snappers, warasses, amberjacks, yellow-tailed grunts, scorpion fish, and surgeonfish. On the inside of the crown, you will find pencil sea urchins, garden eels, and moray eels. If you’re lucky, you can see white tipped reef sharks, hammerheads, large manta rays, eagle rays, moorish idol fish (Gill from Nemo!), and a sea lion from the nearby colony.

Note: This can only be reached on a cruise, and not all stop on Devil’s Crown for a snorkeling excursion, so check the different itineraries. Because of the strong currents, it’s only for strong swimmers and divers.

Punta Espinosa is on the Bolivar Channel on the western side of Fernandina Island.

Tips for your visit to the Galapagos Islands

Each individual post will have specific tips for the excursion.

Check out our video montage of our Galapagos trip! Any of these seem like interesting excursions to you? 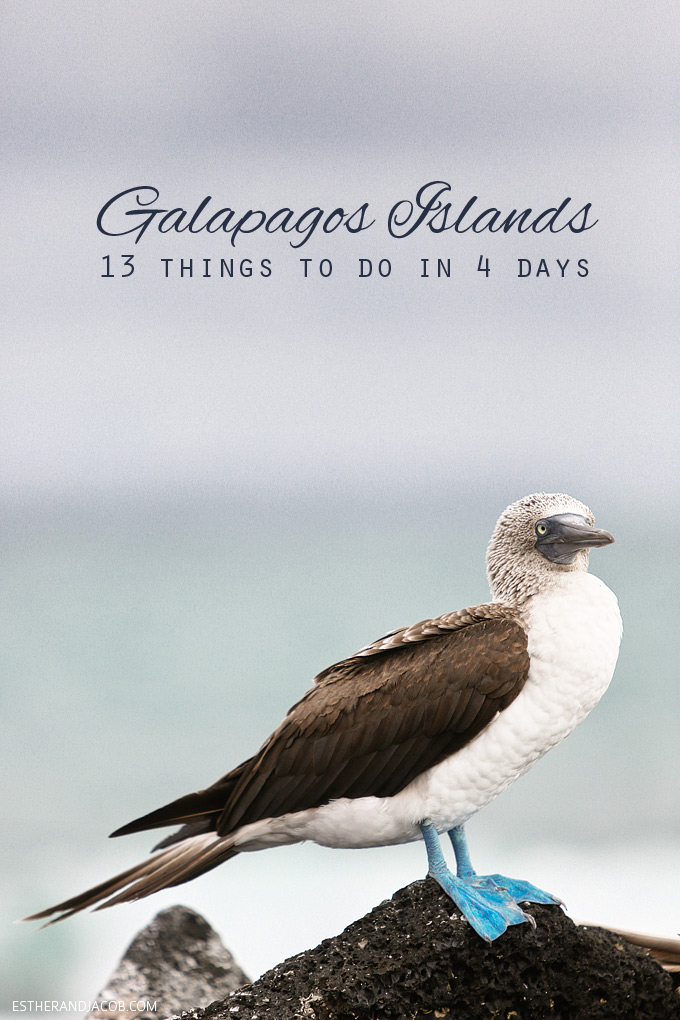