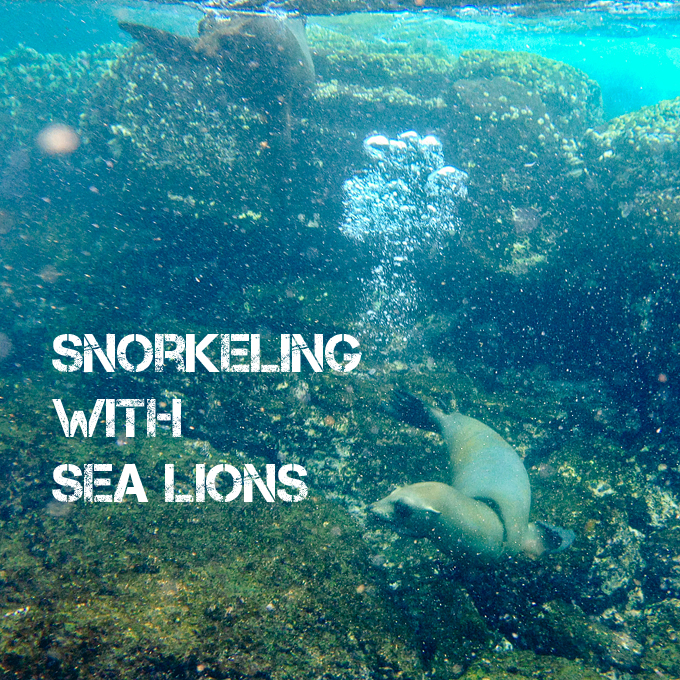 Another highlight from our trip was being able to snorkel with the Galapagos sea lions. Such a crazy experience! Some of them swim right up to you and playfully nip at your fins. All underwater photos were taken with an iPhone 5 and Griffin Survivor Waterproof and Catalyst case (review coming soon).

The last two images were taken from a separate location and not at La Loberia. These Galapagos sea lions are found everywhere on the islands, and it’s fun seeing them interact with humans. They are very curious and playful, and you can pretty much walk right up to them to take photos!

Also, like many of the other animals on Galapagos Islands, they are endangered and protected with about 50,000 of them remaining.

Tips for Snorkeling with Galapagos Sea Lions in Loberia:

Have you gone snorkeling before? What’s the most interesting thing you’ve seen / captured (link photos below)?

You can see a video montage of our Galapagos trip, or check out my other travel posts by clicking on the banner below: