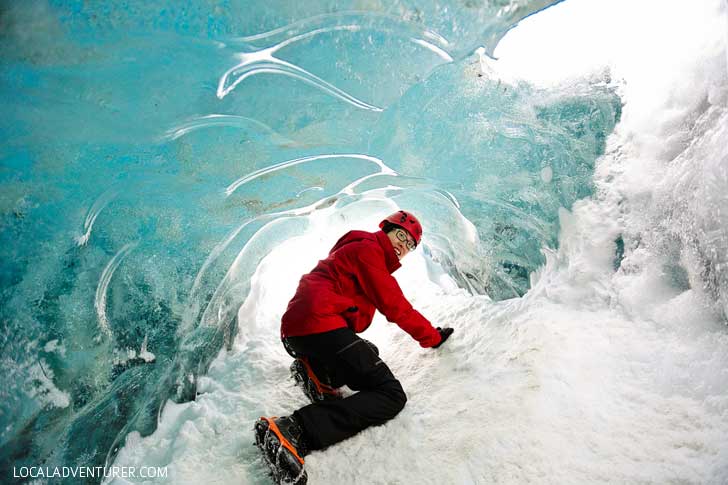 When we started planning our trip to Iceland, one of the most awe-inspiring photos we kept seeing was a brilliant blue ice cave is in the Breiðamerkurjökull glacier (everybody ready to say that with me?) or more easily called “the Crystal Cave” by tourists. This is the largest ice cave in Vatnajökull National Park at the moment and was discovered in 2005. These ice caves are always melting and forming, so in a few years it might be located somewhere else!

We were so excited to finally explore and photograph this natural wonder, which had been on our dream bucket list even before this blog was born. Unfortunately, there was a celebrity… that spoiled the experience for us. Can you guess who? 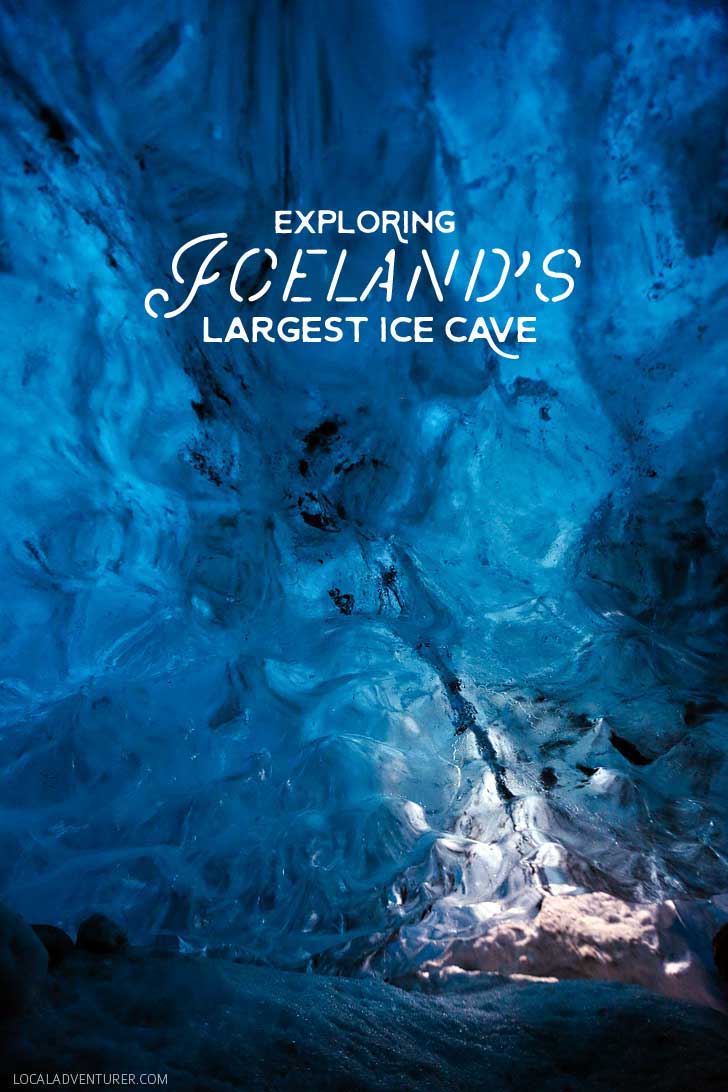 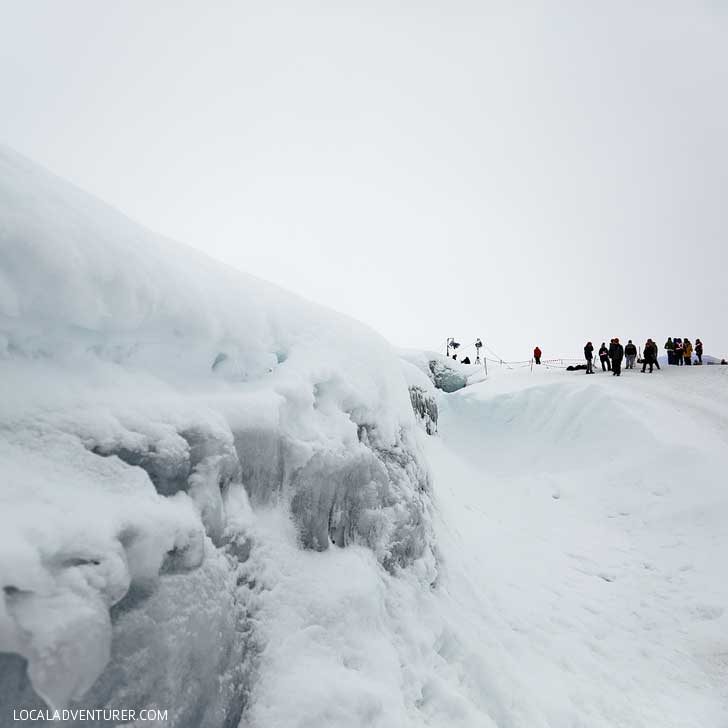 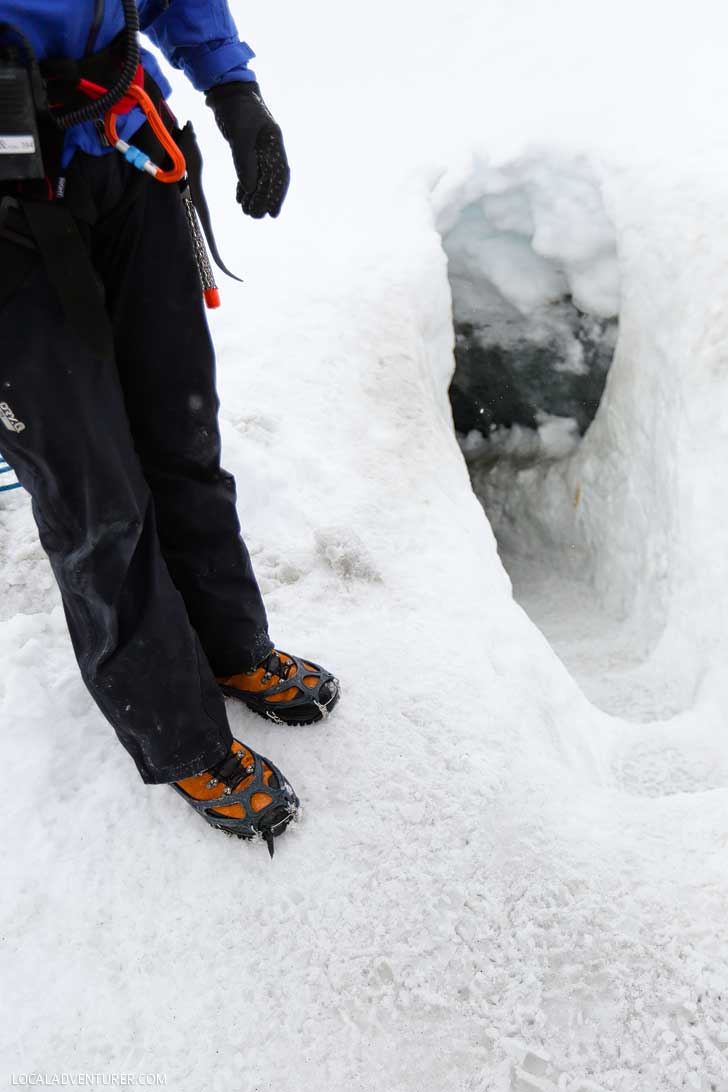 When we heard that they were currently filming a movie with Jackie Chan, rather than doing a happy dance about possibly meeting him, I was more worried about our experience (Jacob had already met him on another trip. What are the chances they meet again!). Though it might appear to be a massive cave in photos, photos can be deceiving. The ice cave was made up of two main larger caverns with a narrow (and sometimes low) walkway in between.

With the film crew and the tour groups of around 70 people, the cave was uber cramped. There was one small corner in the back where everyone got a turn taking photos, but the main and most photogenic area with the best light was being filmed and was off limits to us. Too bad I snuck a photo… to remember that from now on, Jackie Chan is my nemesis!!! 😡😭 (Well, okay.. I hear he’s a really nice guy, but it was really unfortunate that their film day was the day we went! Or fortunate if it’s your dream to see Jackie Chan!) 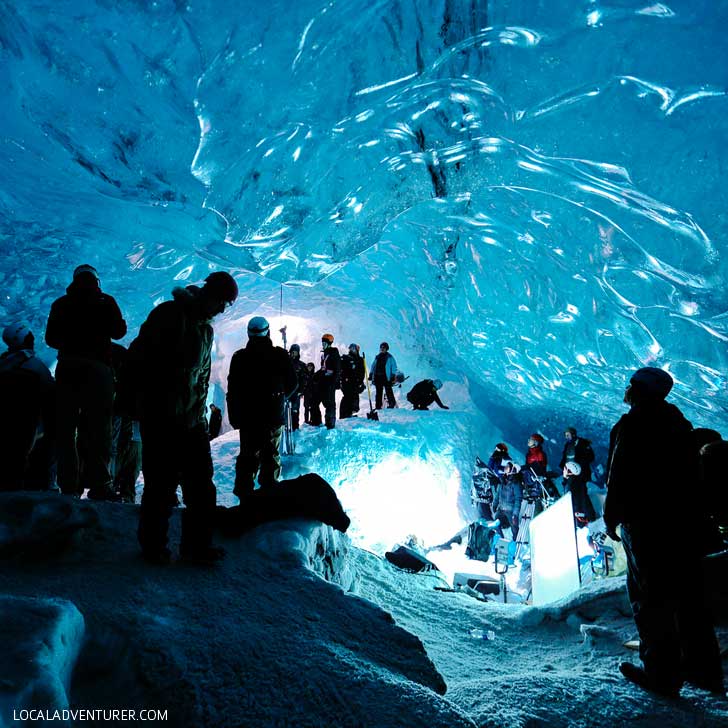 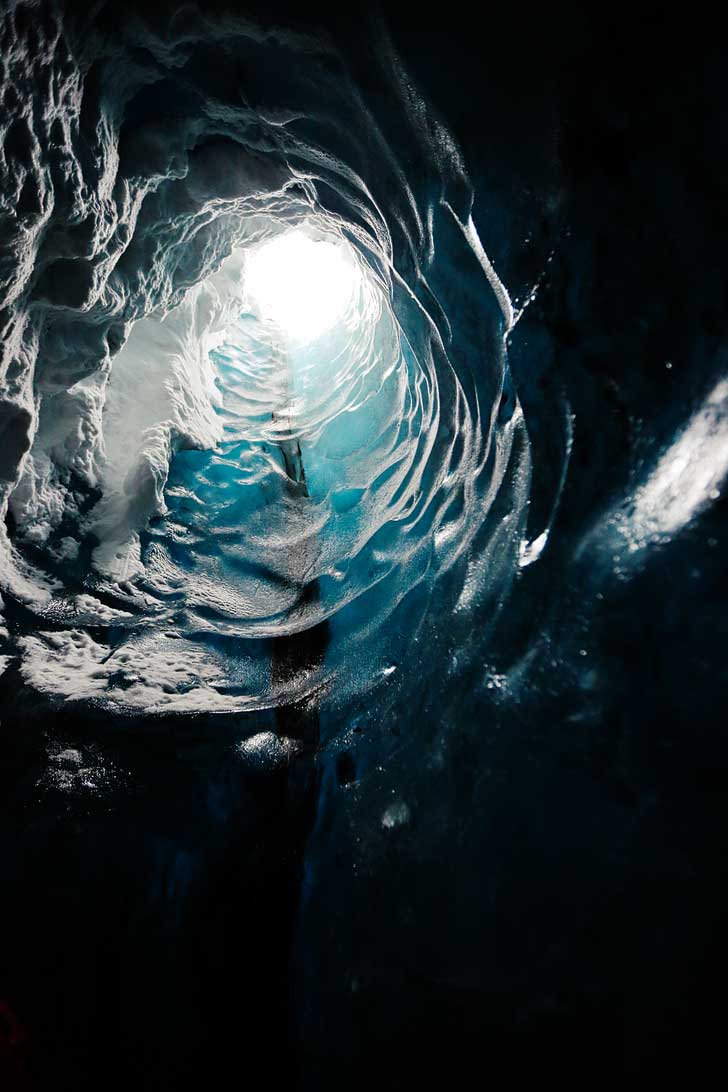 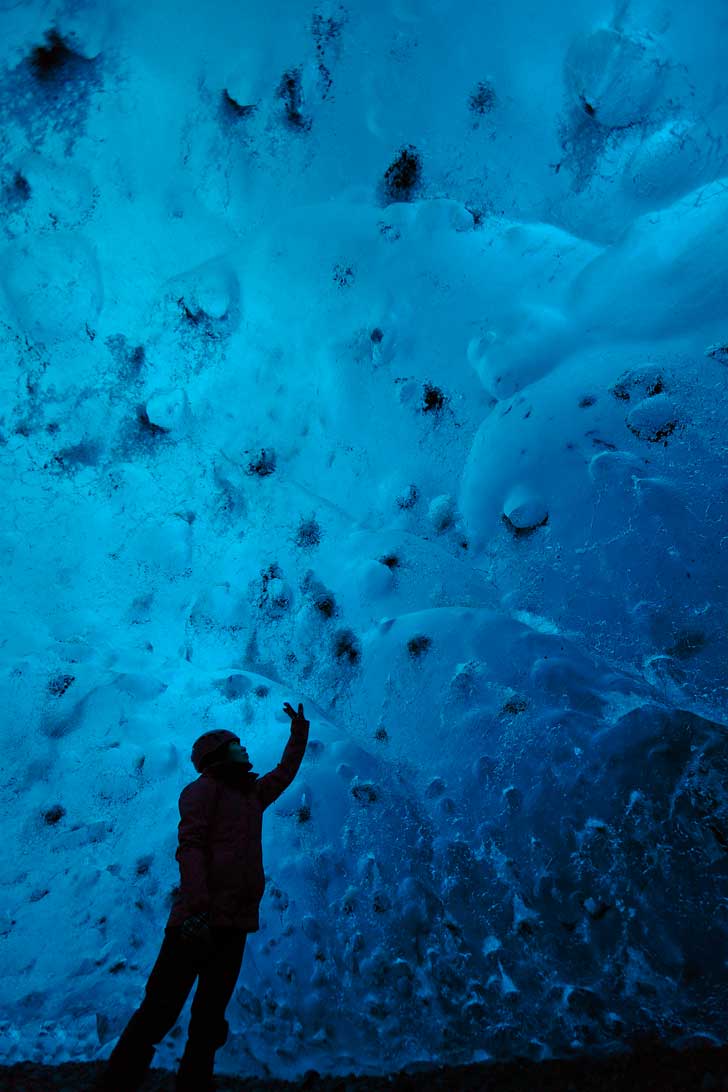 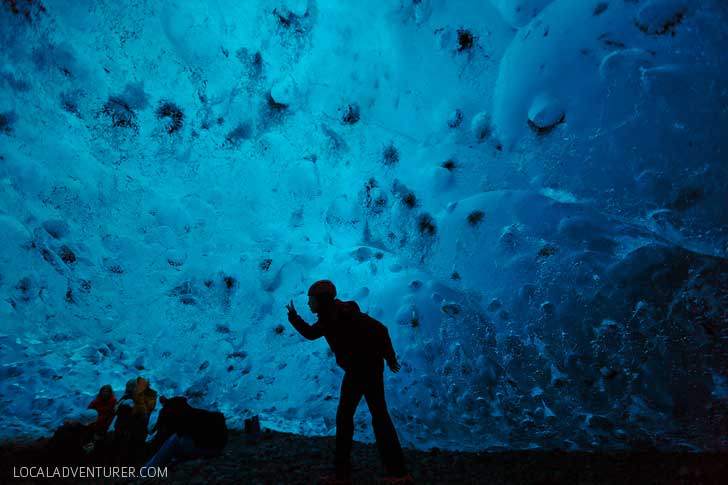 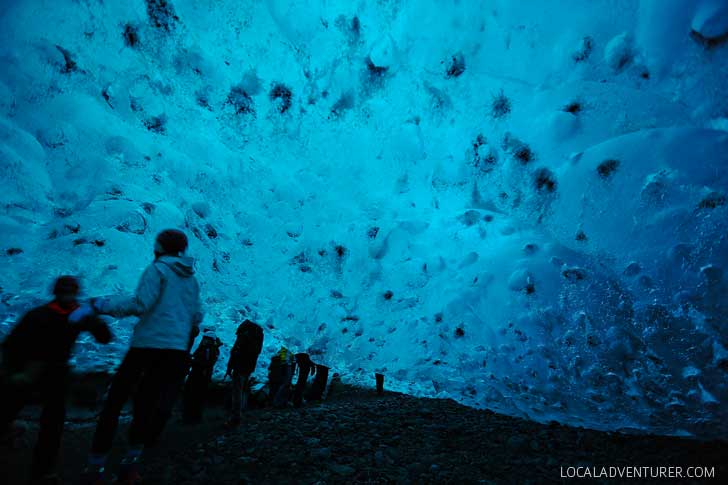 After a few photos, we left ahead of most of our group and ducked into a small tunnel that our guide showed us approximately 20 feet (6 m) away from the entrance of this cave. There wasn’t anyone here and the light was much nicer! 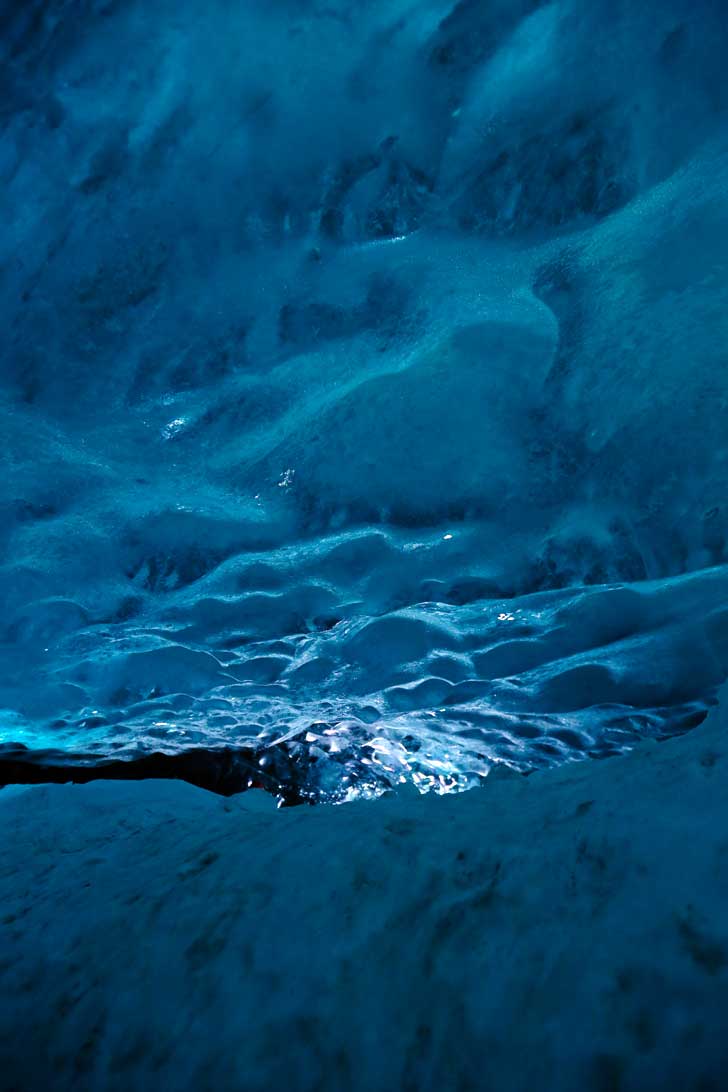 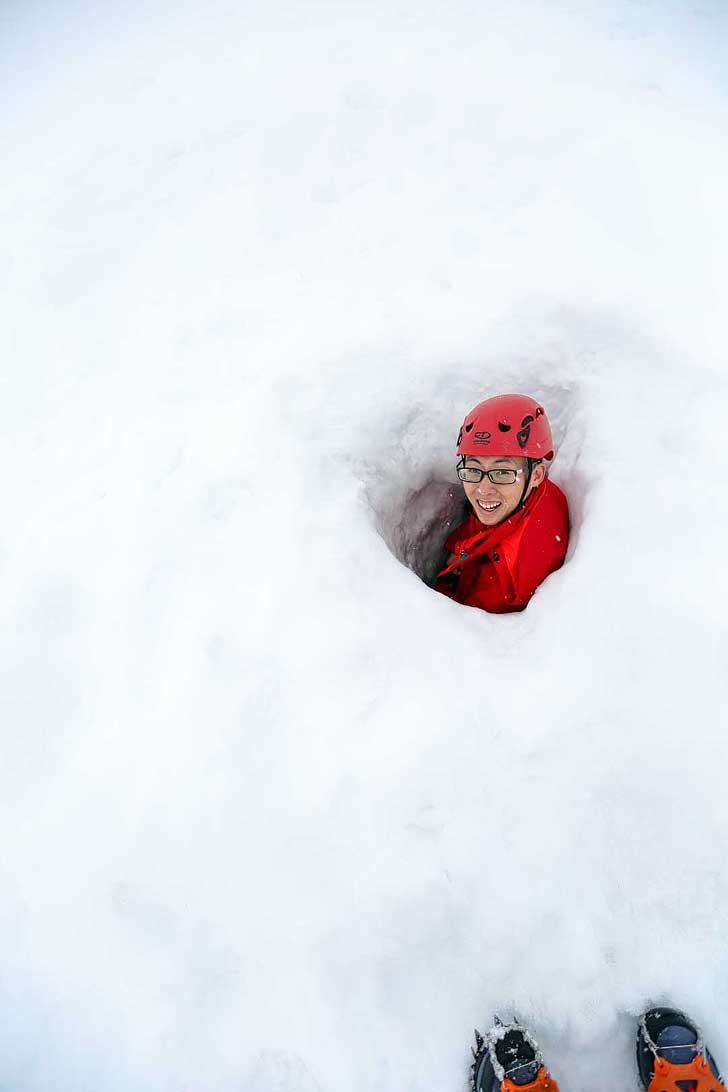 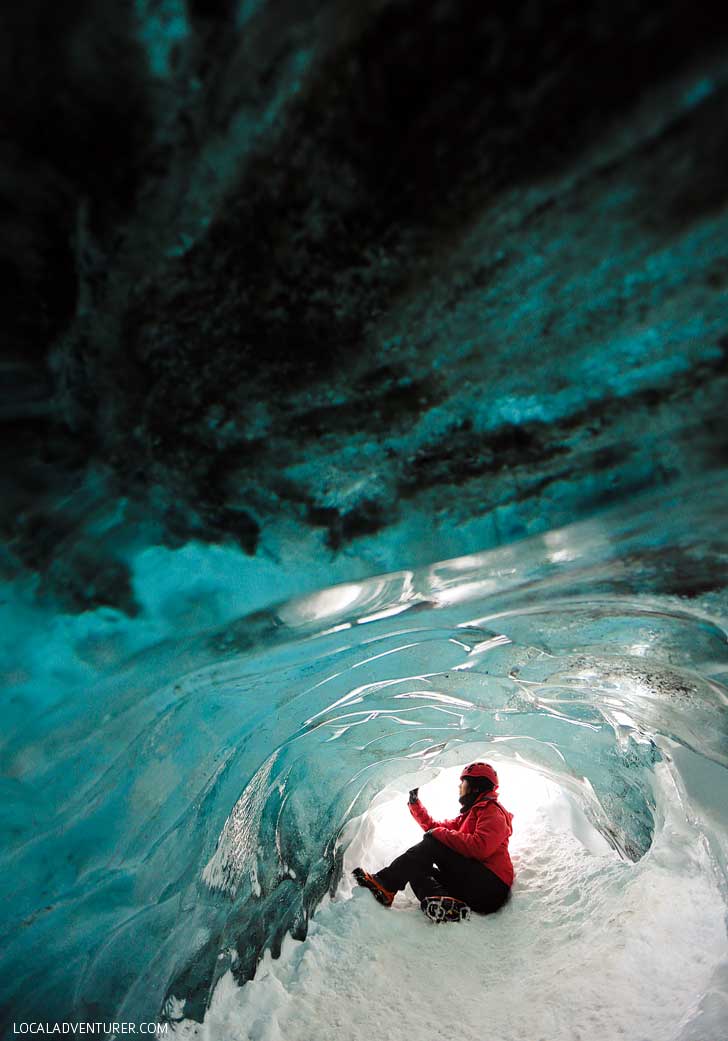 WHAT’S IN A NAME?

There were so many names used to reference this ice cave that it can be quite confusing to keep track of whether you’re going to the right cave. If you see “the Crystal Cave”, “Skaftafell ice cave”, “Vatnajökull ice cave”, or “Breiðamerkurjökull ice cave”, it’s probably all the same cave or at least in the same area!

Overall, we found the price to be steep and much more crowded than we expected but so was almost everything in Iceland. However, if it’s something you’ve been wanting to do, you gotta do it!

You should ALWAYS go with a guide or someone who is knowledgeable about the area. First of all, you need big wheels to get through the snow (even a 4-wheel drive won’t do). Also, the fragile nature of these ice caves can make it extremely dangerous should it collapse. The ice cave season is rather short and dependent on weather. We booked this tour and loved our guide! You can see their other tours here.

PHOTOGRAPHY TIPS FOR THE CRYSTAL CAVE

WHAT ELSE IS NEAR THE CRYSTAL CAVE:

Would you be more excited about Jackie Chan or the cave? Is this something you’d put on your Iceland itinerary? If you have any other questions about the excursion not answered on this post, please leave a comment below so others can learn and discuss too! :)