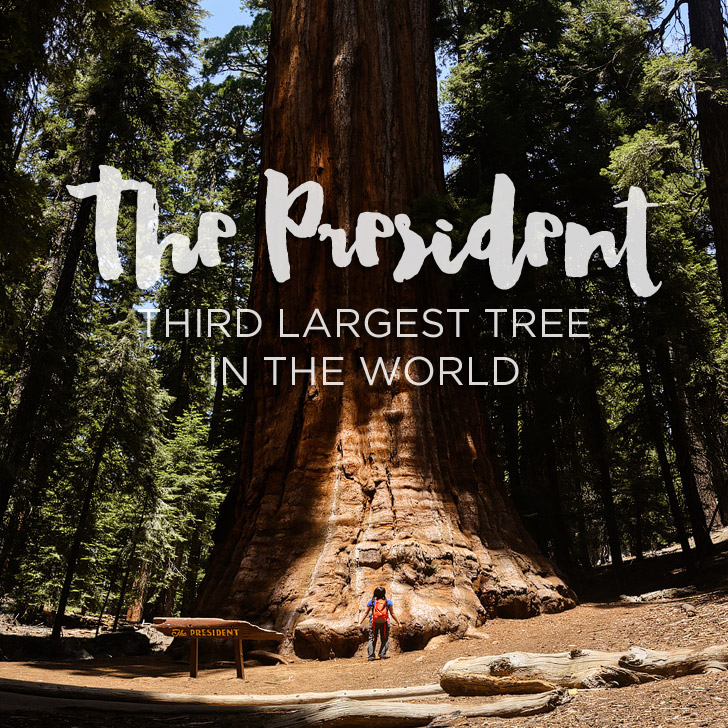 The Sequoia National Park reminds you of how big the world is and how small we are! Named after President Harding, the President tree is one of the giant sequoias here. Nestled in the Giant Forest, it is the third largest tree in the world and the oldest known living sequoia at the age of 3,200!

As a kid, I used to climb trees all the time! I remember thinking how big they were and always loved the vantage point of getting higher up (it might have something to do with being short :P). Standing next to the trees is such an otherworldly experience.

I stitched 20 or so photos together, and because I shooting at the base of the tree, it’s hard to see how tall the tree is in comparison to us. But to give you some perspective, here’s a shot of Jacob from farther away with some giant sequoias that aren’t even nearly as big as the President: 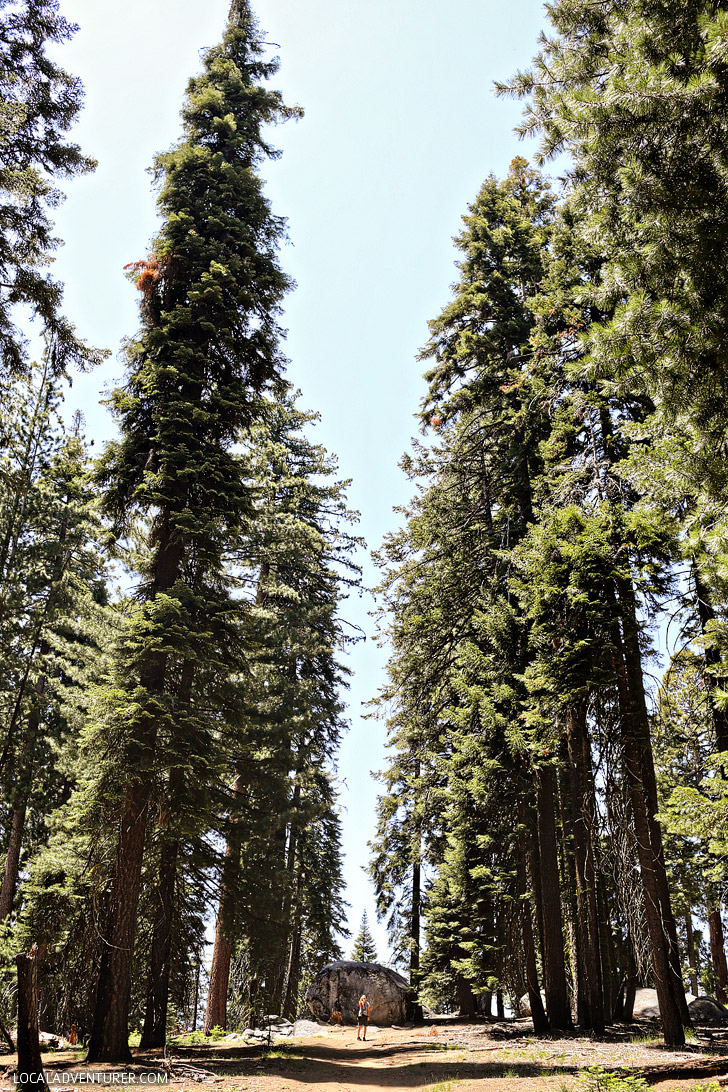 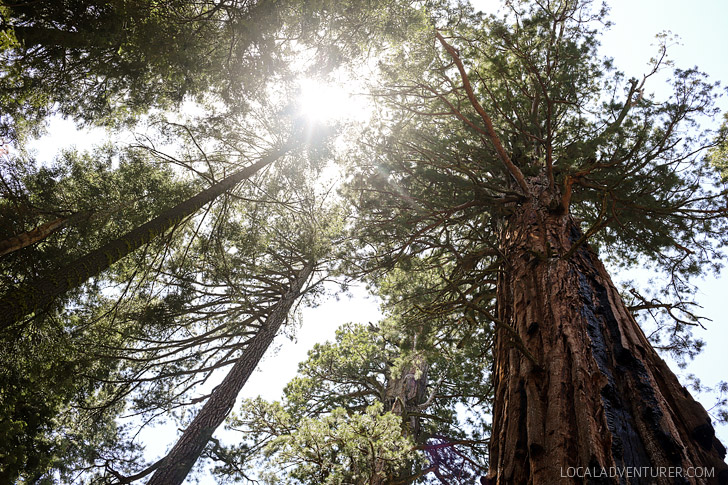 Directions to the President Tree:

Check out this video of how National Geographic got a photo of the tree.

Did you used to climb trees as a kid?
What’s the largest of anything you’ve ever seen?