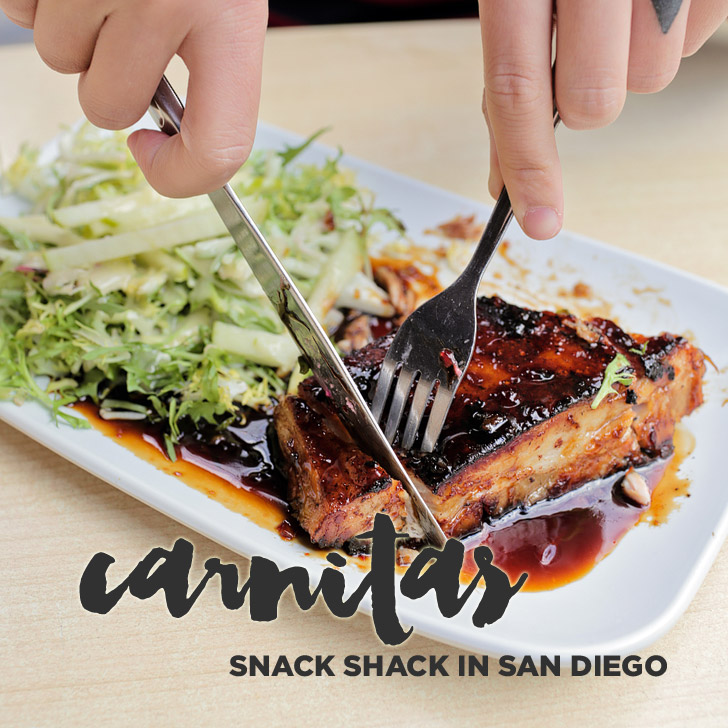 Carnitas’ Snack Shack is no stranger to being on the “best of San Diego” lists. When we started making our San Diego bucket list, it was one of the first few restaurants to earn a spot. Also, as a resident in North Park, we felt it was our duty to find the best eats in our hood first.

UPDATE: The one in North Park closed down, but you can still get the food in Embarcadero. 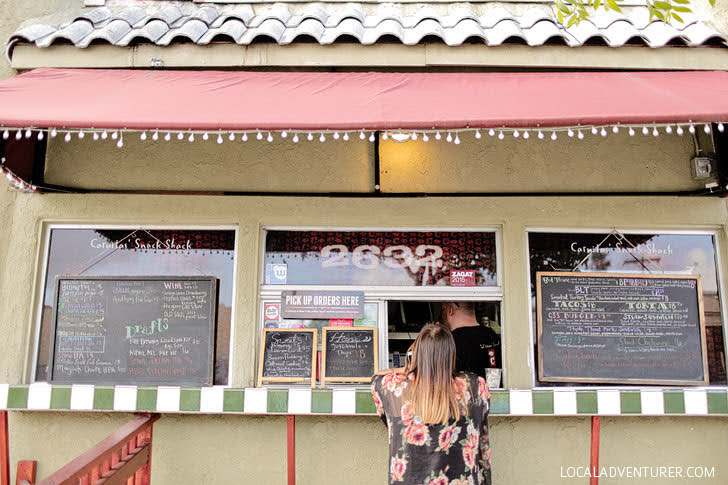 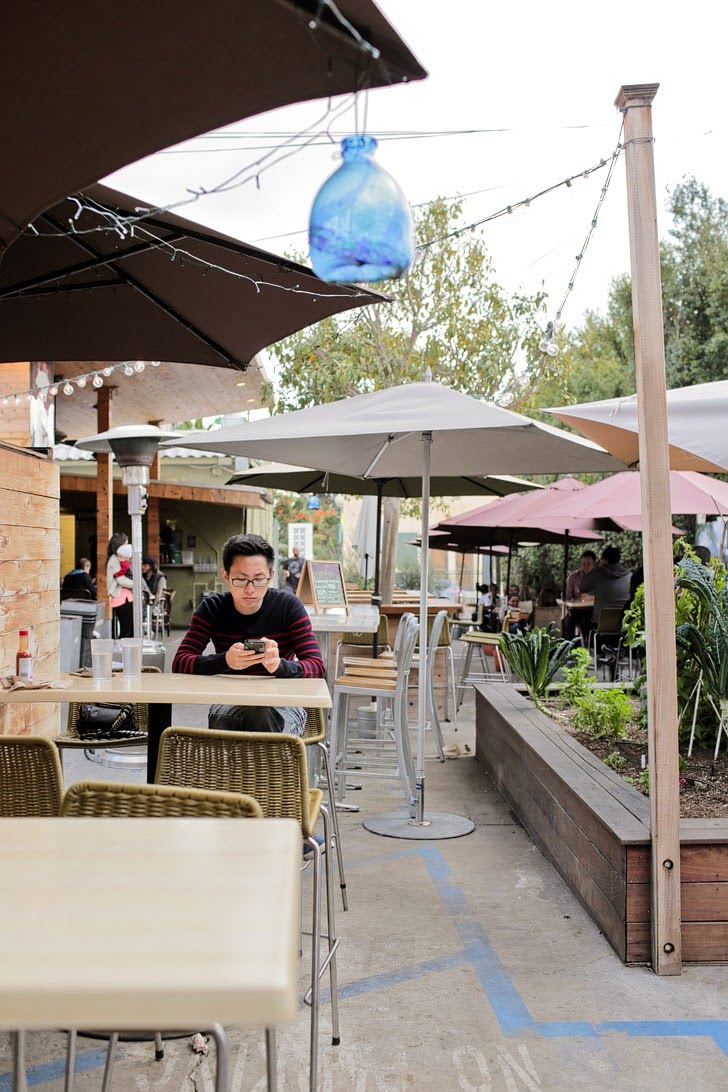 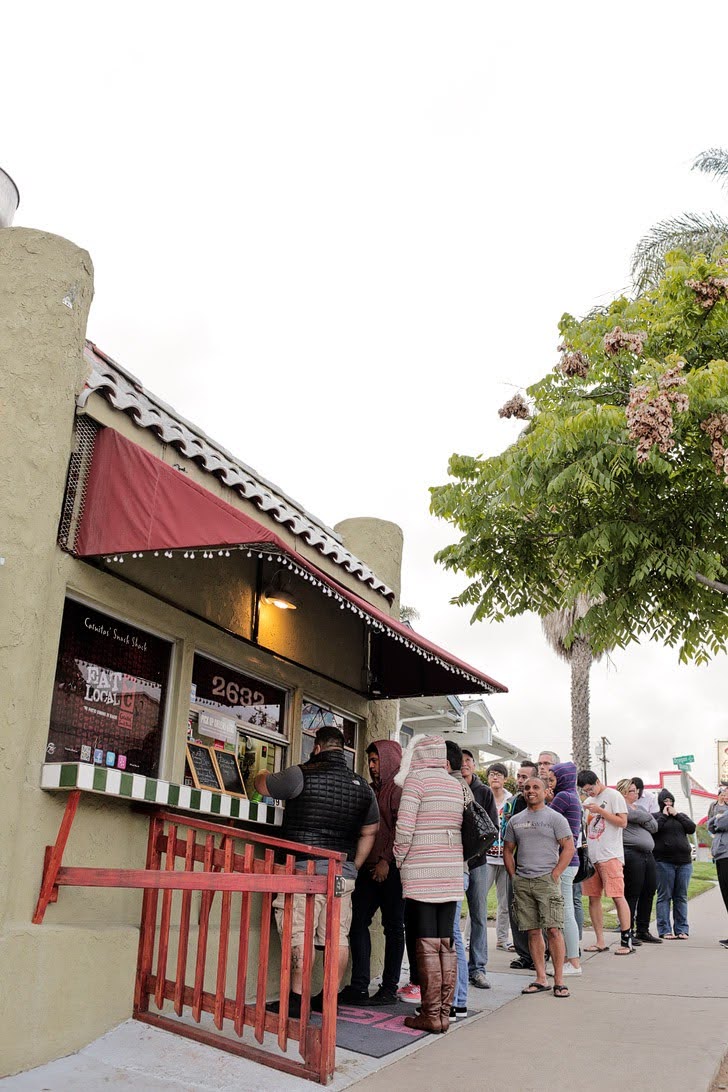 Carnitas’ Snack Shack has been open for 3.5 years and is named after their pet pig, Carnitas Speck, who’s kind of a big deal. The restaurant has a chill vibe with a great outdoor seating area.

The basic menu stays the same, but they have daily specials that are always changing. We tried a little bit of everything while we were there. We started off the Pork Belly App and Beet Terrine. The pork was tender and tasty, and it paired perfectly with the frisee salad. The Beet Terrine was also a great companion to the pork. I’ll first say that I’m not a fan of beets, but I’m not sure what they did to these beets, because I ate them all! It was refreshing and all the flavors worked really well together. 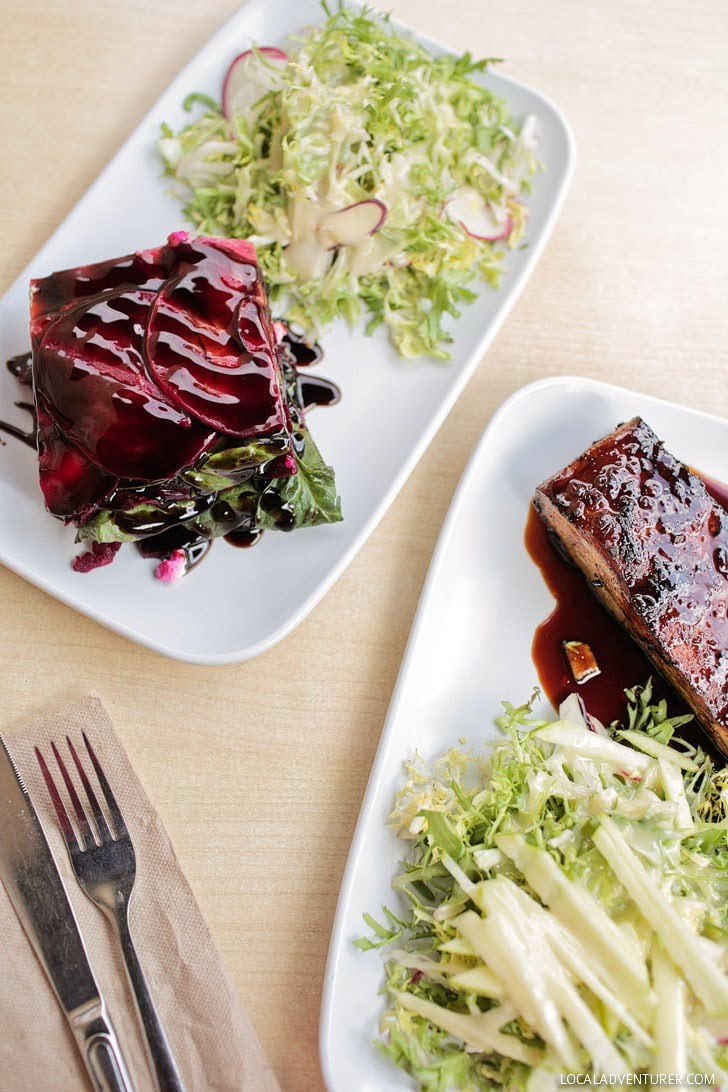 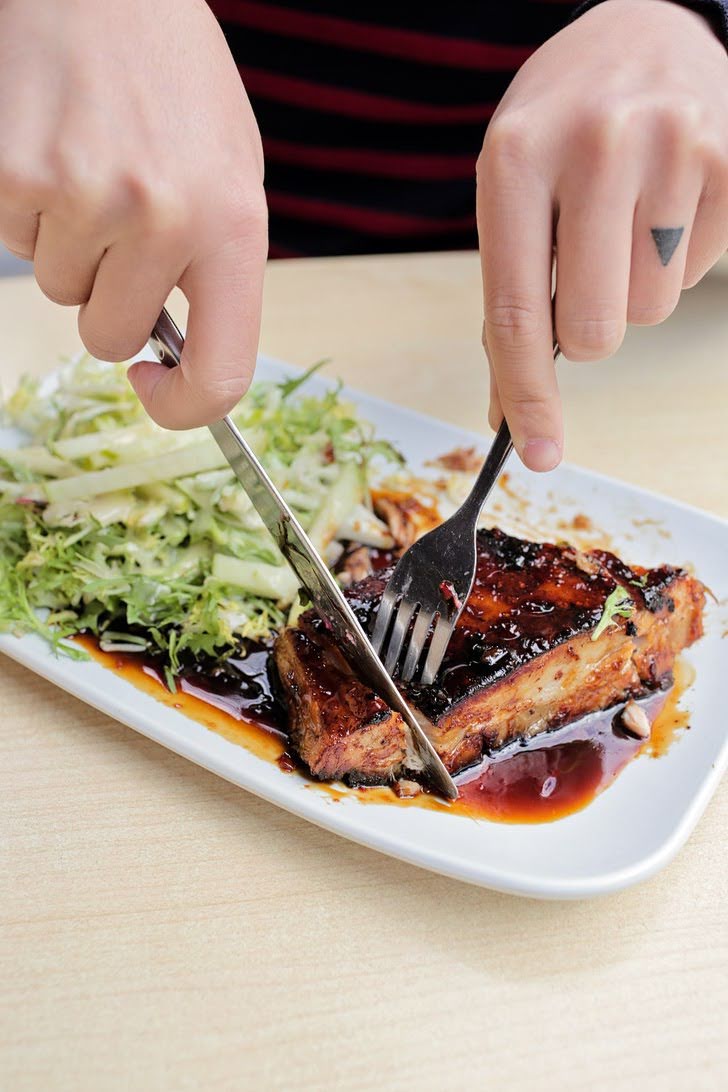 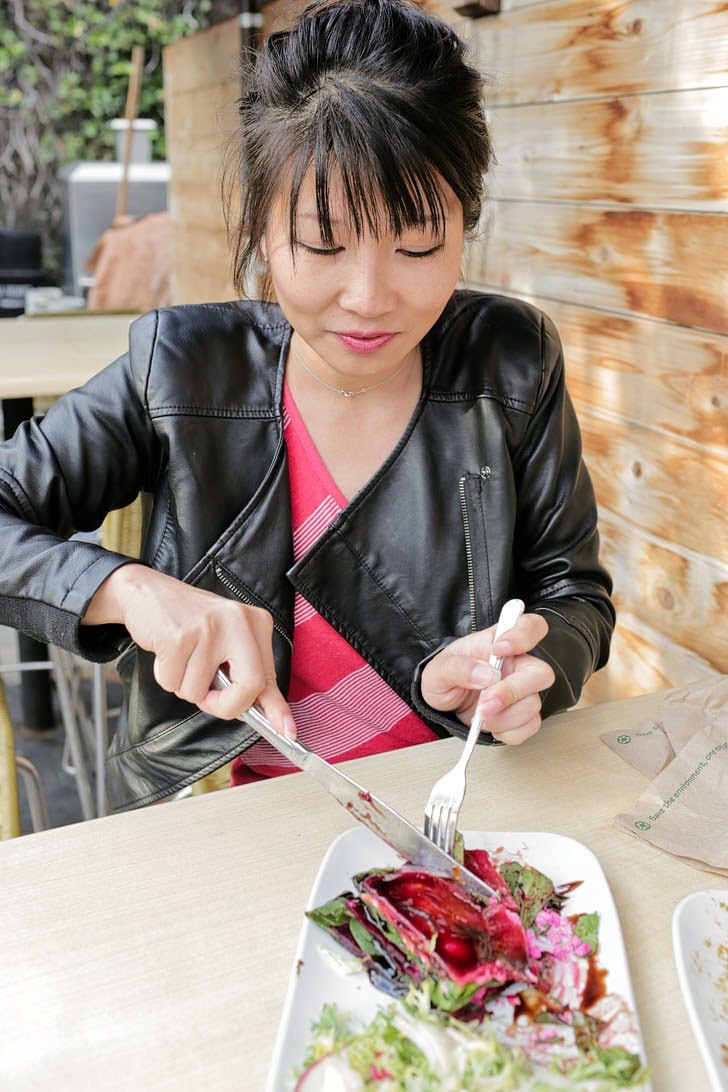 There are a few raised garden beds with veggies that go straight into their specials. They partner with Urban Plantations to tend 3 garden beds with chiles, tomatoes, squash, lettuce, and all kinds of herbs. 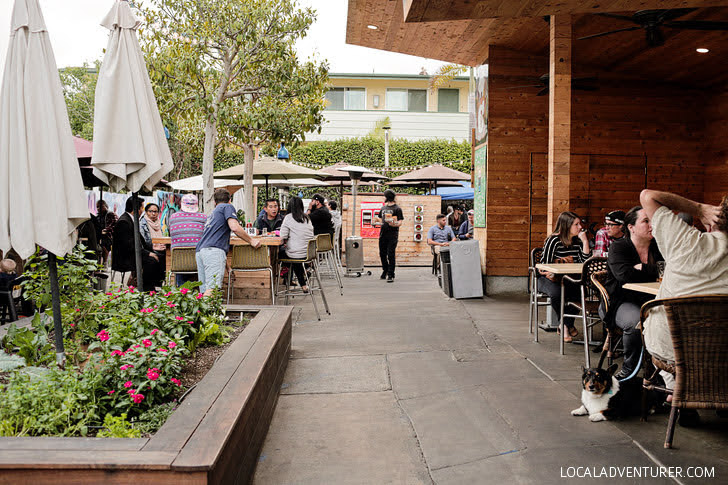 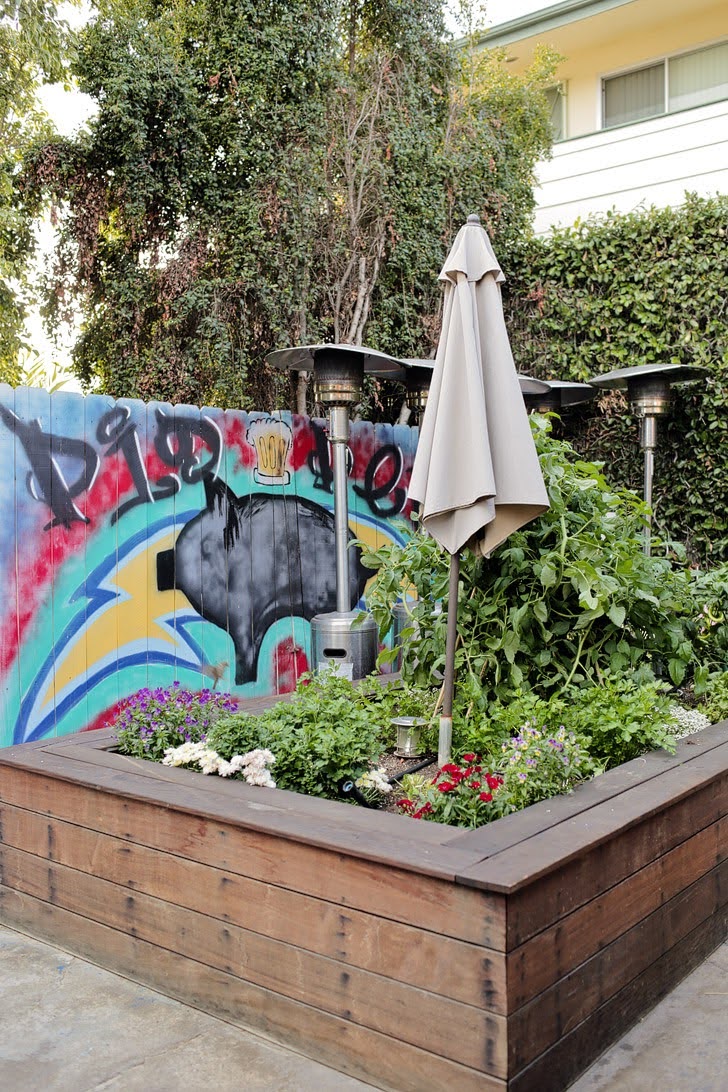 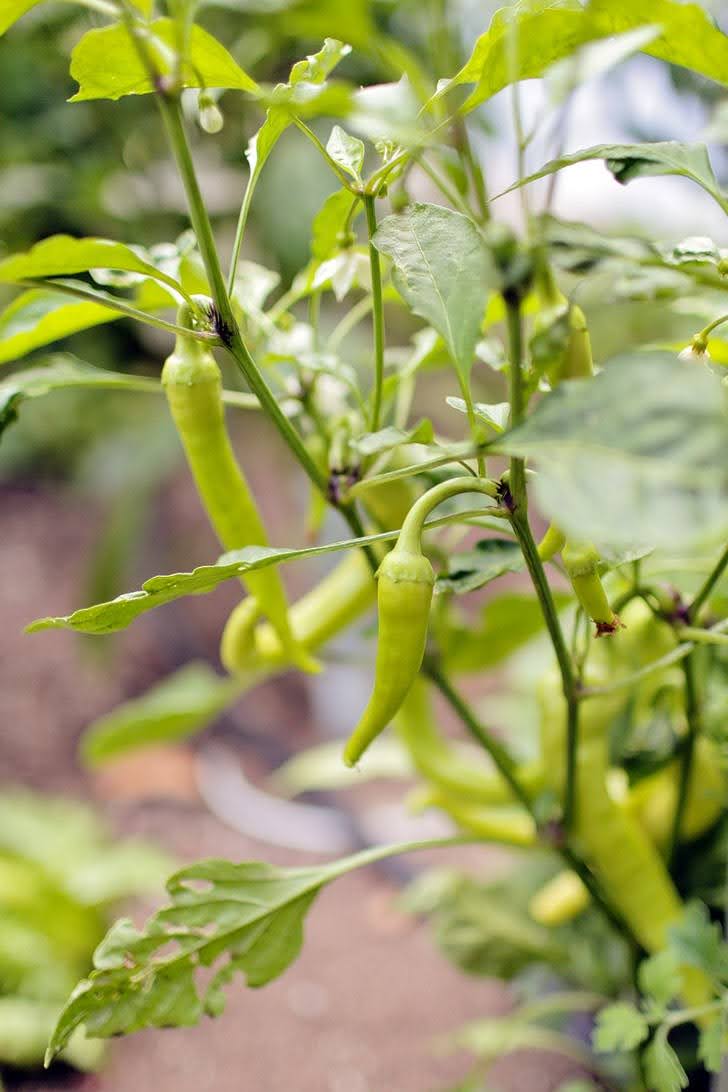 The SnackShack Chicharrons was served with a spicy avocado hot sauce and the seasoned fries were served with bacon ketchup. 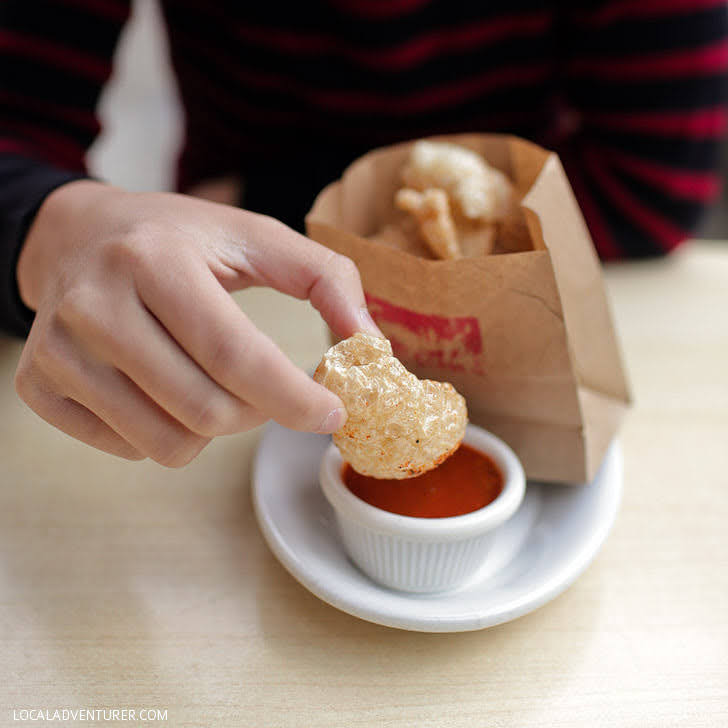 Our bellies were getting pretty stuffed at this point, but we still had to be sure to try their most popular dish: Triple Threat Pork Sandwich. That’s a pork loin schnitzel, topped with pulled pork, topped with bacon, and slathered in pepperoncini relish and shack aioli. 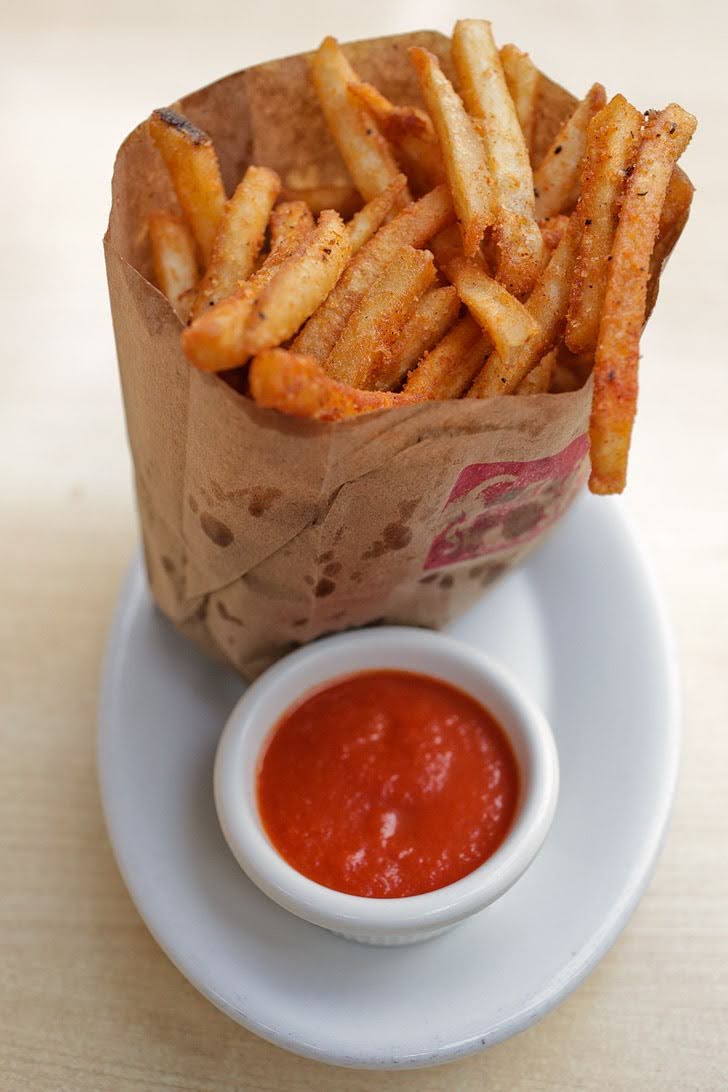 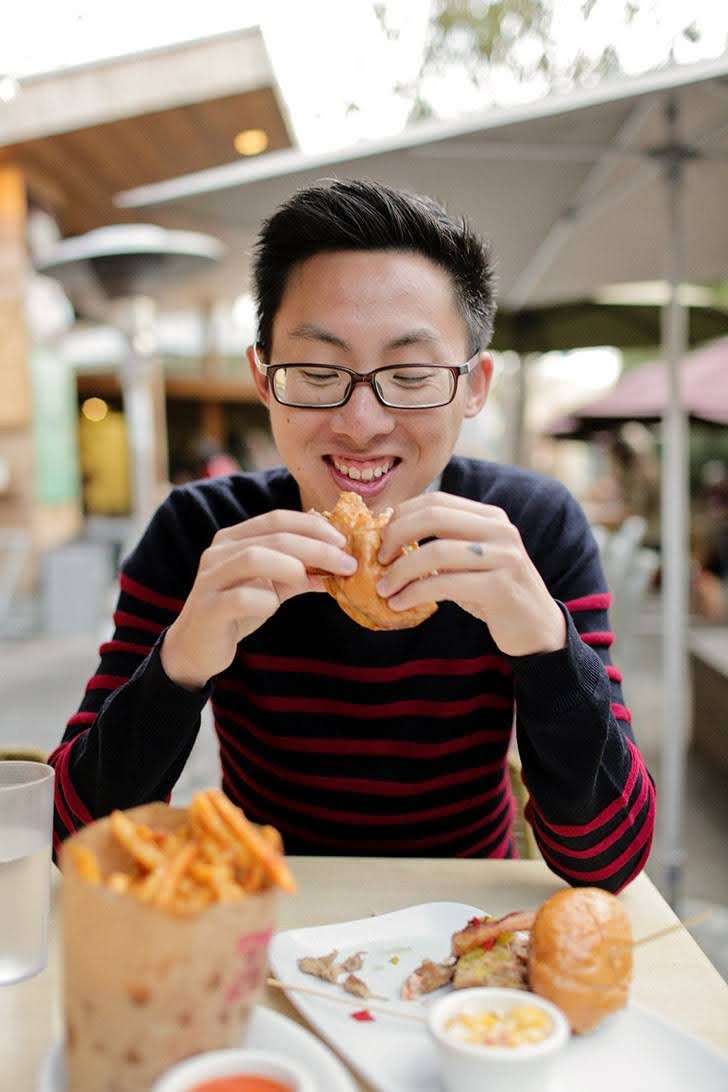 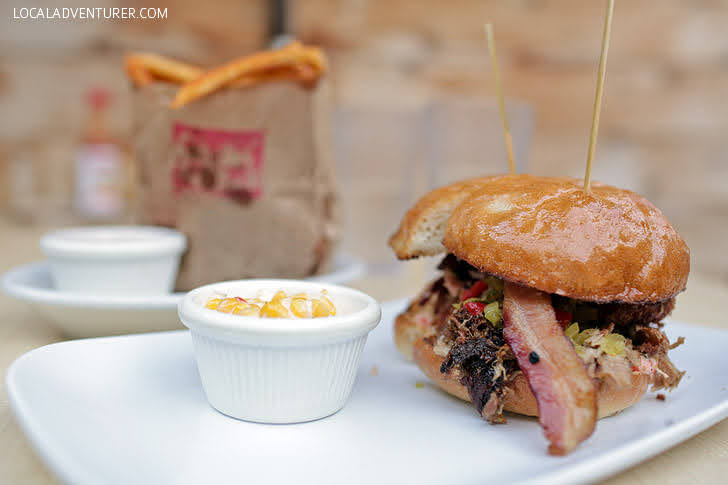 As if we were gluttonous enough, we also shared a Carnitas Taco. 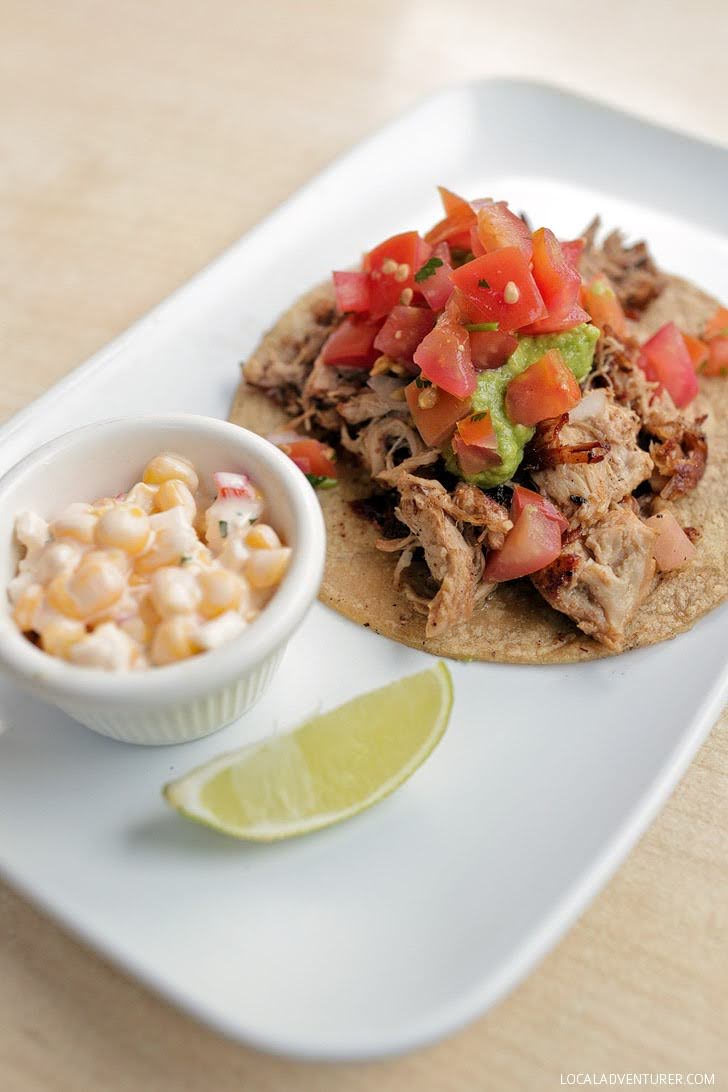 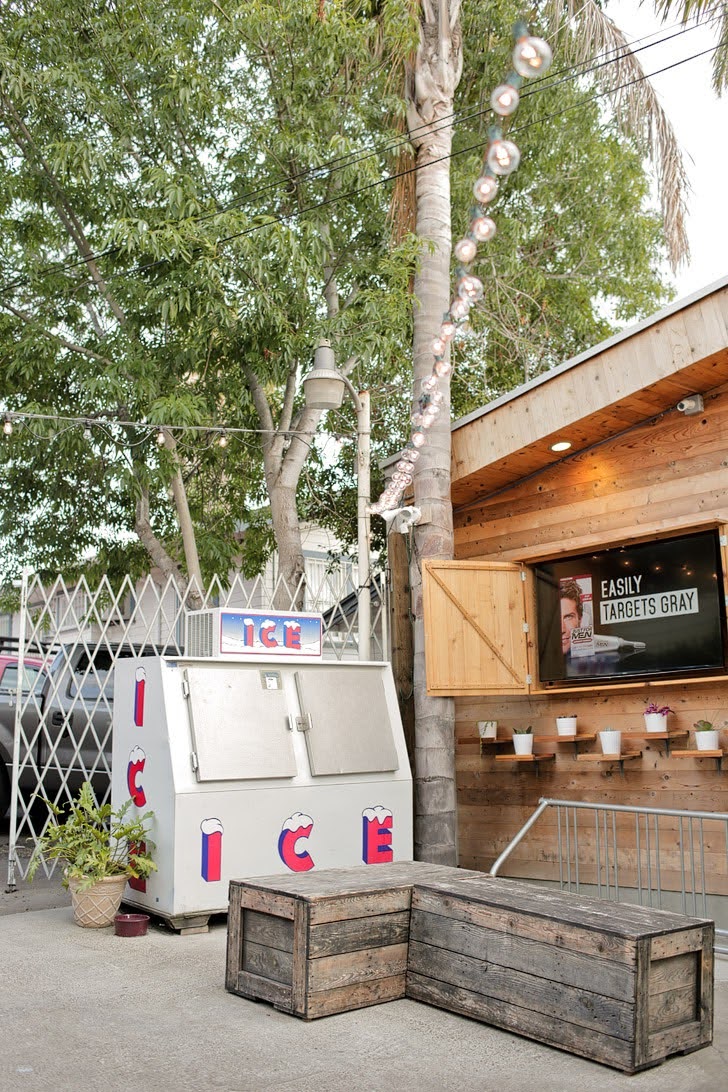 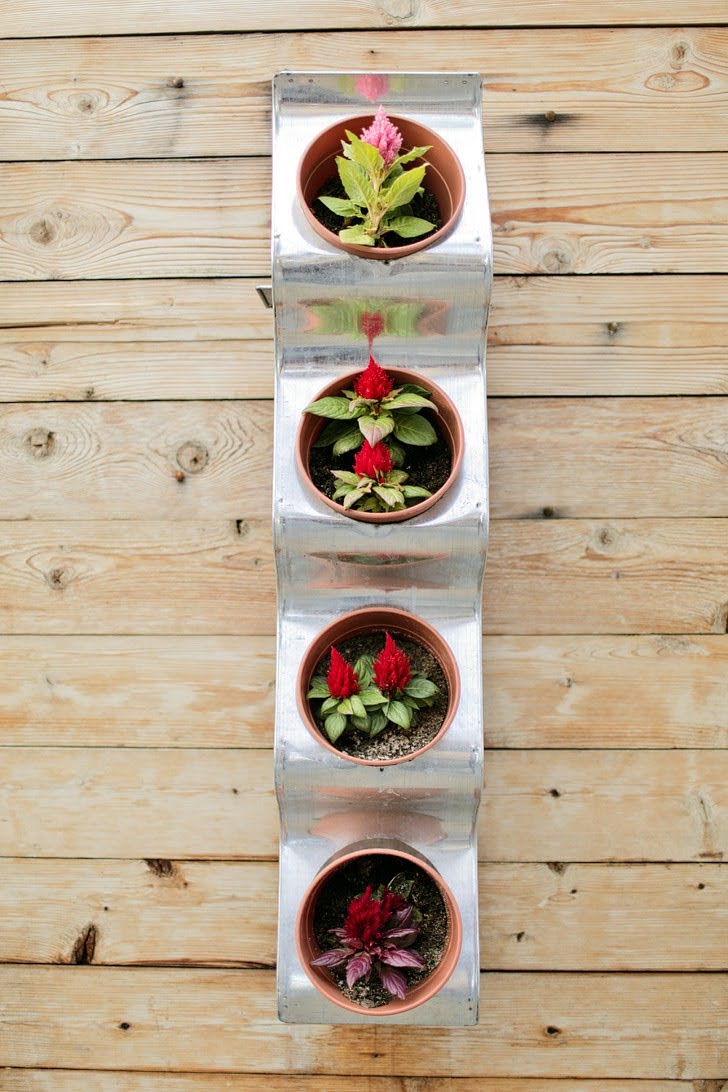 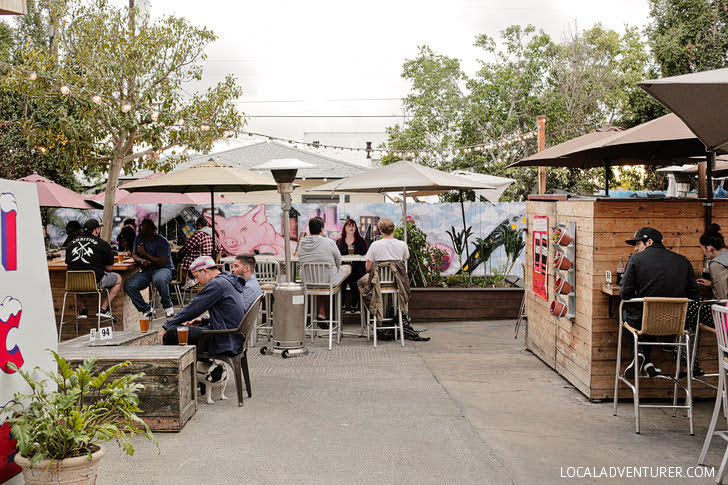 All their beer is San Diego local. They have 4 beers on draft and around 15 bottles. 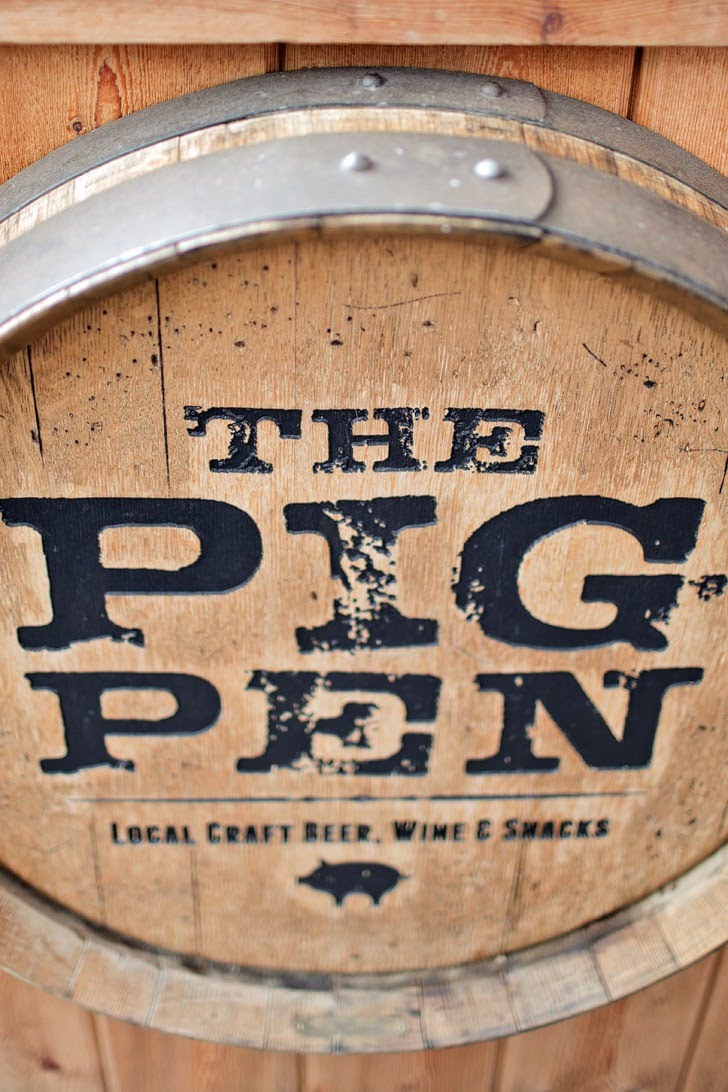 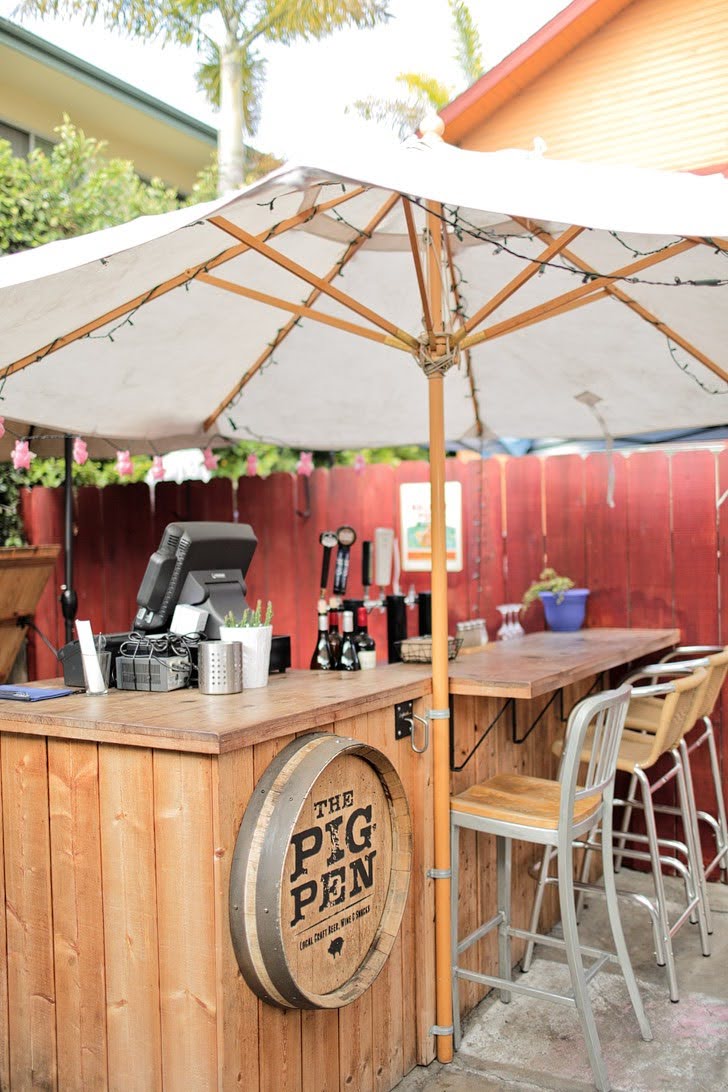 It’s such a great space to hang out, drink, and have great food. We can’t wait to visit again!

What would you most like to try here?
What are your top 3 eats in your neighborhood?