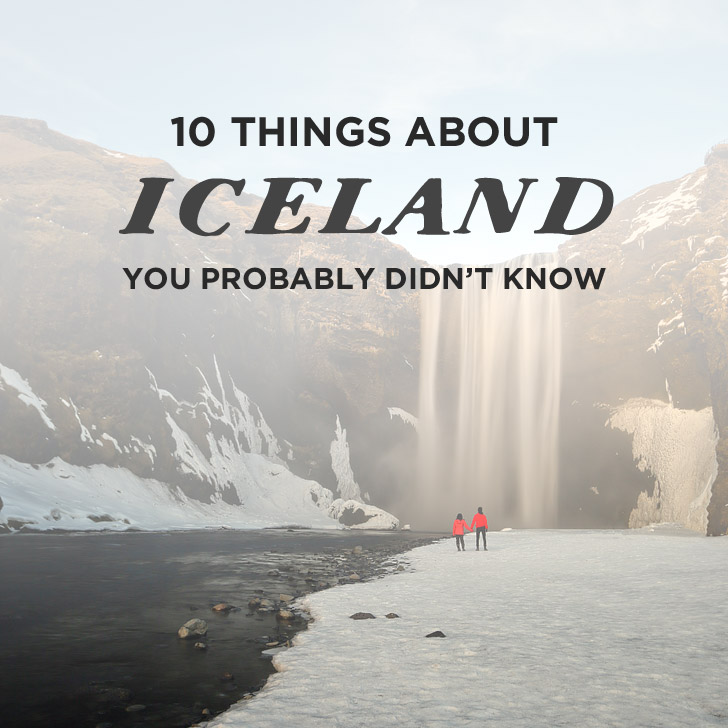 Before visiting Iceland, we had a friend help us put together a list of things you need to know before visiting. Along with some research and advice from friends who have been, we thought we had a good idea of what to expect, but this was the first country we’ve been to where the reality was vastly different from our expectations. Hopefully, what we learned will help you manage yours. 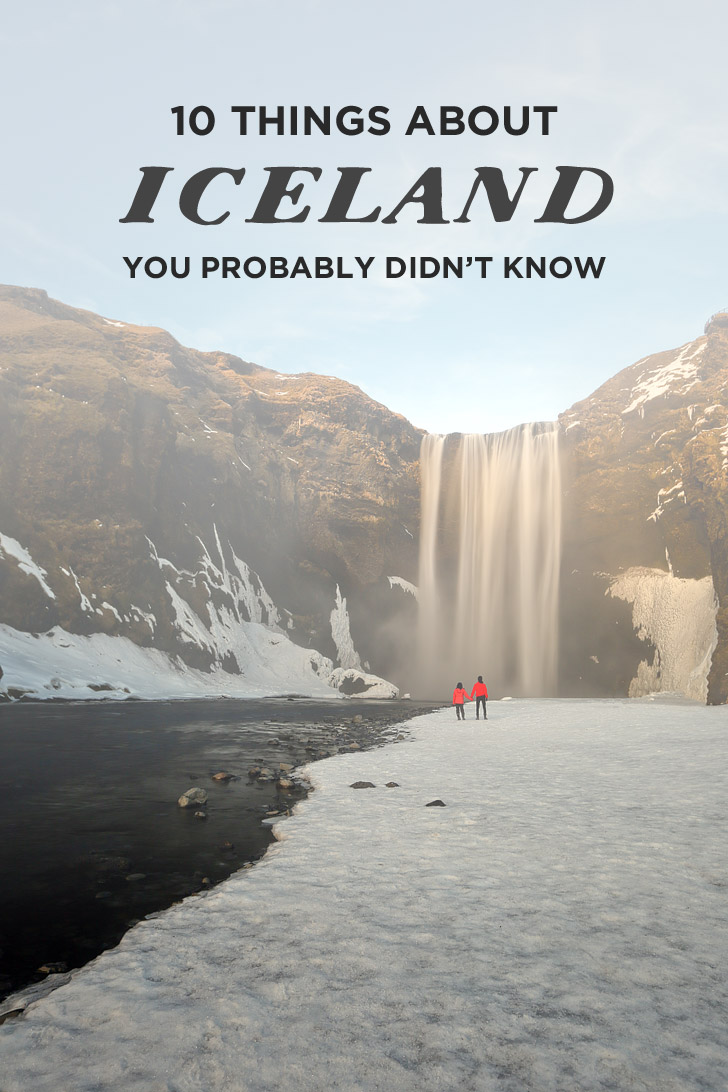 1. Most of the landmarks are really easy to get to and very crowded.

When I see photos of Iceland and all the amazing landscapes and waterfalls, I imagined it to be peaceful and just out in unspoiled nature. Unfortunately (or fortunately depending on how you look at it), most of the landmarks are extremely easy to get to. You can park right next to them and can even take photos from the parking lot, which meant there were busloads of people at these stops. If you want that solo shot next to the waterfall, you better be patient. 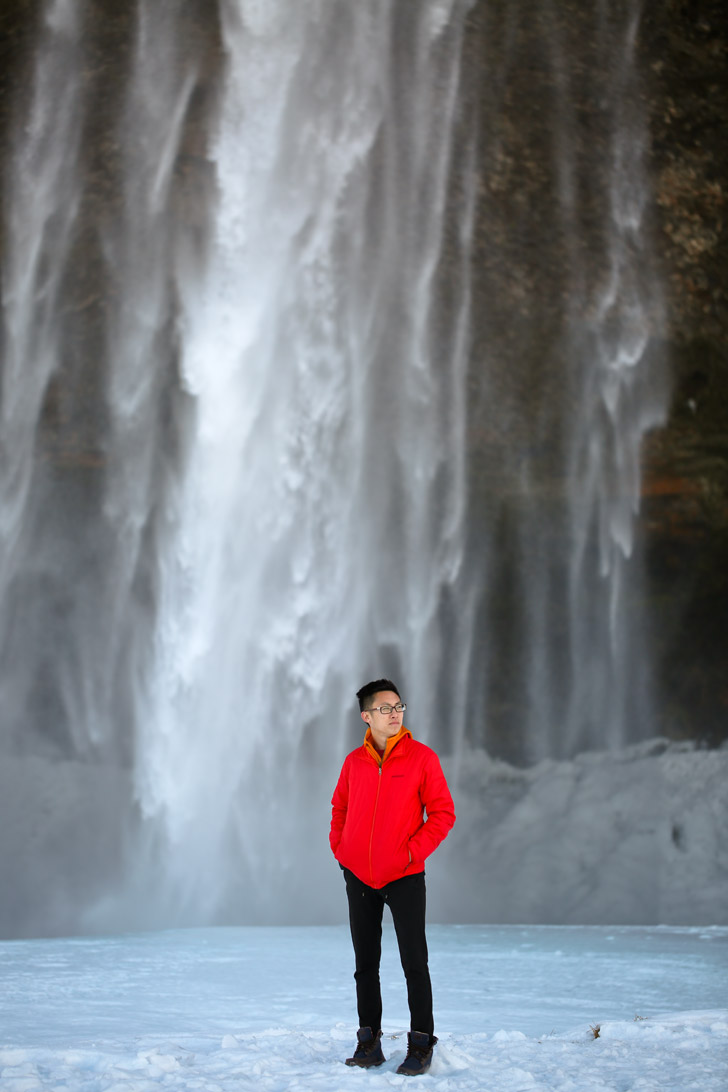 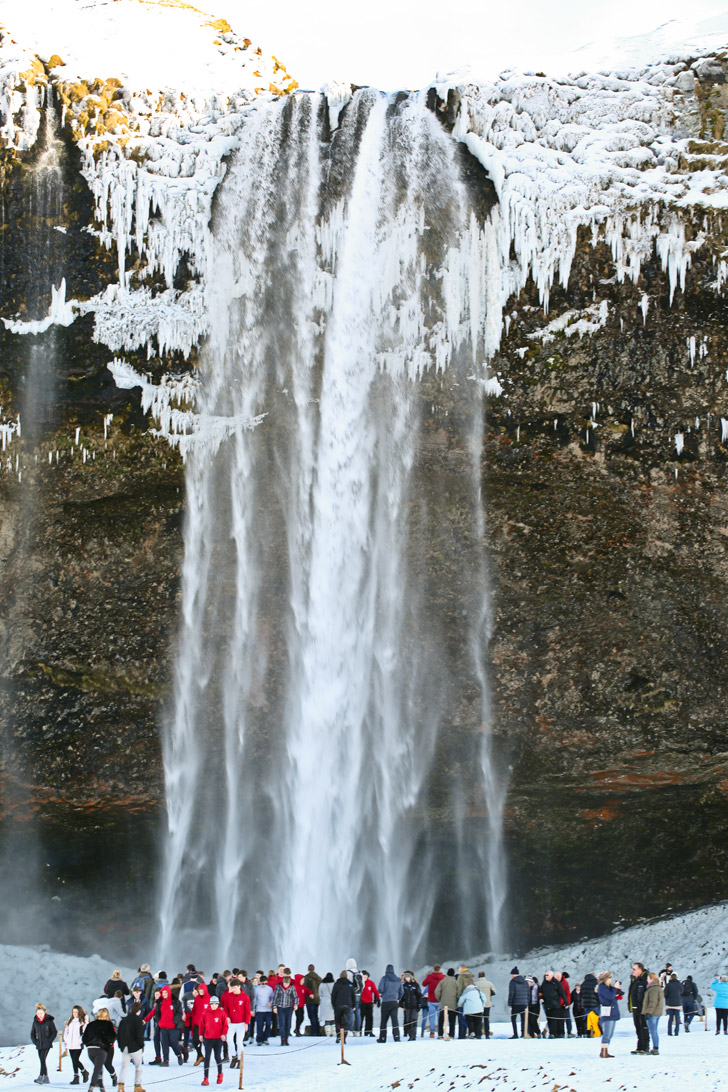 PRO-TIP: Want to avoid the crowds? Of the places we visited, West Iceland was the least crowded.

2. The Northern Lights might not be as vivid and easy to see to the naked eye.

If you have a good showing of the Northern lights (3 or above), you can’t miss it. However, there are a lot of nights you see minor activity that will only show up well on camera. To the naked eye, it could look like a grey cloud/mist. We found ourselves saying “is that it? let’s take a picture!” a lot.

Related: How to Catch the Northern Lights

Iceland has its own breed of horses… that have BEAUTIFUL hair (I’m envious)! We initially thought that we’d have to visit a farm or pay for a tour to see the horses but realized that they are scattered everywhere if you drive around the country. We pulled over a couple of times when they were near the fence, and the owners didn’t mind (although, that may not be true everywhere). 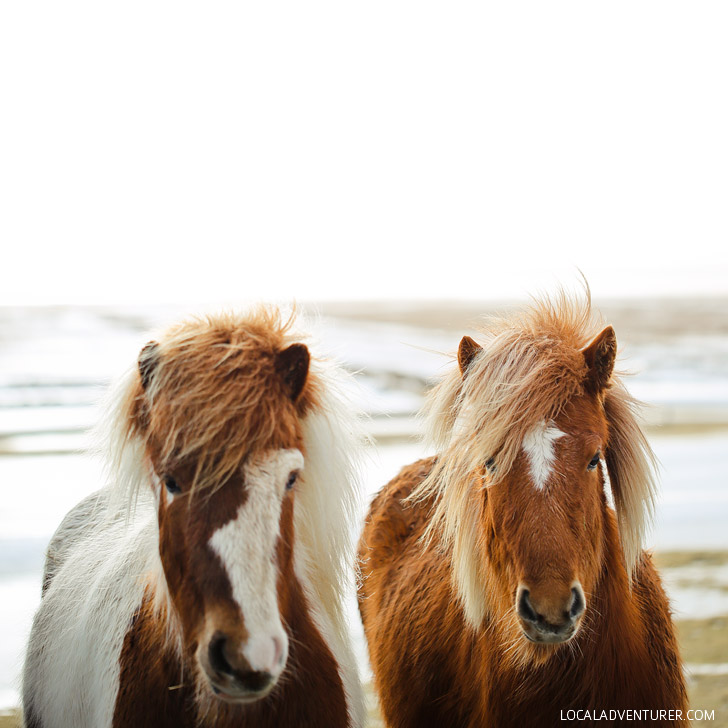 4. The island is surprisingly easy to navigate.

Besides the bigger cities, there aren’t a whole lot of roads in Iceland. This makes navigating it pretty easy (even with a malfunctioning GPS and no google maps!). We didn’t, however, try fording rivers in our 4×4 since everything was frozen over for us. 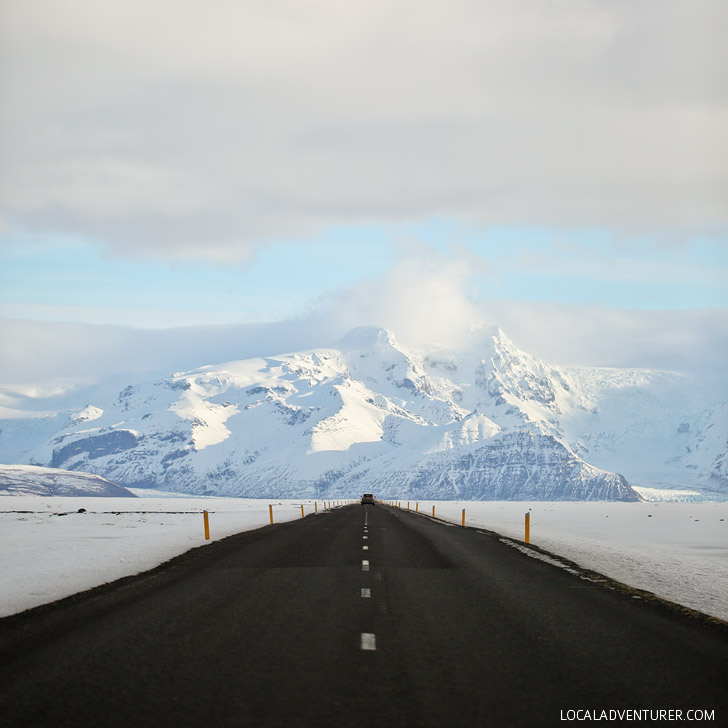 I’m no linguist, but I’m bilingual and I love learning languages. I felt like I could take a stab at pronouncing the basics but Icelandic was next level! Even when we had a few rules down (like pronouncing the j’s as y’s and Þ as a th), when we heard a local say it, we were way off!

Of course, I try to look for a sign to photograph, and when you’re looking for one, you can never find one! And this jökull isn’t nearly as hard to pronounce as Breiðamerkurjökull. 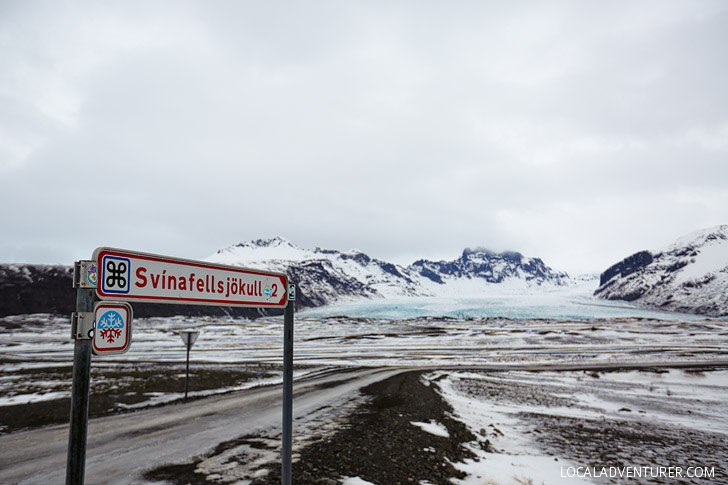 6. You won’t find many locals here.

In 2016, their population is 330k, and they are estimated to have 4x as many tourists. One of our guides mentioned that it’s actually a pleasant surprise when he hears someone speaking Icelandic.

7. The food is way too expensive for what it is.

We went in knowing that food was expensive, but we didn’t realize they were almost up there competing with Switzerland. We’re usually all about eating the local food, but it was really hard to cough up the money especially knowing that people never have raving reviews about Icelandic cuisine. We mostly settled on making PB sandwiches every day and even had KFC one night (I don’t even like KFC, and just to give you an idea, it cost $40 for an 8 piece chicken bucket meal.)

These were some of the exceptions: Fish Market (pricey but good), Noodle Station, and Bajarnsbestupylsur (the famous hot dog stand with $3 hotdogs). 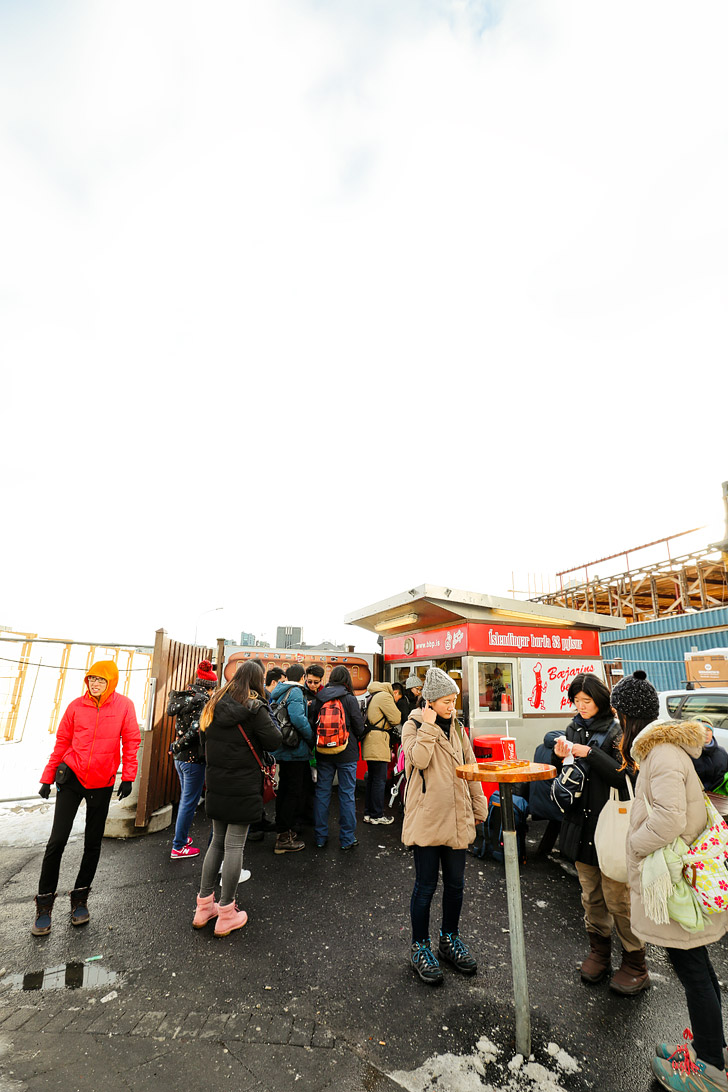 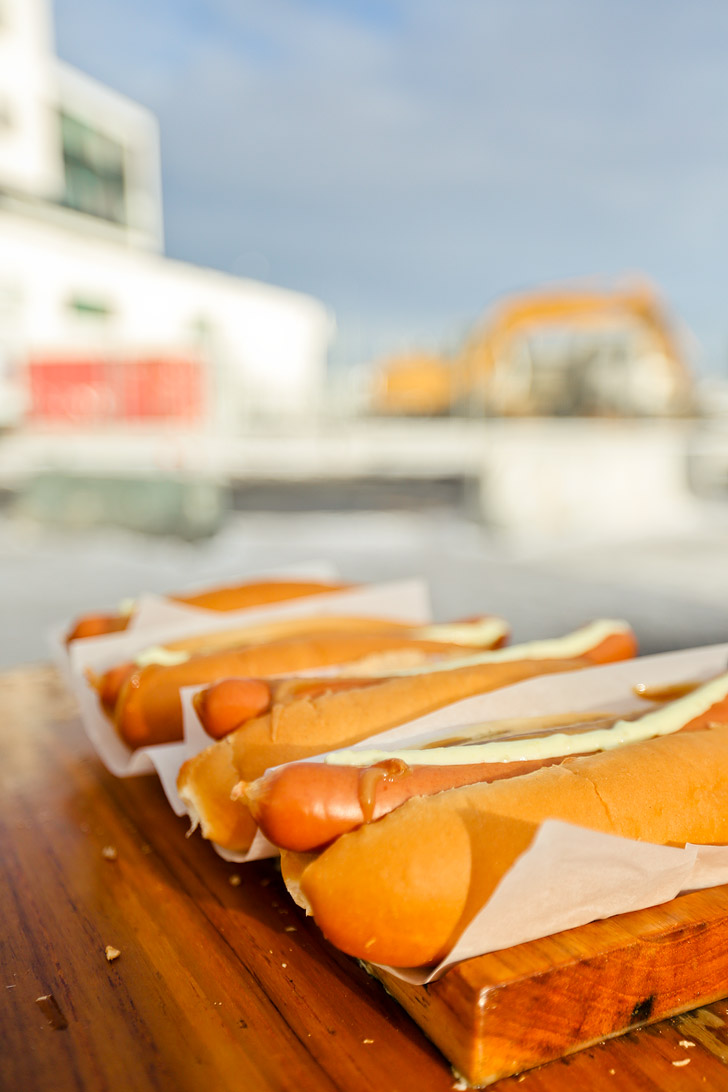 If you know of others, leave us a comment below!

8. The landscapes are so different in summer and winter.

Most photos you see of Iceland are during the summer. We planned to see certain landmarks based on photos online, but some of them were completely covered in snow and ice. Sometimes when we were driving, all we saw was white with no distinguishable shapes. If you’re going in the winter, don’t forget crampons – they are the one thing we highly recommend. 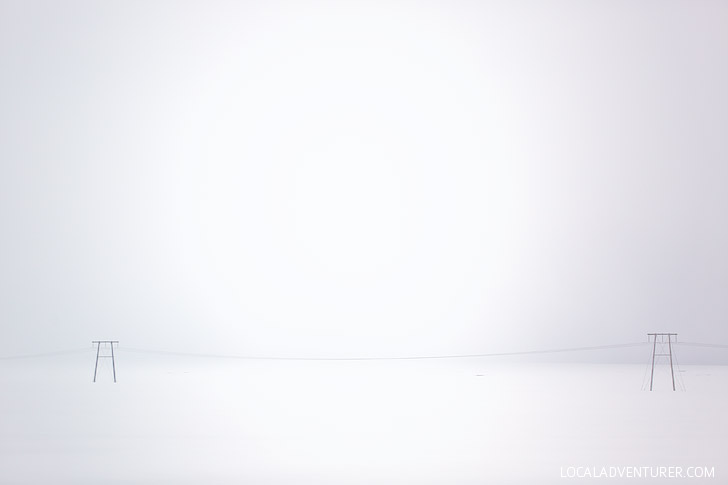 9. How fickle the weather really is.

Someone said there are 4 seasons in one day in Iceland, which we thought was a bit of exaggeration. That’s what they had said about New Zealand. Then we experienced it for ourselves. We saw bright, sunny weather, rain, snow, wind, and hail all within 15 minutes. Bipolar, I tell ya.

10. The water is really sulfuric.

People said the water is the most amazing water anywhere, and you should absolutely drink it from the tap. This might be true in Reykjavik, but the water in most of the smaller towns we stayed at while road tripping around Iceland was sulfuric. You might want to plug your nose when you’re showering.

BONUS. Our favorite finds were not actual landmarks.

Iceland is such a beautiful country! Even though you don’t feel disconnected from civilization, it’s absolutely worth visiting. If you’re road-tripping, we highly recommend giving yourself plenty of time to drive around. If you spot something interesting, pull over and explore!

Have you ever been somewhere that you expected one thing and got something completely different? What’s something unexpected you learned on a recent trip?