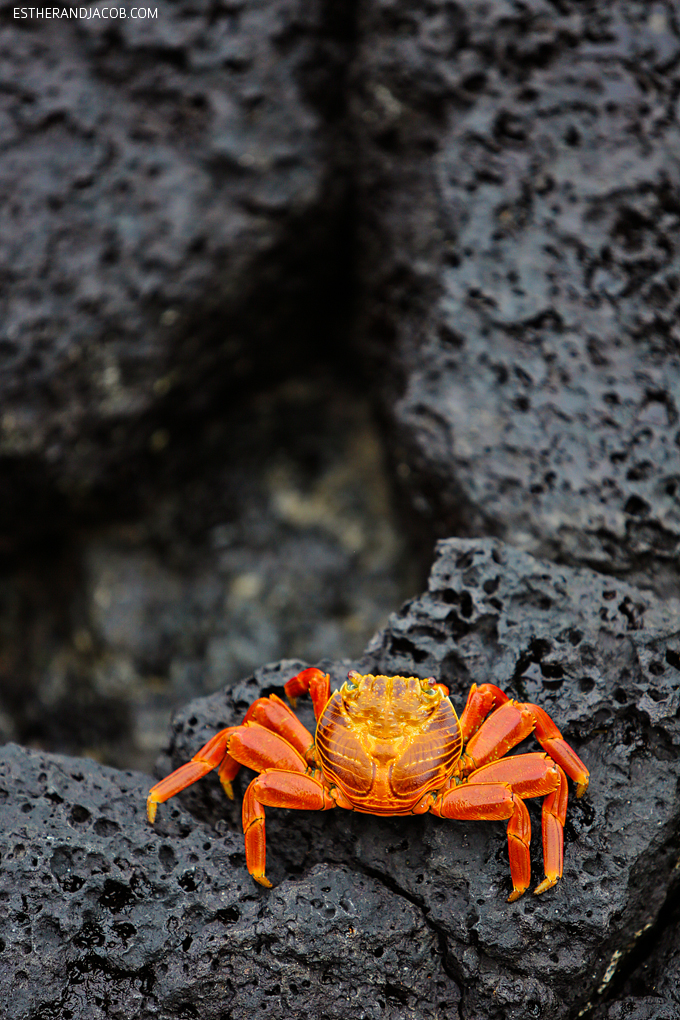 First post from our new home in Las Vegas! :) After looking through my photos at the Puerto Ayora Fish market, I realized I took far too many photos of the Sally Lightfoot crab. I decided to do a separate post on them, but I may need to have a second pair of eyes to cull the photos next time.

The Sally Lightfoot crabs are a saltwater crab species found on the rocky coasts of the Galapagos Islands as well as the western coast of Mexico, Central America, and South America. They are quick and agile and disappear when they sense you coming near them, hence their name. Luckily, I had a 70-200mm that could give me some distance to photograph them without having them dash away.

This was my first trip where I was primarily photographing animals in nature, which made me see a glimpse of the level of skill and patience a nature photographer needs. I’m not sure how they do it! It reminded me of the time I was photographing a basketball game back in college, and I couldn’t anticipate any of the moves of the players. Nature photography is definitely a different ball game. The Lava Heron is stealthily watching its prey. All photos above were taken with a Canon 5D Mark III and 70-200mm / 2.8L lens. I loved their vibrant colors with the sharp contrast against the lava rocks. I can tell they were popular among photographers.

What’s the most photogenic animal you’ve seen / photographed? (link them in the comments below)

I’ve been doing a travel post every Tuesday. If you want to check out the others, click on the banner below: