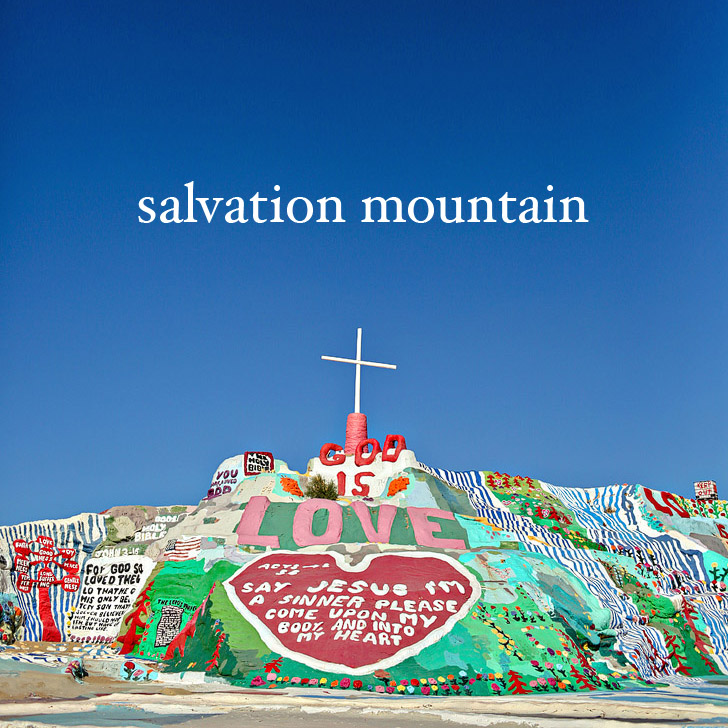 Last week, we took a roadtrip to Salvation Mountain. I’ve always been intrigued with this place ever since watching Into the Wild. It’s been on our west coast roadtrip list since. It’s a little less than four hours from Los Angeles and made an easy day trip for us. And thanks to ford and the fiesta movement, gas was free!

It was Leonard Knight’s life mission to create something showing “God is Love.” After many trial and errors, he built Salvation Mountain. It’s become a lifelong project where it constantly grows and needs to be repainted and maintained. I can’t imagine dedicating that many years into a single project. 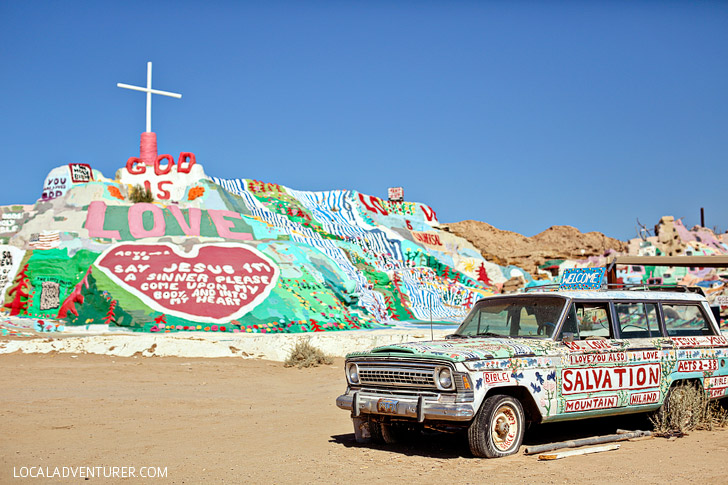 This area was recently blocked off because they may have sighted some killer bees. 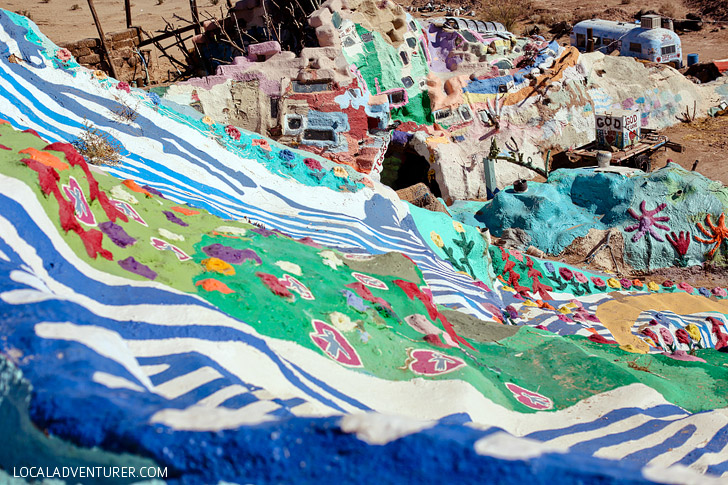 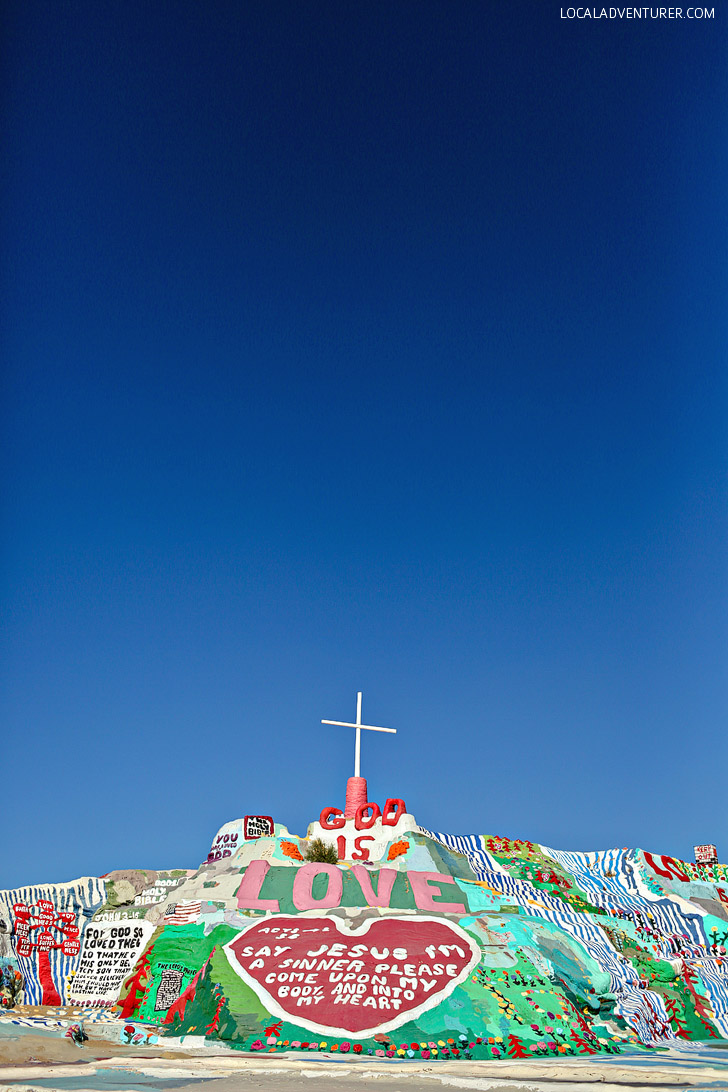 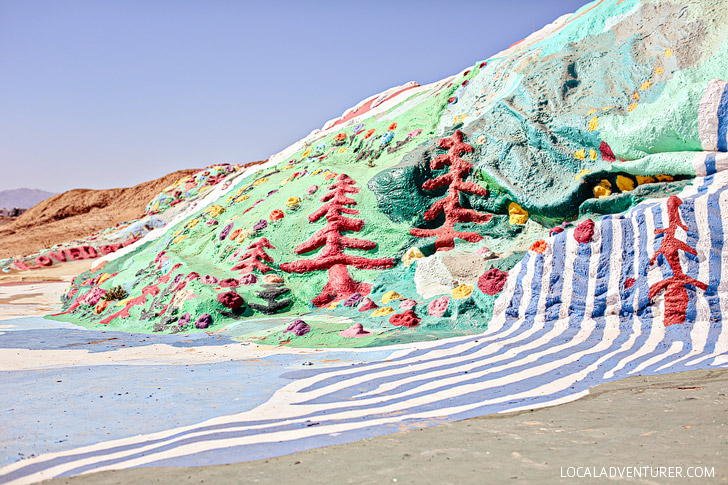 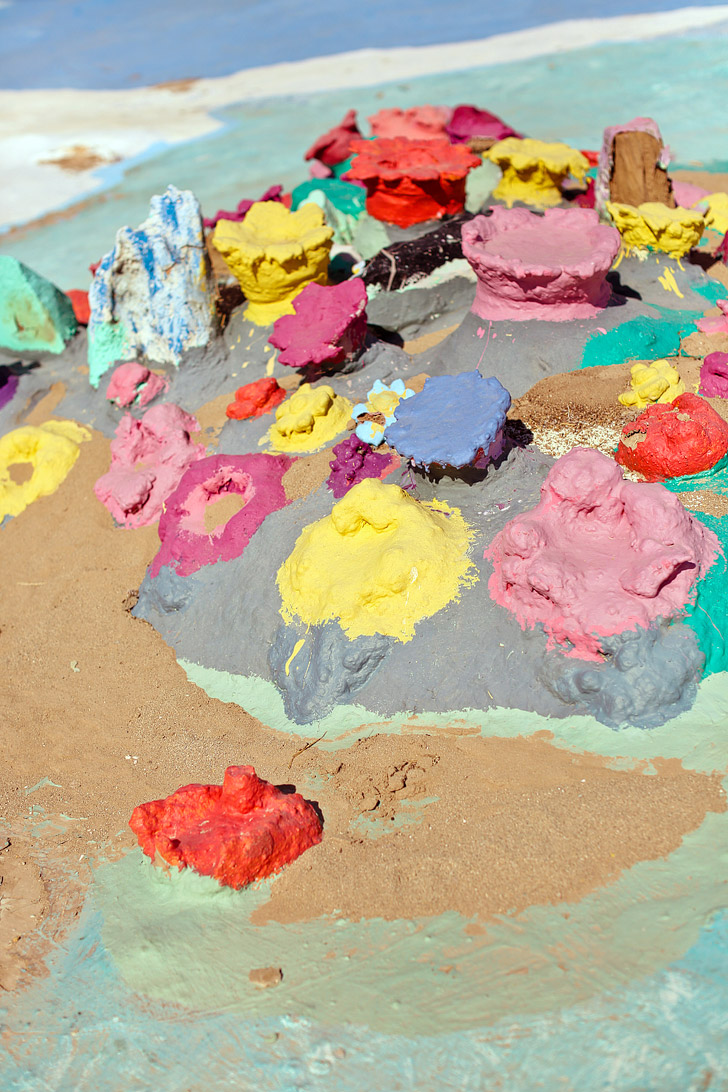 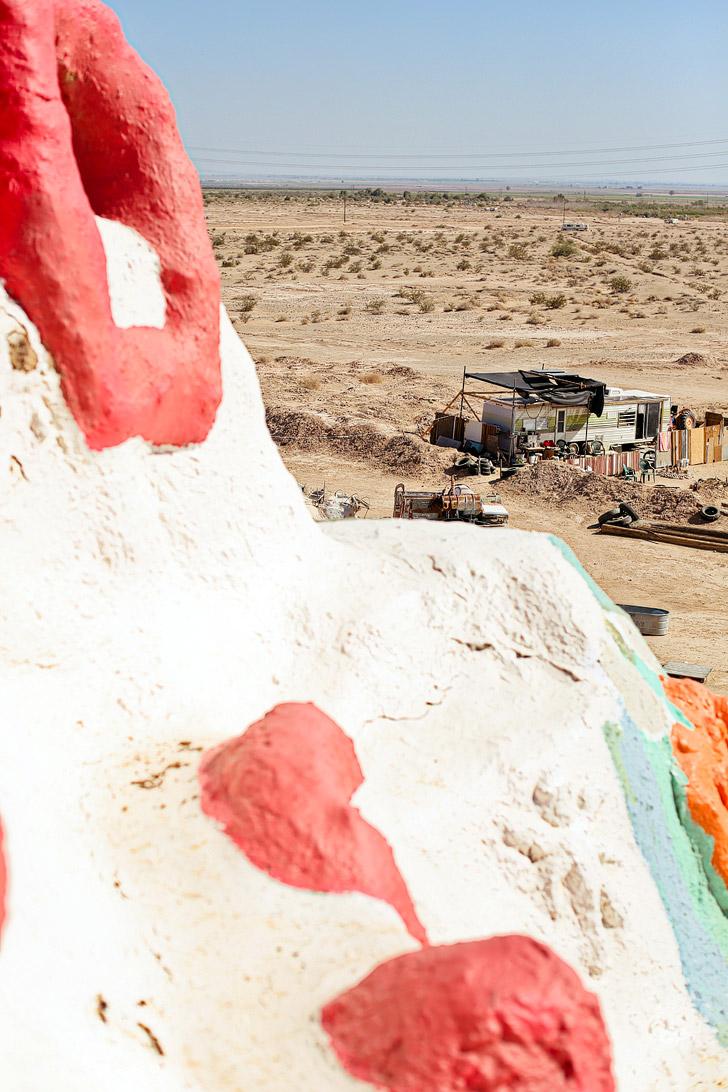 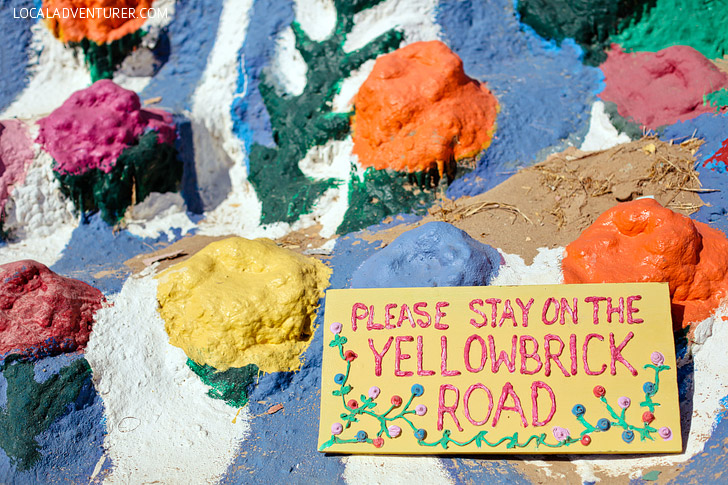 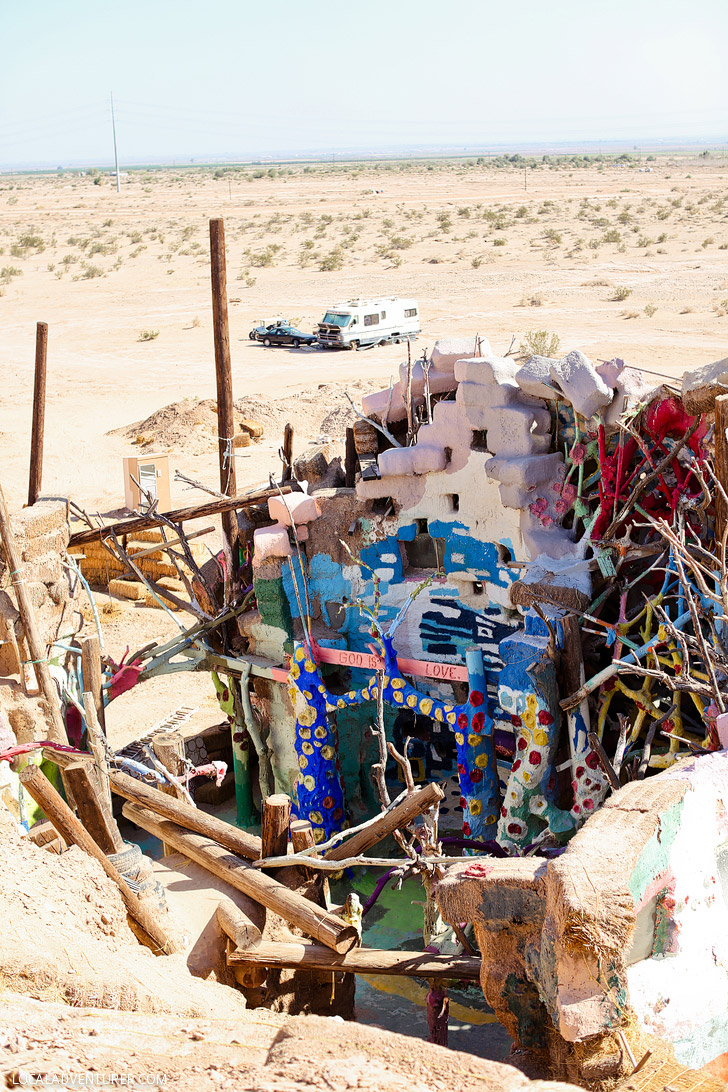 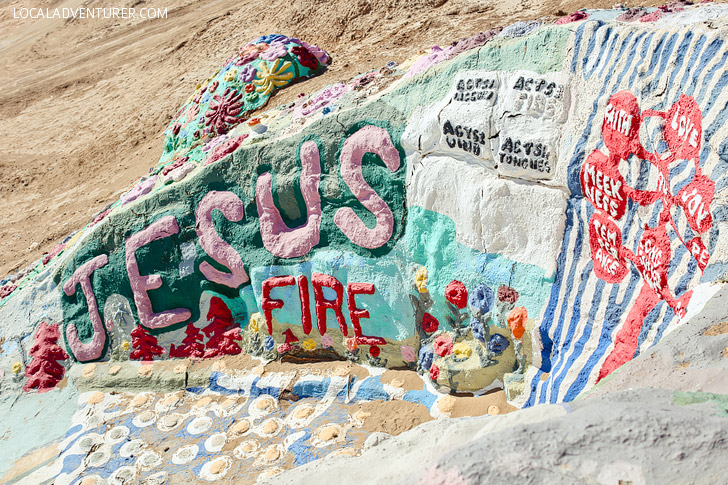 Here’s Matthias & Jacob finally in a moment when they are not vlogging. These moments are rare. :P 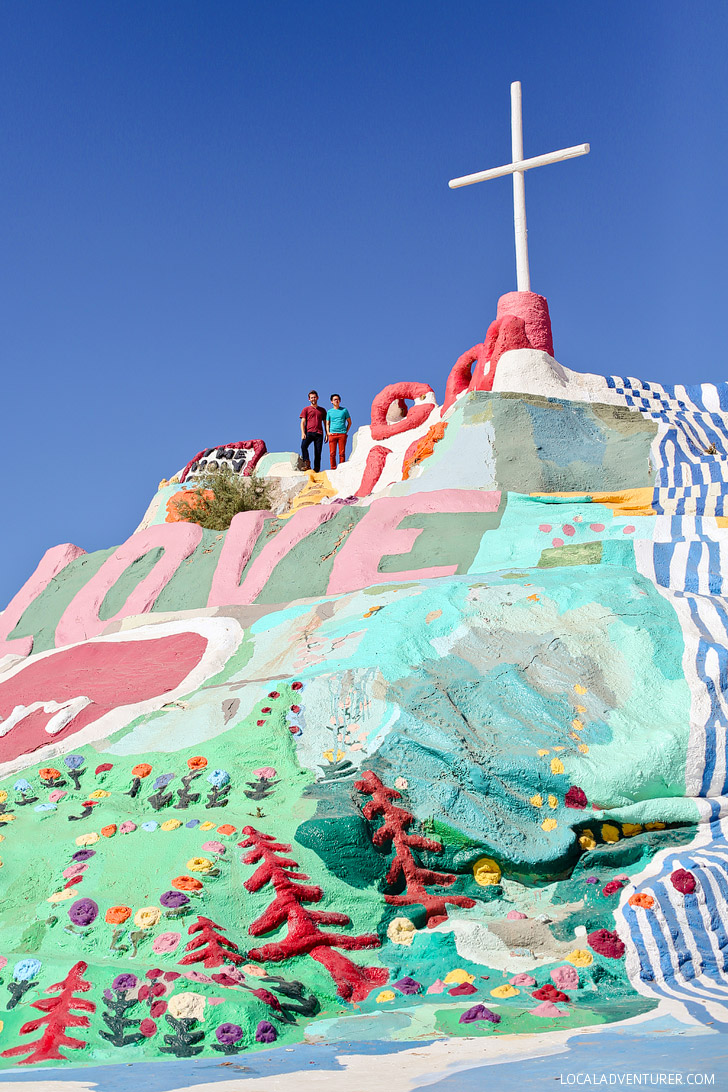 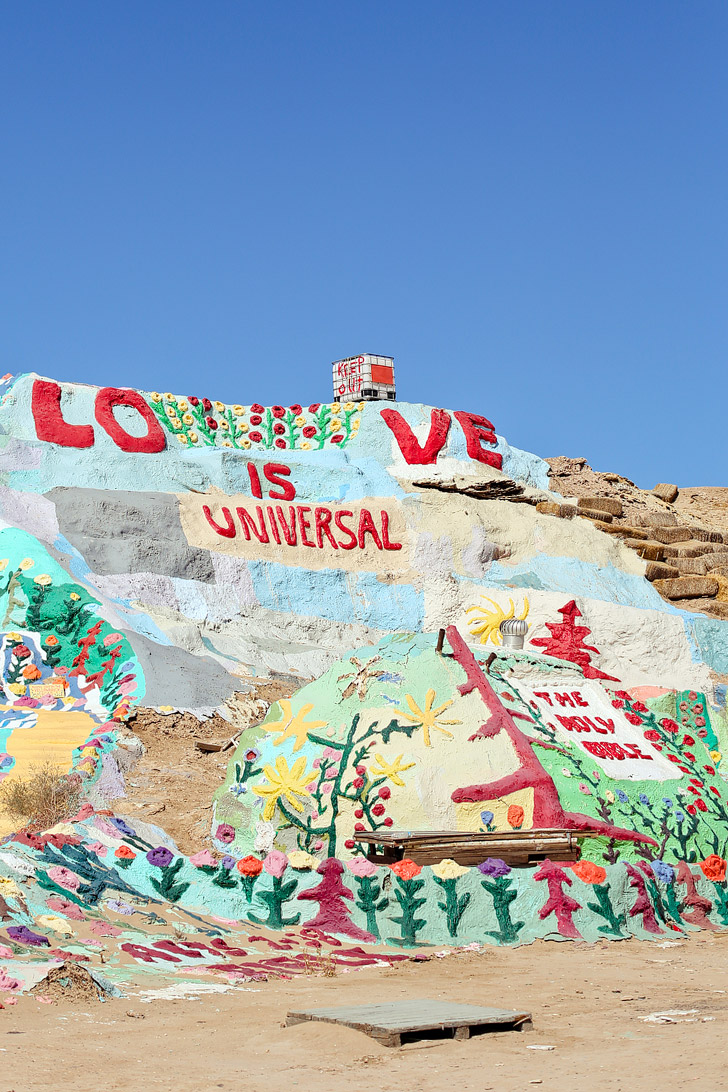 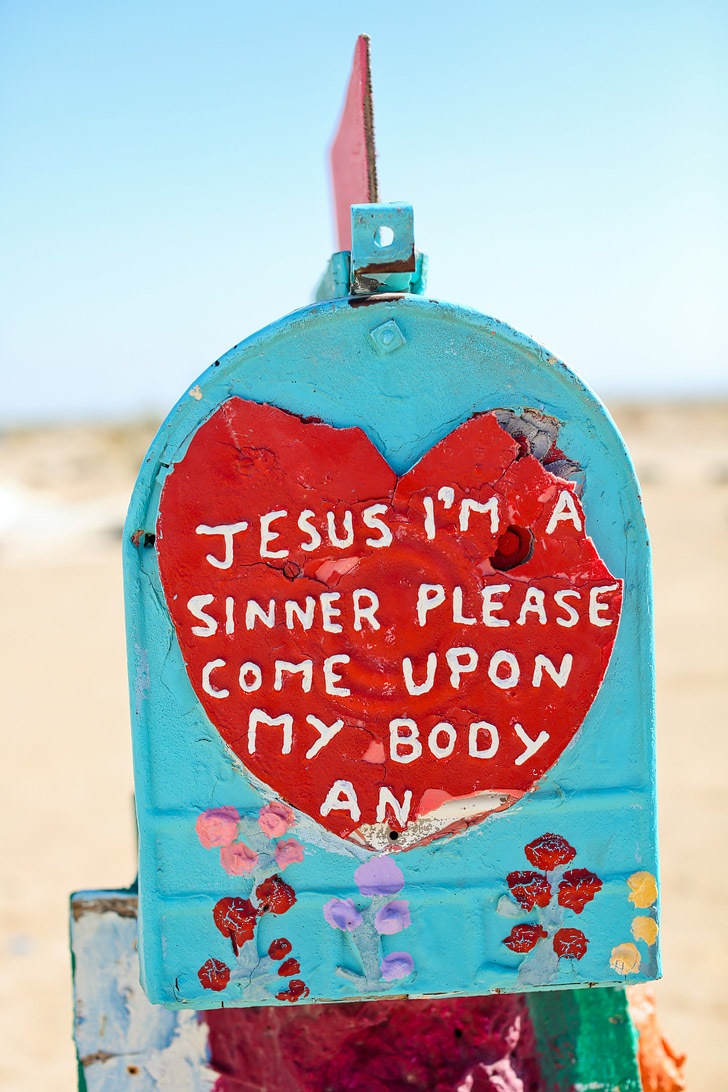 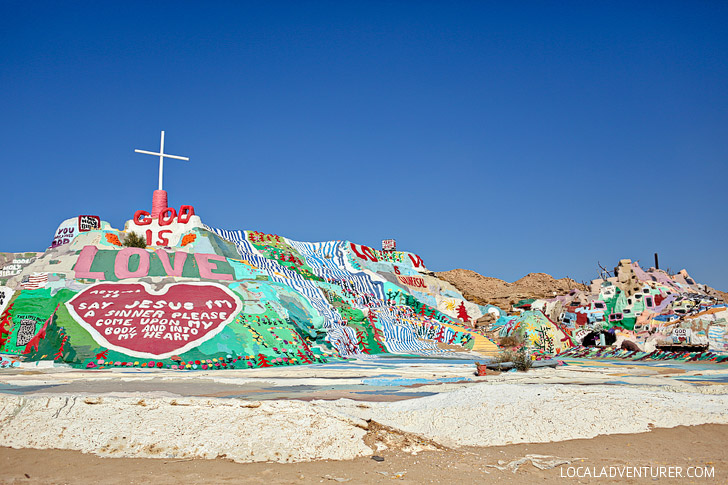 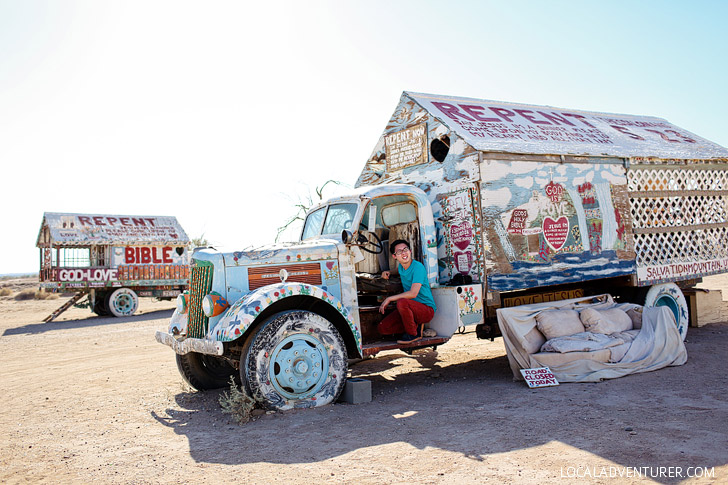 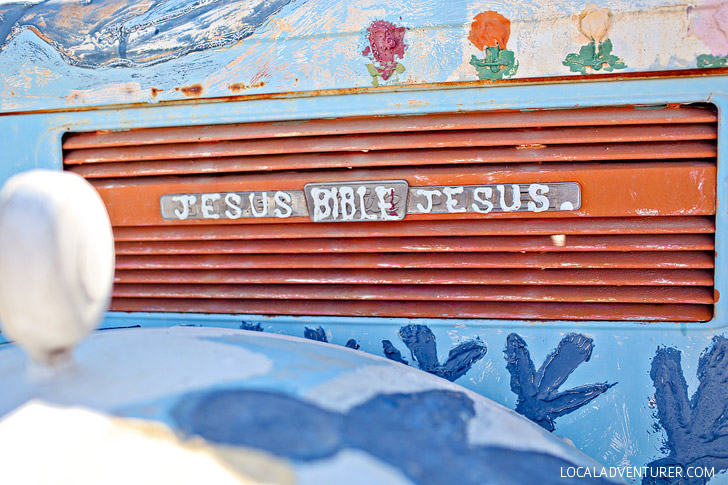 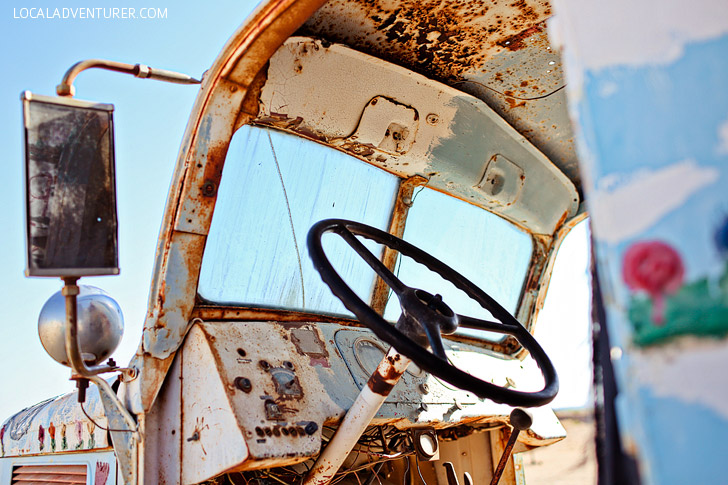 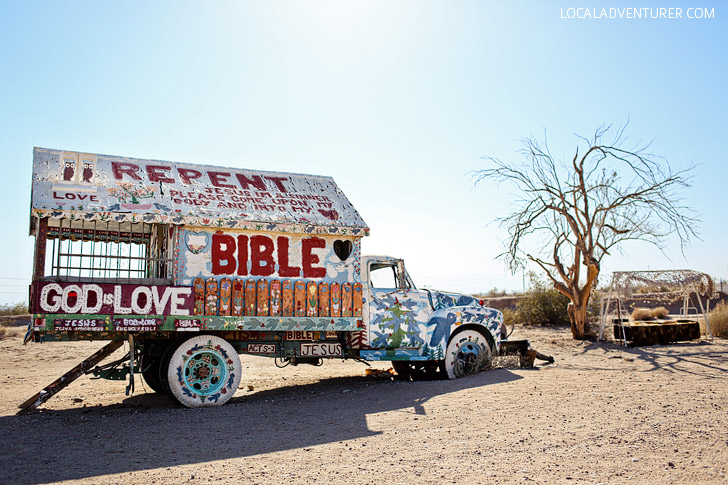 Just a few random things we learned on the road trip to Salvation Mountain:

My only regret from this trip was not checking the weather. I’m not sure why it slipped our minds. Jacob, being a planner, usually always checks. What was I thinking.. that it wouldn’t be hot in the desert? After all, it didn’t seem that hot in the movie. (I went back to double check the scenes in the movie afterwards, and it did seem hot. My memory fails me). Because of that, we didn’t stay very long. We took a walk around the areas that were open, took photos, and headed back home. Just FYI, it gets up to 115 degrees F in the middle of summer.