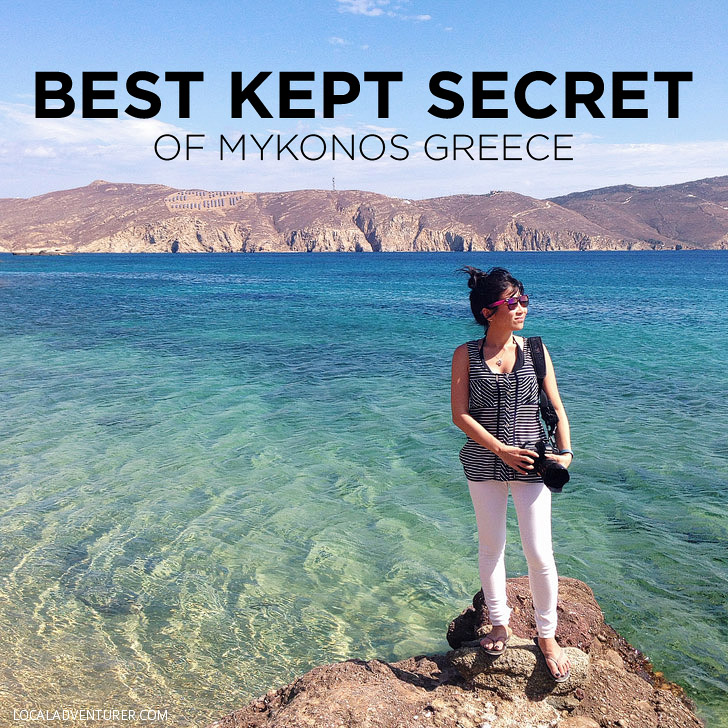 Mykonos is known for its party beaches that go till the early hours of the morning. During the summer, beaches with names like Paradise and Super Paradise are packed with tons of people, DJs, drinks, and plenty of debauchery. Even when we visited, which was the slower season, some of the beaches still felt like Spring Break.

Agios Sostis is a Mykonos beach that is quite the opposite. Located roughly 2.8 miles (4.5 km) from Mykonos town on the North end of the island, it can only be reached by a rental car, ATV, or taxi. The roads are in good condition, but mostly unmarked and narrow. We were able to take our rental car and park it at the top of the hill before walking down to the beach. 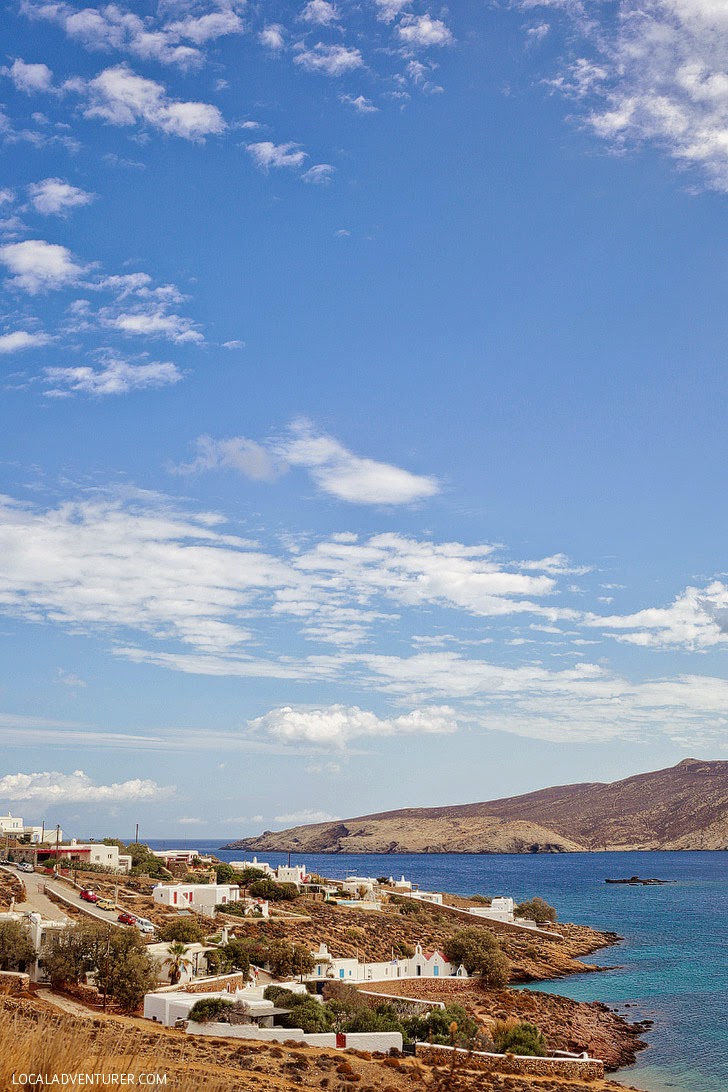 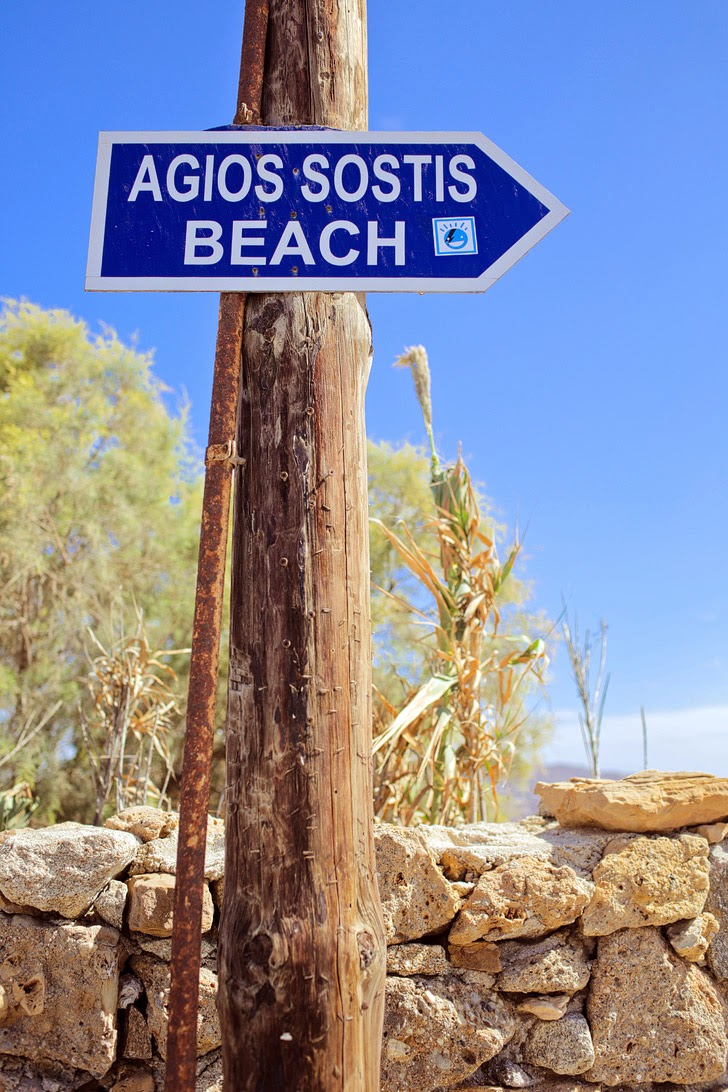 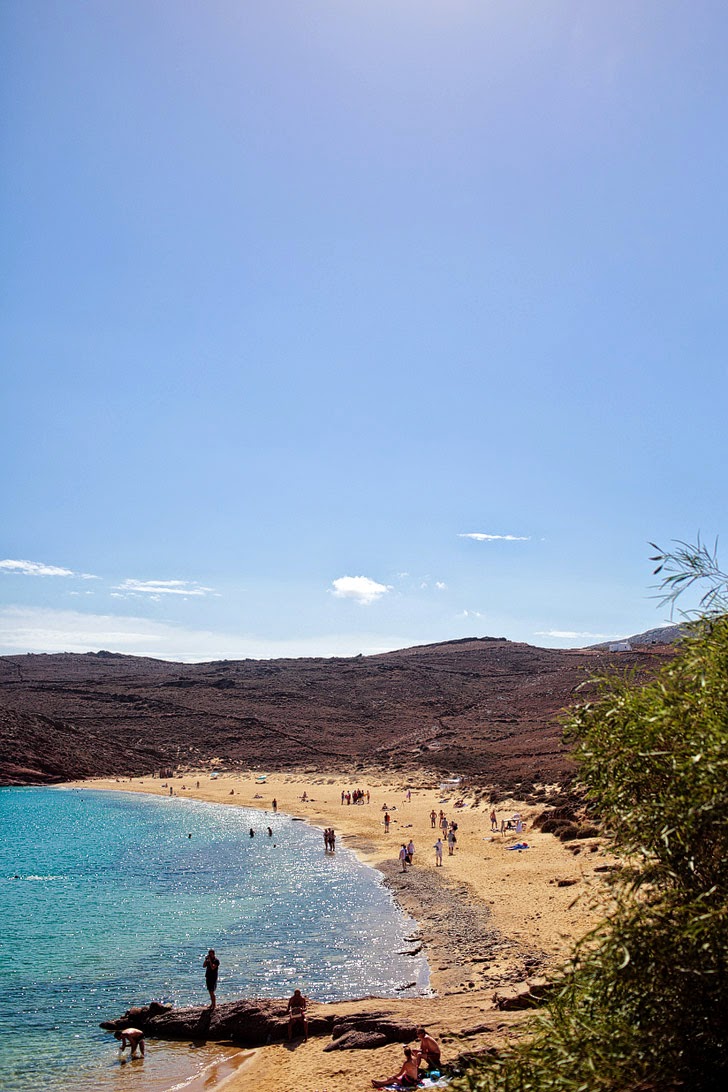 Unlike a lot of the other beaches, there weren’t a bunch of chairs and umbrellas set up to rent and there wasn’t a bar around every corner. But that’s what made it great! You could simply bring your towel and find your own unspoiled spot on the beach. It was much quieter and the water was absolutely stunning! If we had one more day in Mykonos we definitely would have spent it here (and probably stopped in at Kikis Tavern for lunch again. It was that good!). 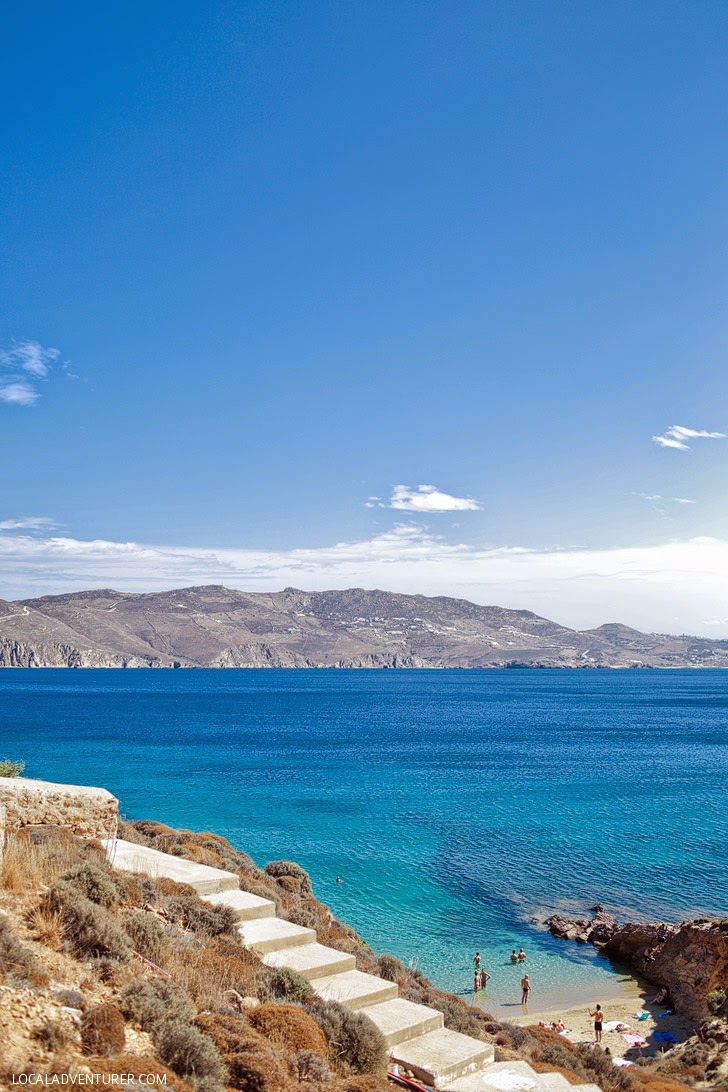 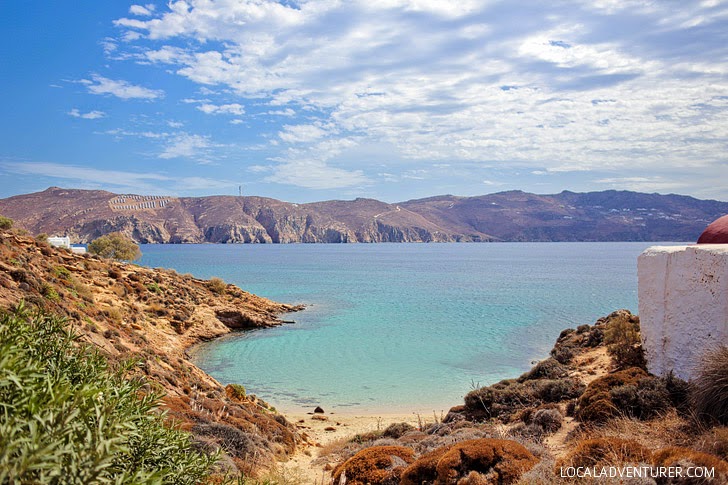 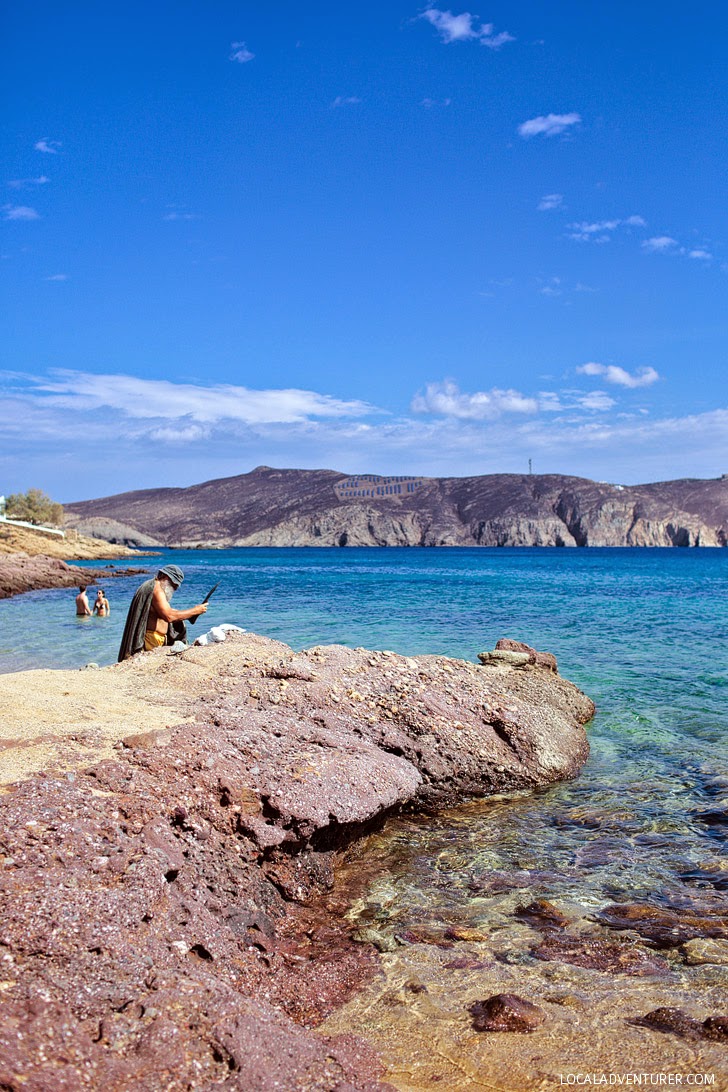 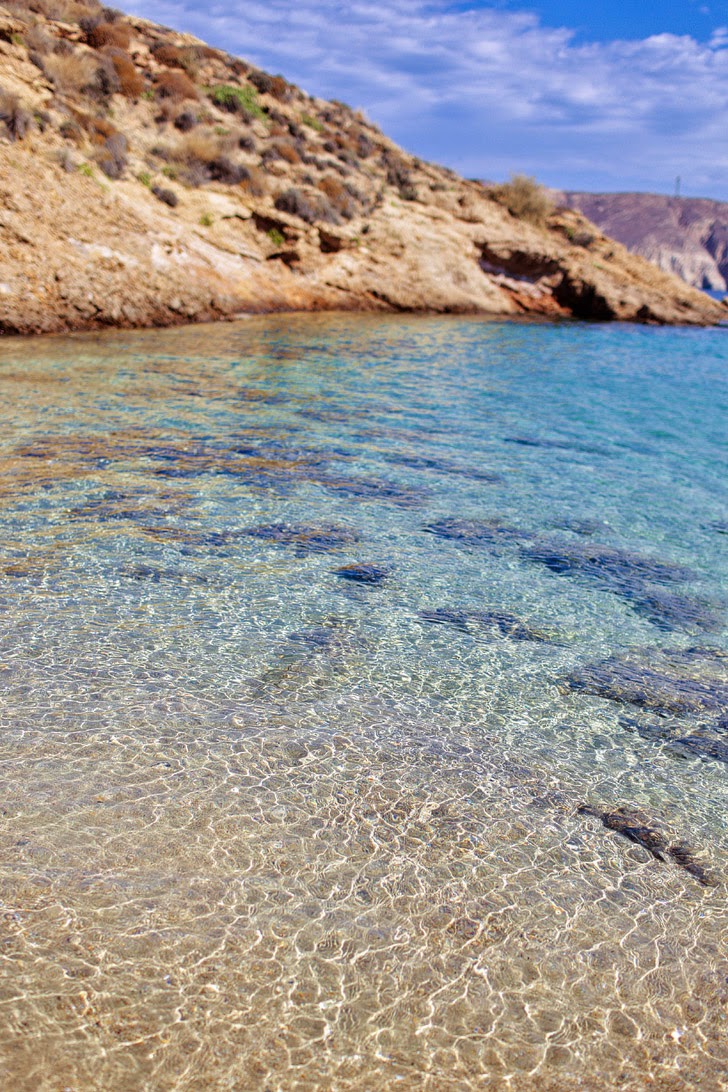 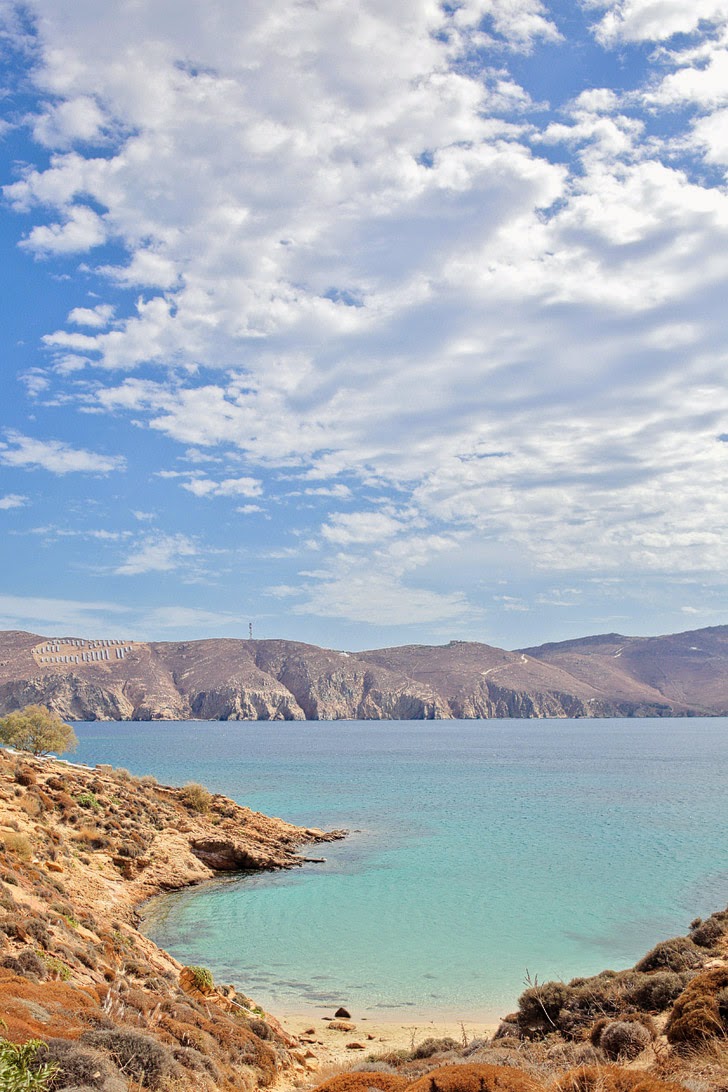 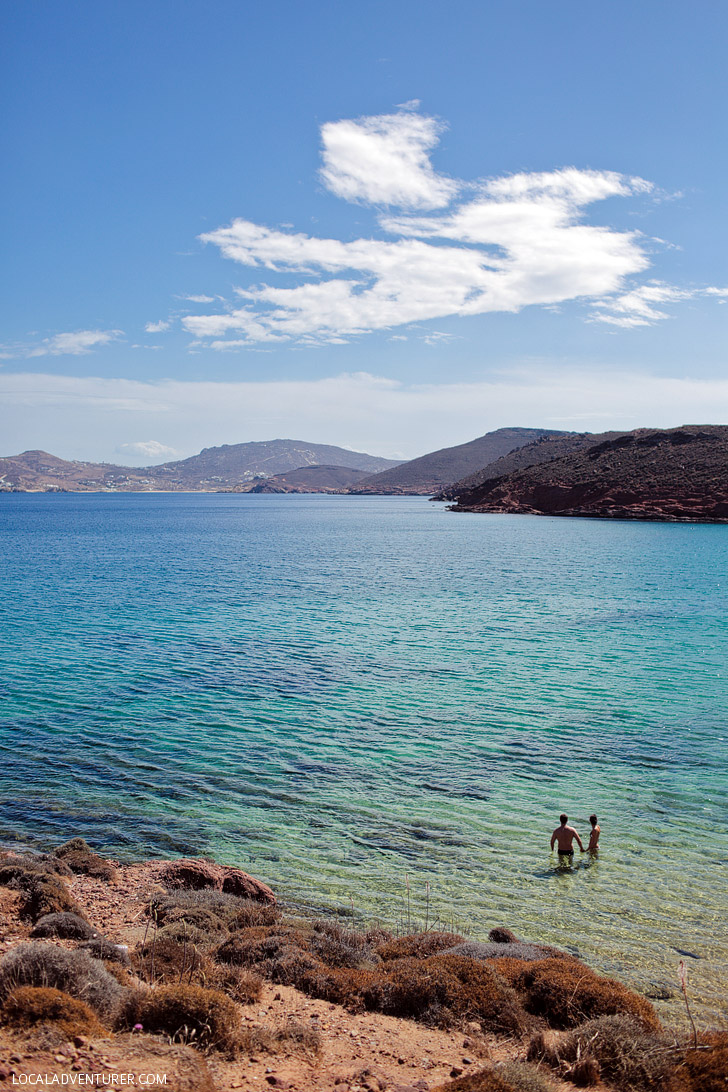 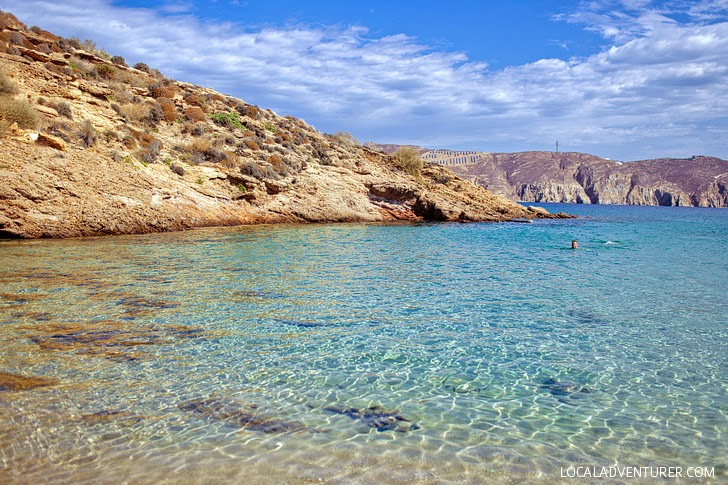 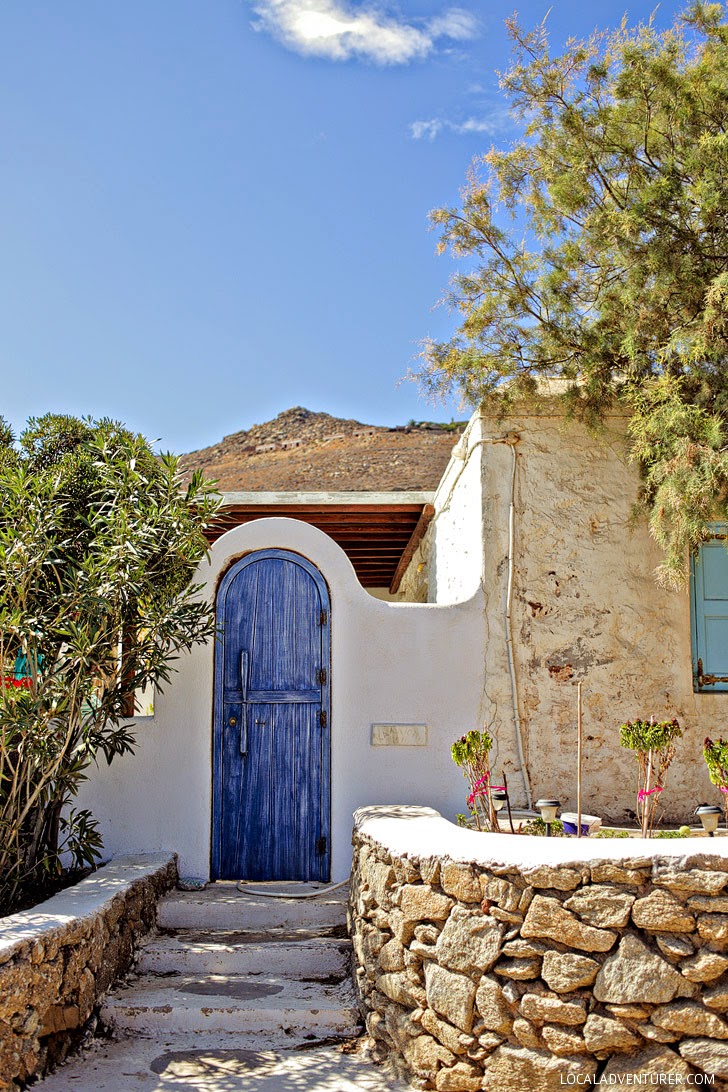 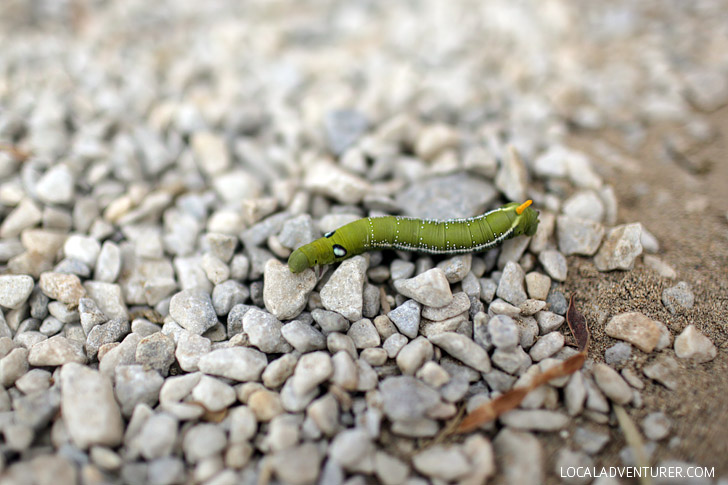 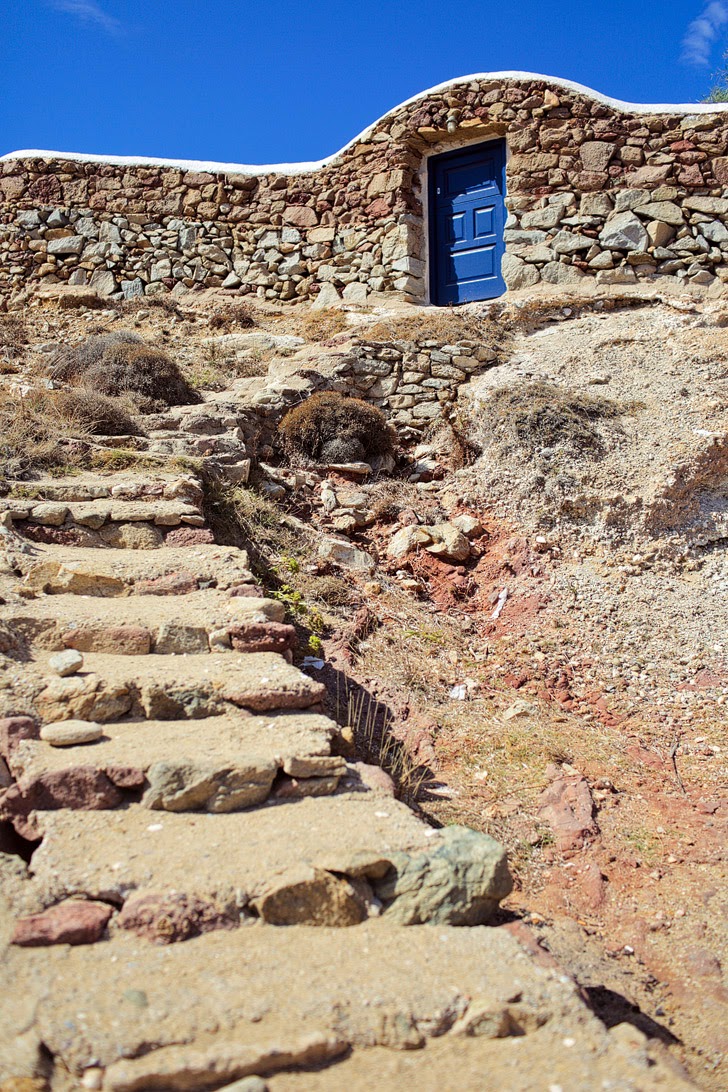 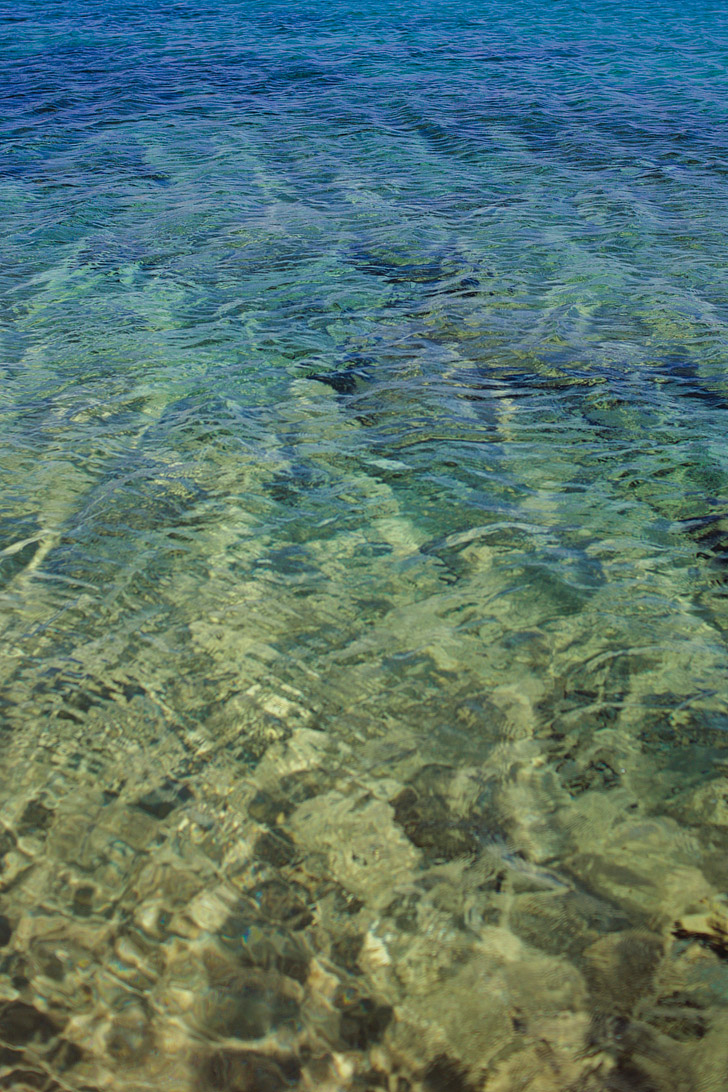 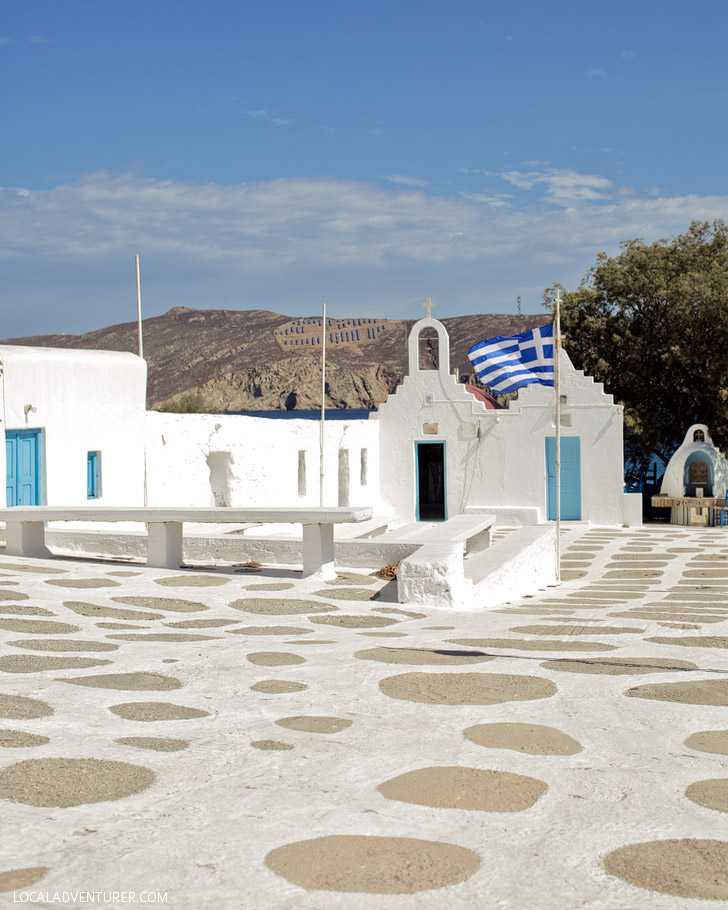 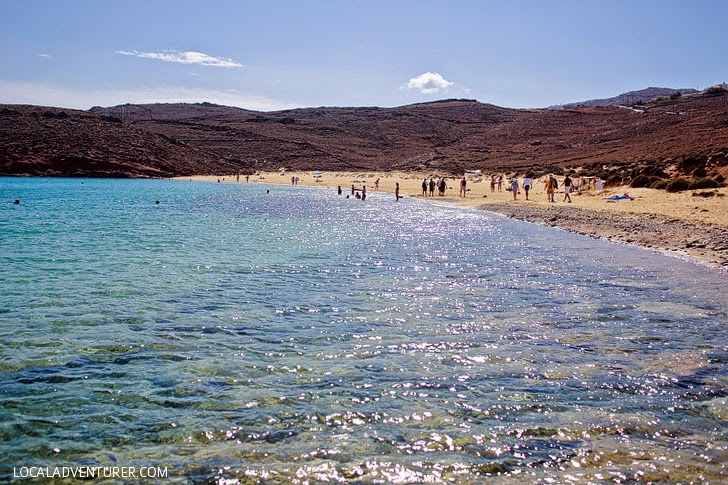 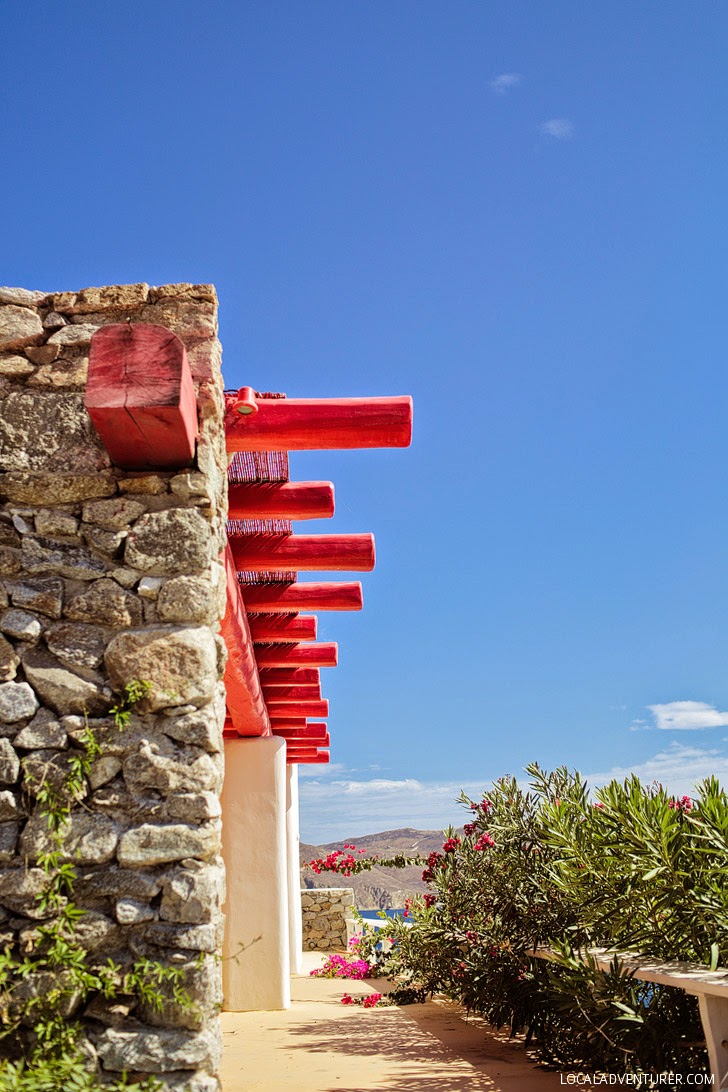 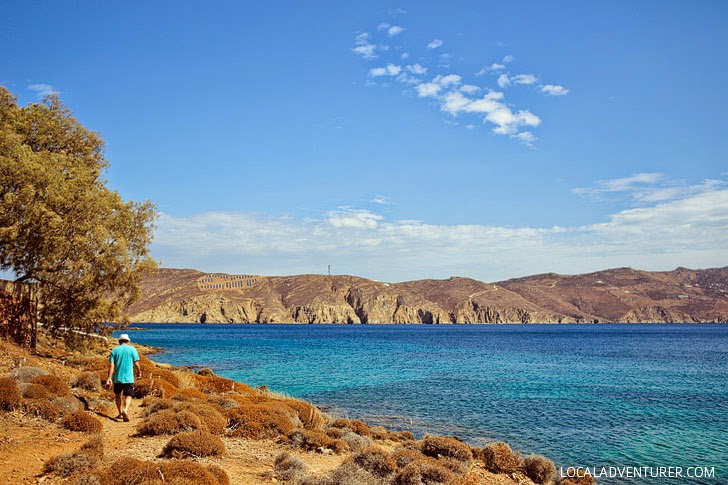 These are the steps that go up from the beach to Kiki’s Tavern (last week’s post). We wouldn’t have found this beach if it weren’t for Kiki’s, which was our favorite meal from Mykonos. It used to be a hidden food gem, but by the time we got there, we realized it has become quite popular with tourists too. Can’t keep a good place a secret for long! 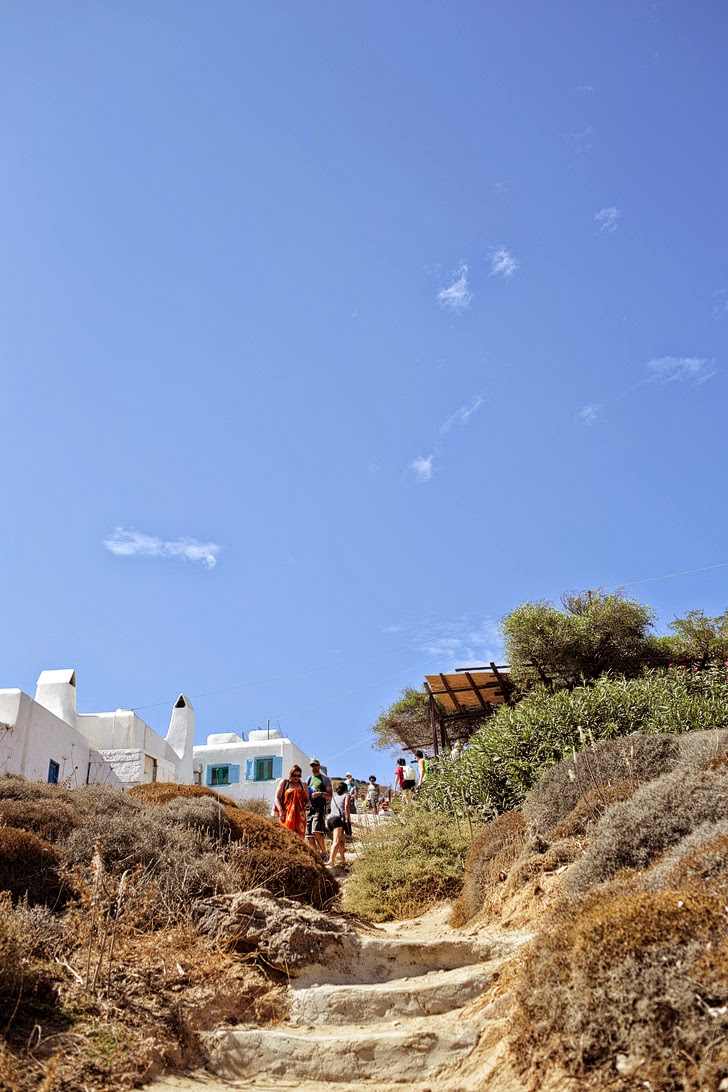 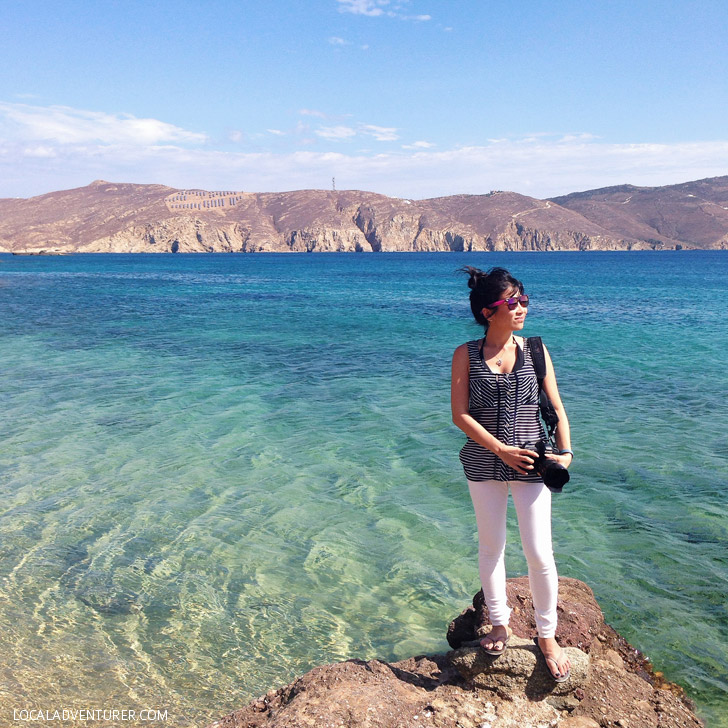 The last one is from our iPhone with no filter. It really is that blue and so freakin beautiful! :)