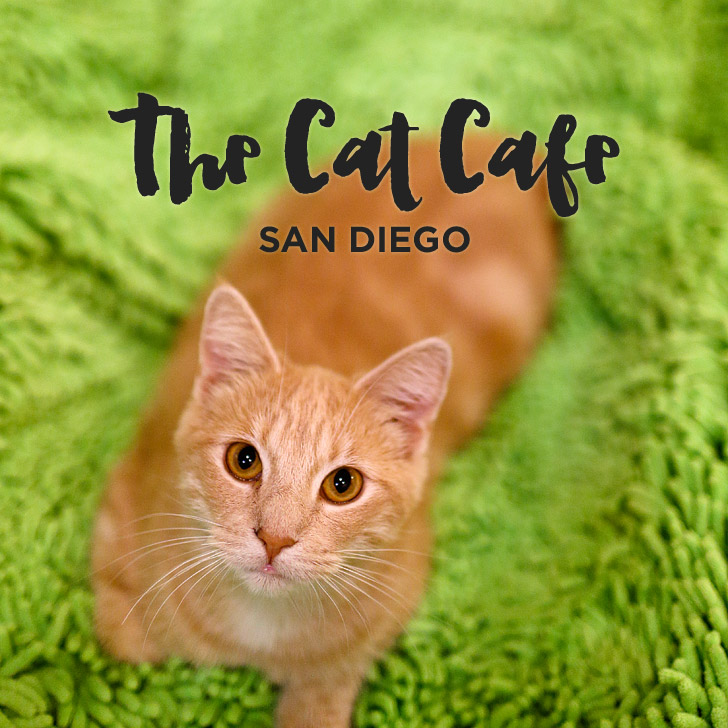 If you haven’t figured out by now, we love animals and have a soft spot for cats. Needless to say, when we heard that there was a Cat Cafe in San Diego, we knew we had to go! A Cat Cafe is pretty much what it sounds like, unless you’re picturing a cafe run totally by cats. It’s a café where you can order drinks and enjoy them with some furry friends roaming around. They originated in Taiwan in 1998 and became popular with locals and visitors. The Japanese in particular took to the idea and opened their very own in 2004. Since then, it has spread like wildfire, and there are over 150 cat cafes spread throughout the country. A big part of this is because most apartments don’t allow pets so this is a great way for locals to get some love and affection. 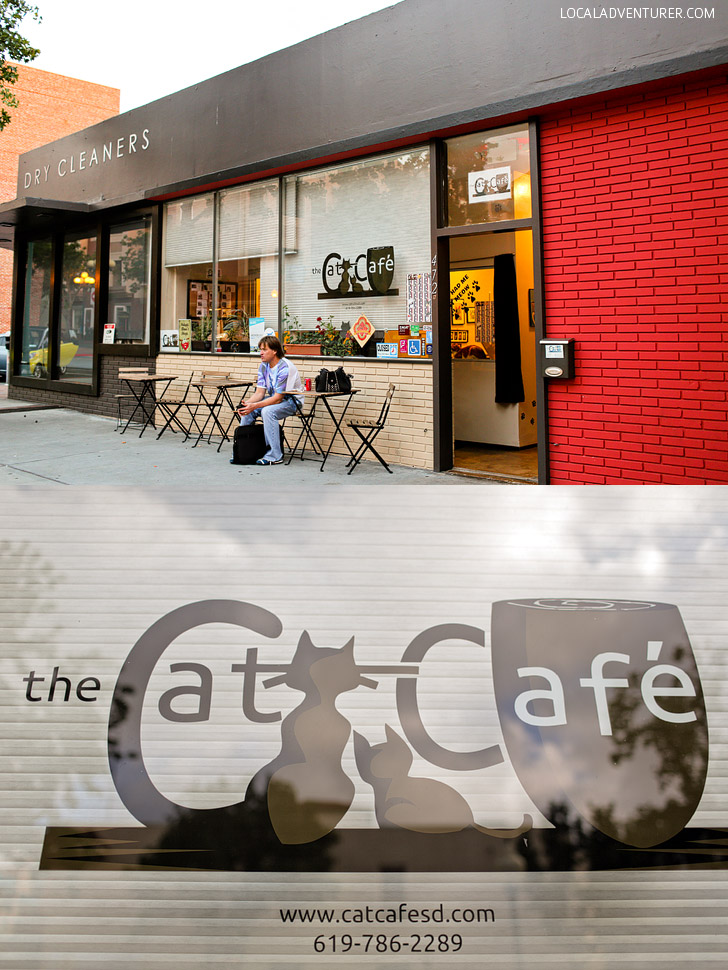 Nowadays, you can find cat cafes all throughout the world, including Korea, Austria, Spain, Hungary, Germany, France, and the United Kingdom. The first one to open in North America was in Montreal in 2014, followed by Oakland, New York, and now San Diego. Because of the strict food service regulations in the United States, opening a cat cafe can be a challenge. The animals must be completely separate from the area where food and drinks are served.

What we love about The Cat Cafe in San Diego is that they partner with San Diego Humane Society, and all the cats are adoptable. So far there have been over 90 adoptions at the cafe and that number continues to climb. 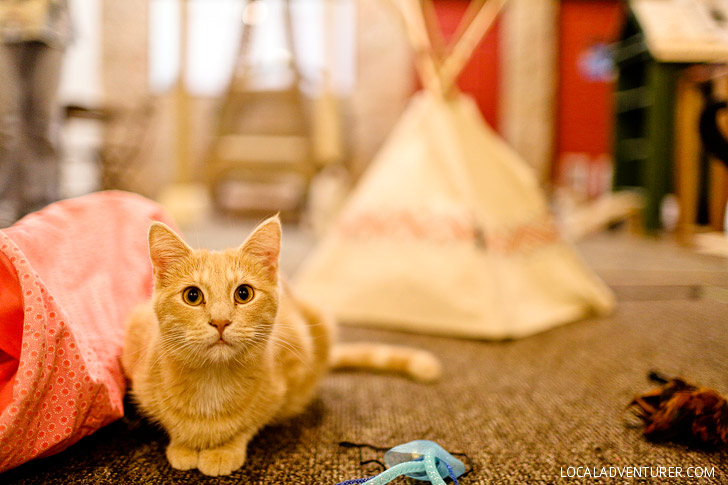 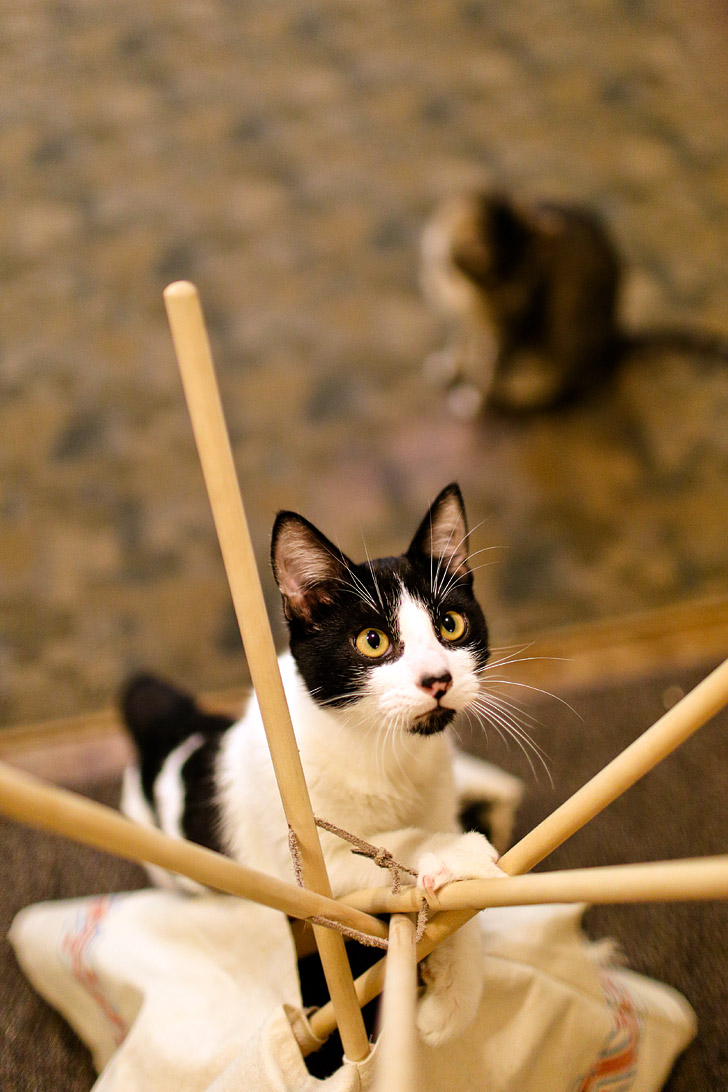 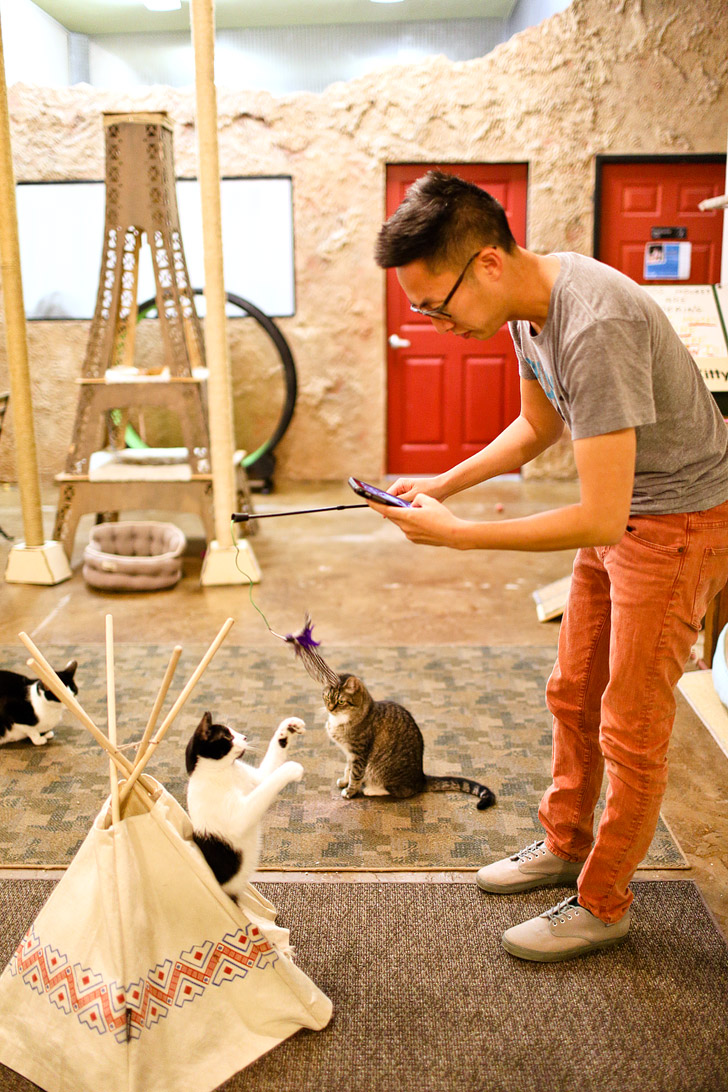 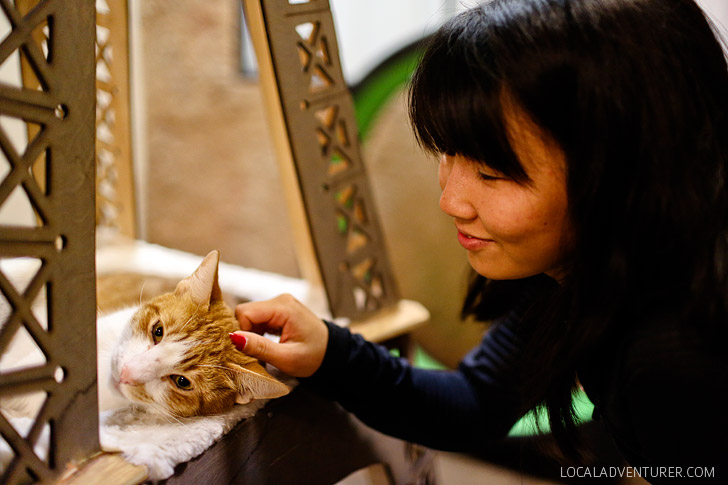 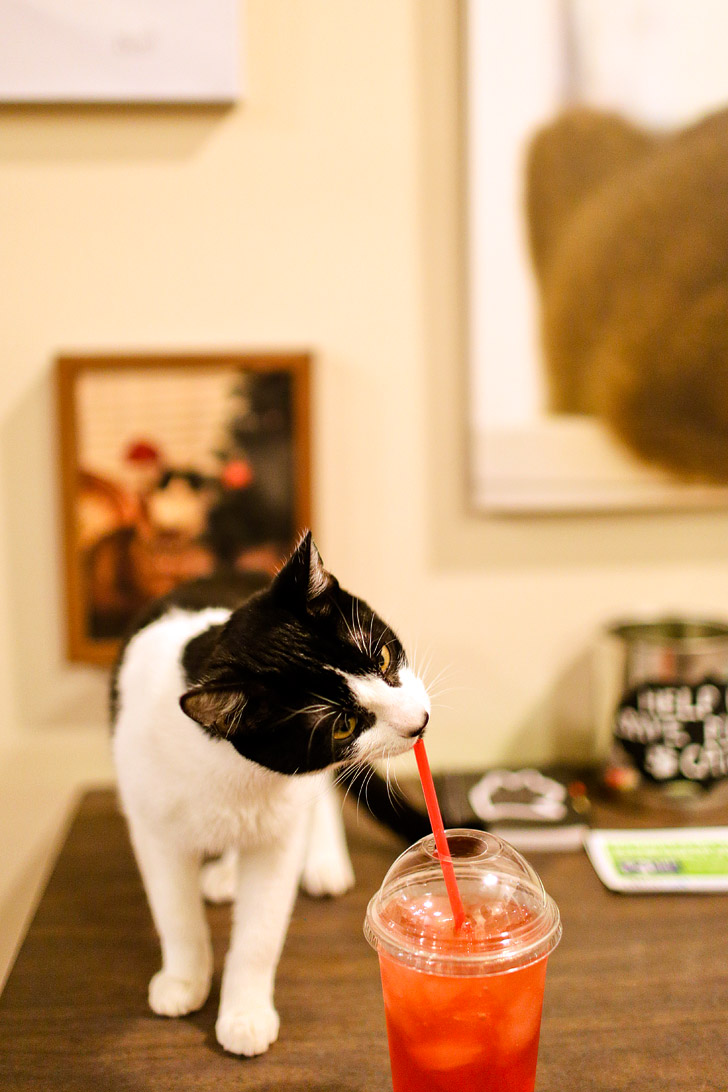 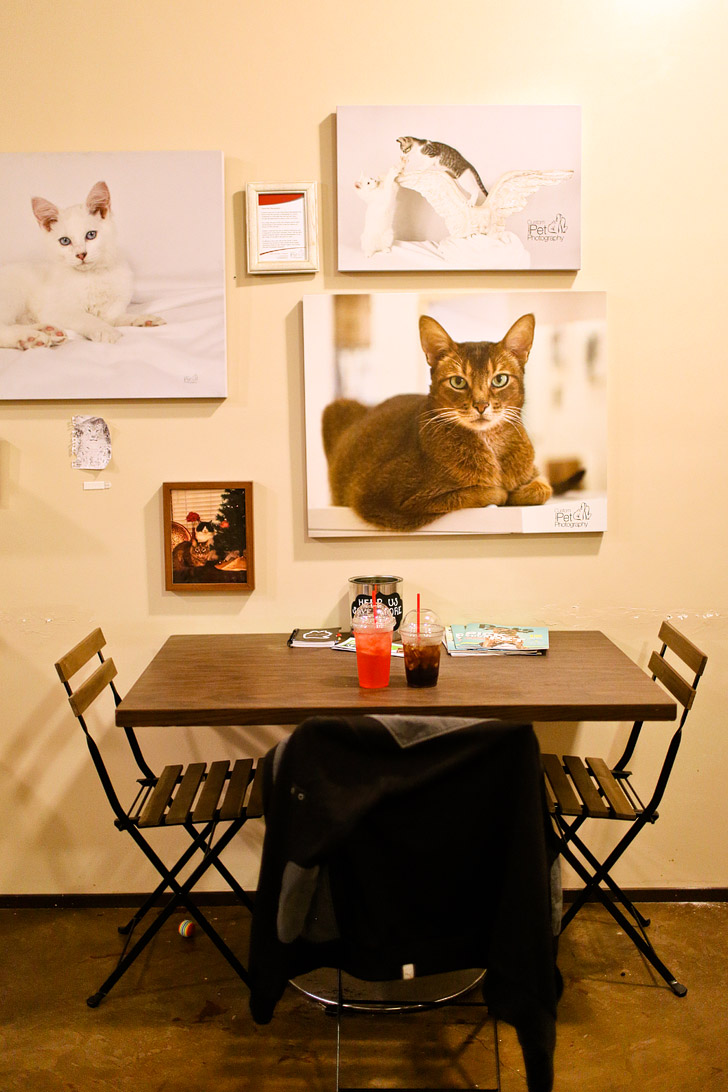 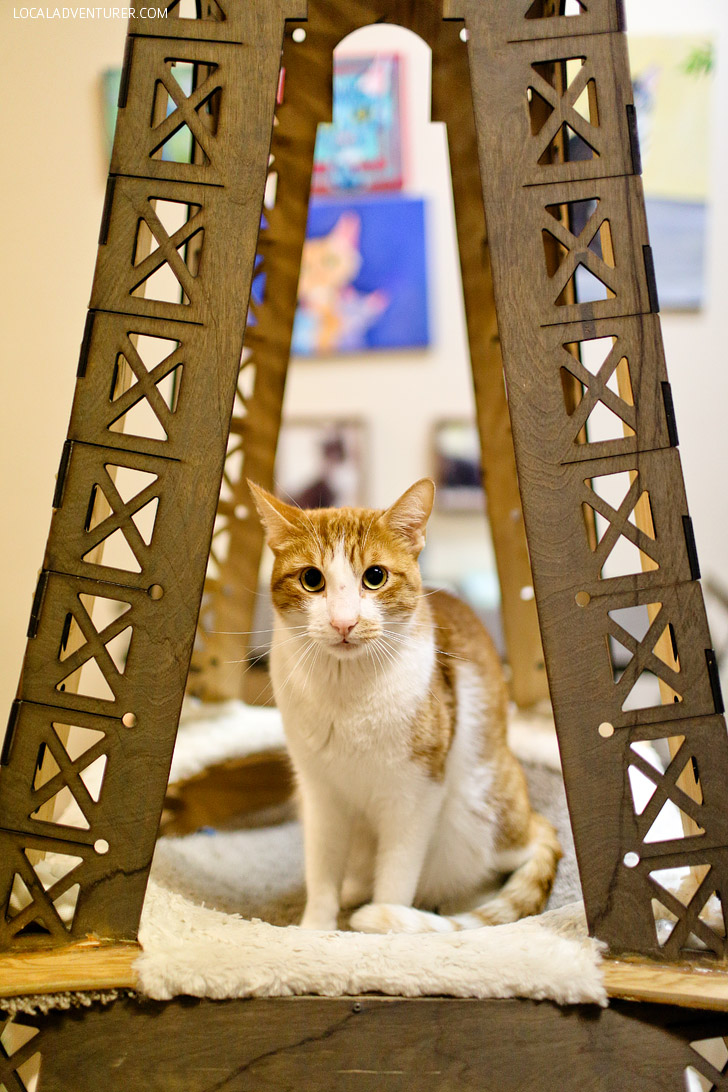 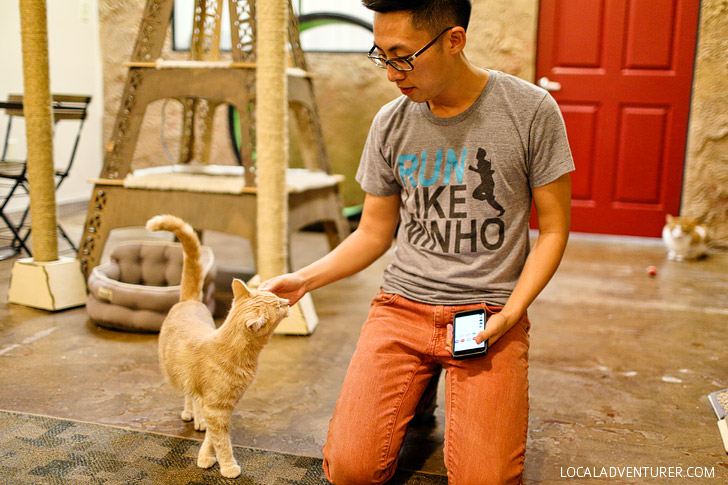 When we adopted our two boys, we had been volunteering at a no-cage shelter in Atlanta called FurKids. There were multiple rooms where cats could roam around, so you could get to know their personalities. It’s really the best way to find your next family member, and they’re not lying when they say that sometimes they choose you! Even though I had my eye on a maine coone, these two guys constantly came up to me asking for attention. Inevitably, we had to take them home. 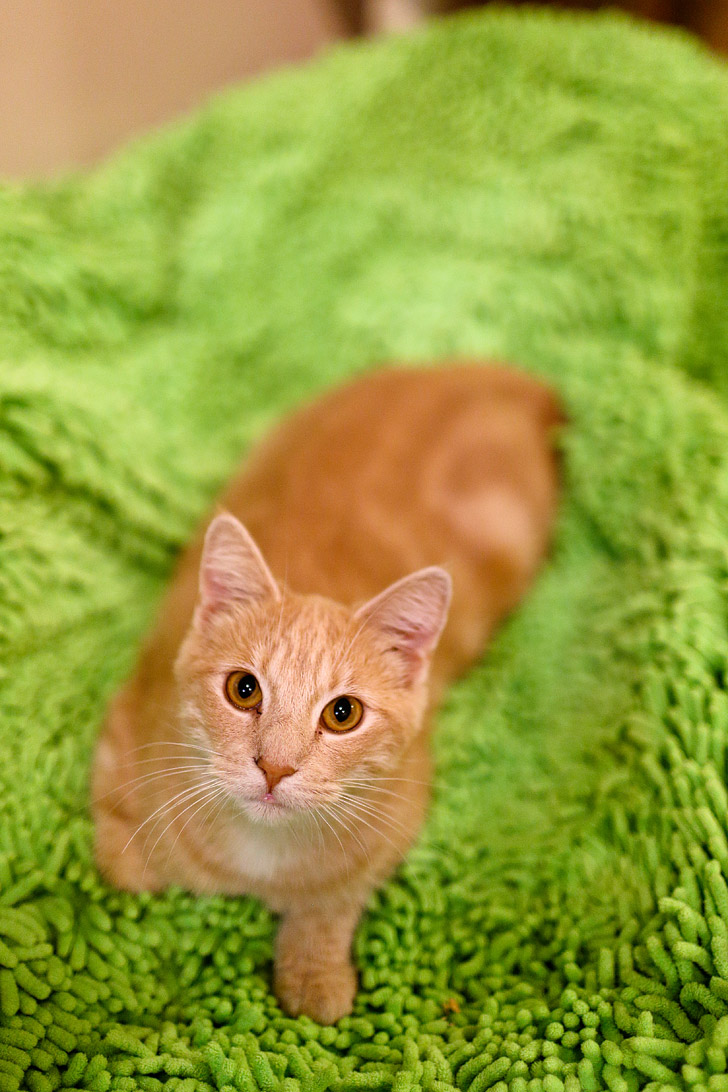 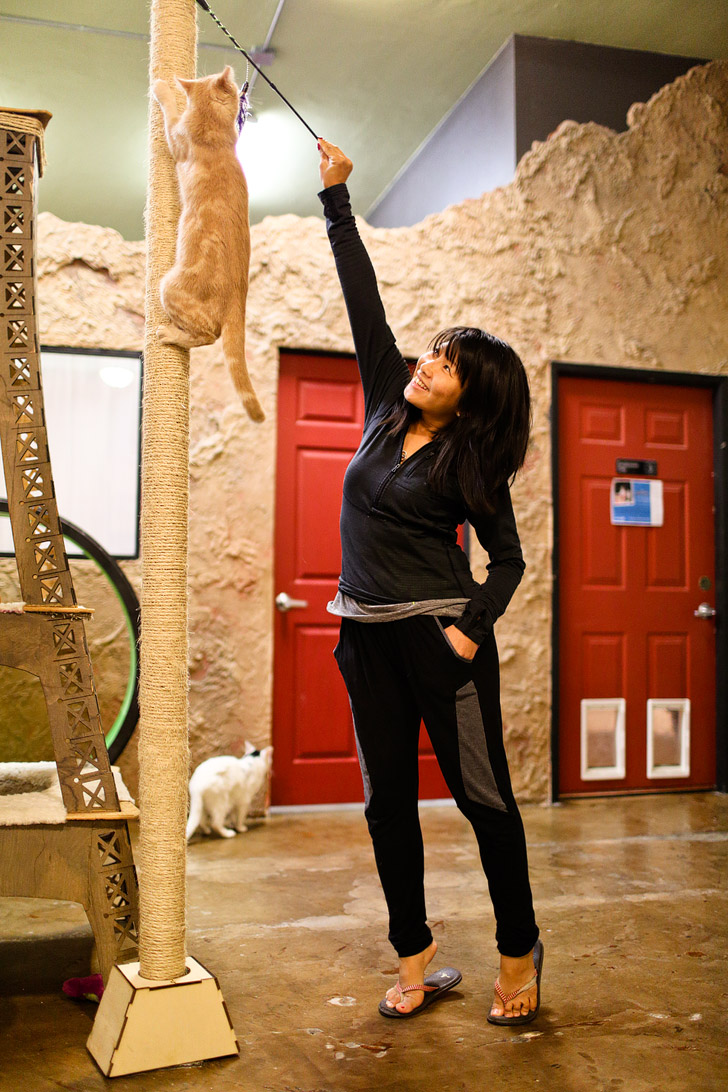 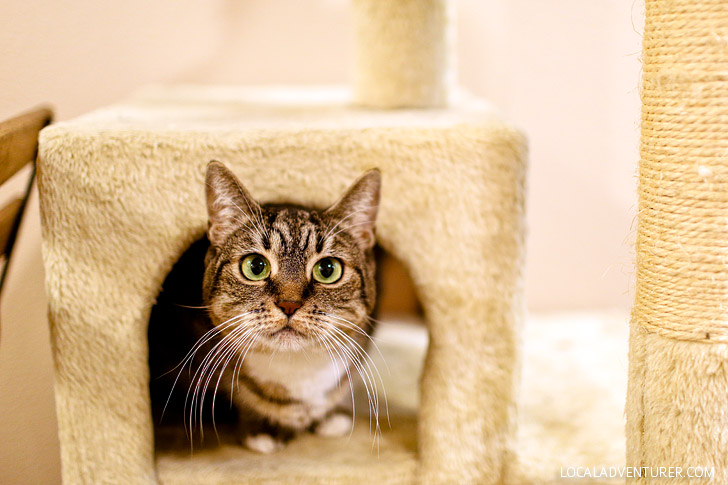 The Cat Cafe serves a full selection of coffee drinks, snacks and other beverages. Whether you’re interested in just playing with the cats while enjoying a cup of drip coffee from west coast coffee roasters), or you’re looking to adopt, this is a great spot to spend the afternoon!

This was on our San Diego Bucket List of 101 Things to Eat, See, & Do. If you’re going to visit, check out the list for more ideas.

Hours: 8 AM to 3 PM Daily
Adoptions: By Appointment After Hours

Have you visited a cat cafe before? Is this something you would check out?