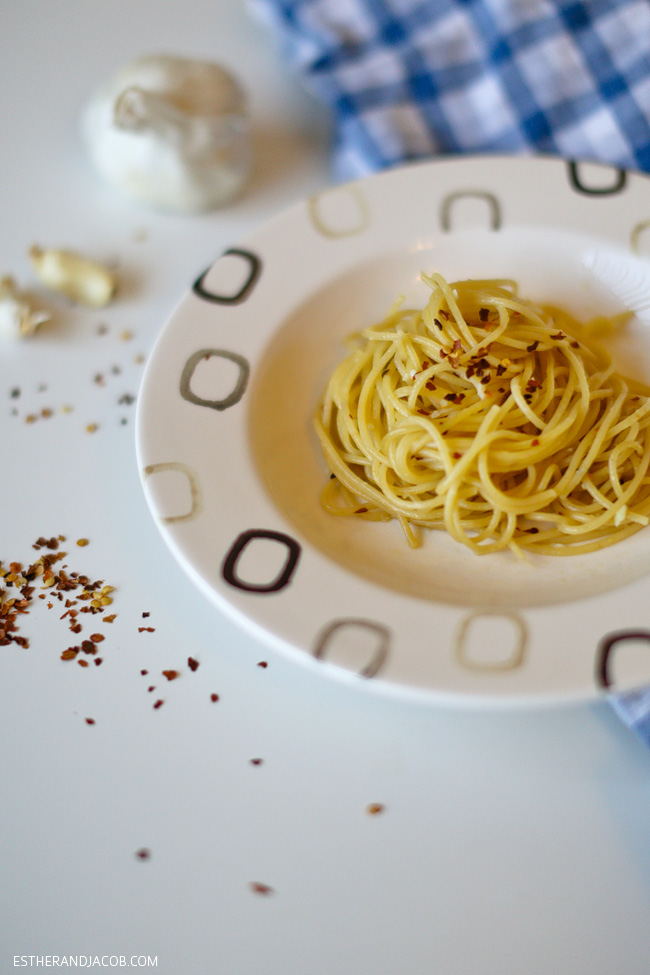 There aren’t many things better than a simple pasta recipe. I started watching this K-drama called Pasta while I was staying with my parents in Atlanta. I was instantly hooked. I mean… these korean dramas always have some addicting element to them, but this one also happened to be centered around food. And I love food! There was one night I stayed up till 5 in the morning. It seems that I have very little self-control. All I needed to do was close my laptop at the end of the episode, but I kept letting it run. Before I knew it, the sun was rising. *sigh Guilty pleasures.

Pasta is also not a good show to watch if you are trying to cut out carbs. The way they savor each noodle when they eat their pasta makes you instantly crave it. Luckily, I had taught myself a very simple pasta recipe that would satisfy my cravings: Spaghetti Aglio Olio e Peperoncino (spaghetti with olive oil, garlic, and red chili pepper flakes). It only has four ingredients total that are most likely already in your pantry and can take less than 10 minutes to make.

What have you been watching any lately? Any k-dramas? Any shows you recommend? I know Gourmet is next in my queue.