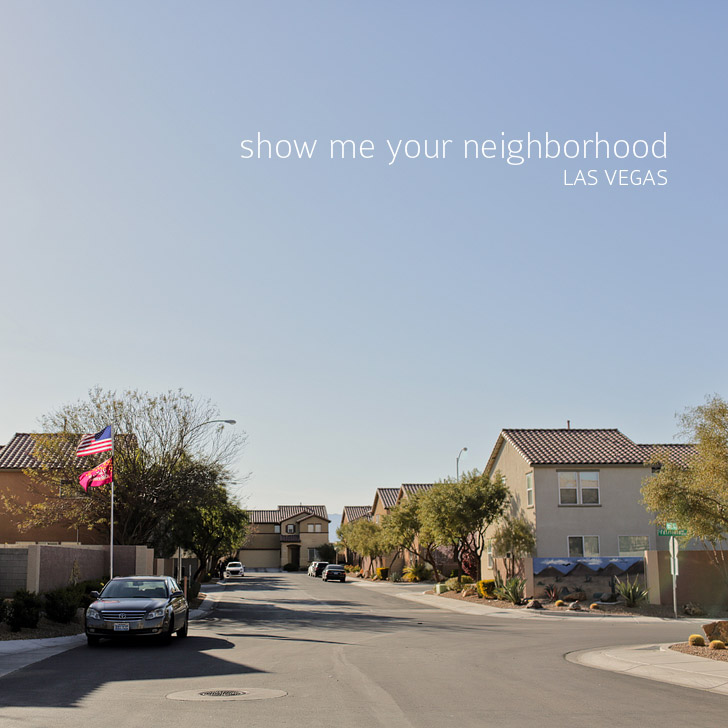 We’re excited to join bloggers from all of the world in the Show Me Your Neighborhood series hosted by Piri Piri Lexicon. In this fun series, each blogger gives a virtual tour of their neighborhood so you can see how different or similar it may be to live in Berlin, Tokyo, New York, or many other cities.

For the past year, we’ve been living in Las Vegas, Nevada. It’s an interesting city to live in because everyone has a picture in their mind of what Las Vegas is, and for the most part, they picture us… 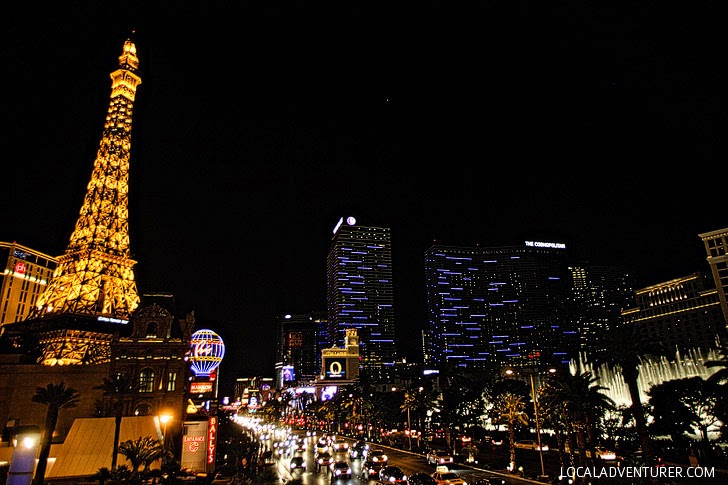 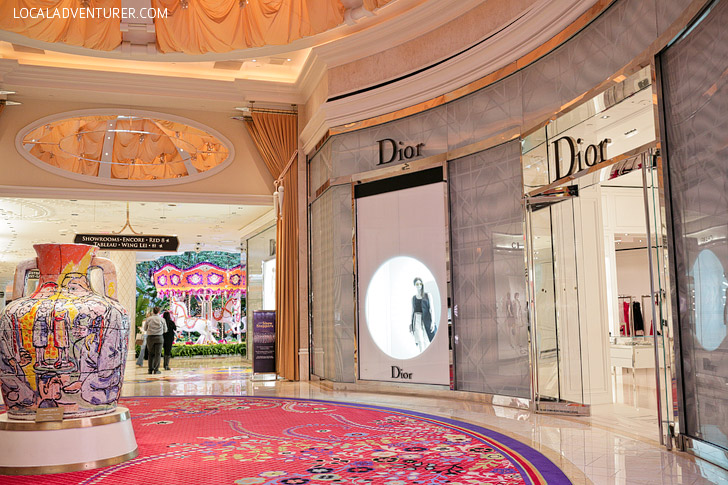 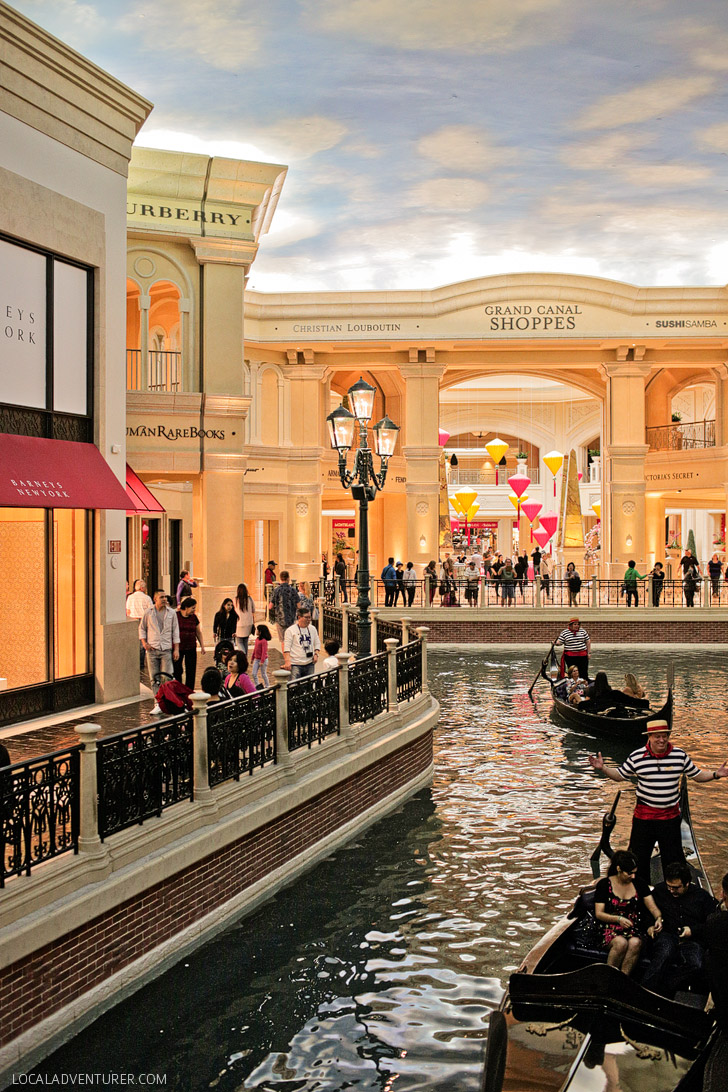 And perhaps driving this: 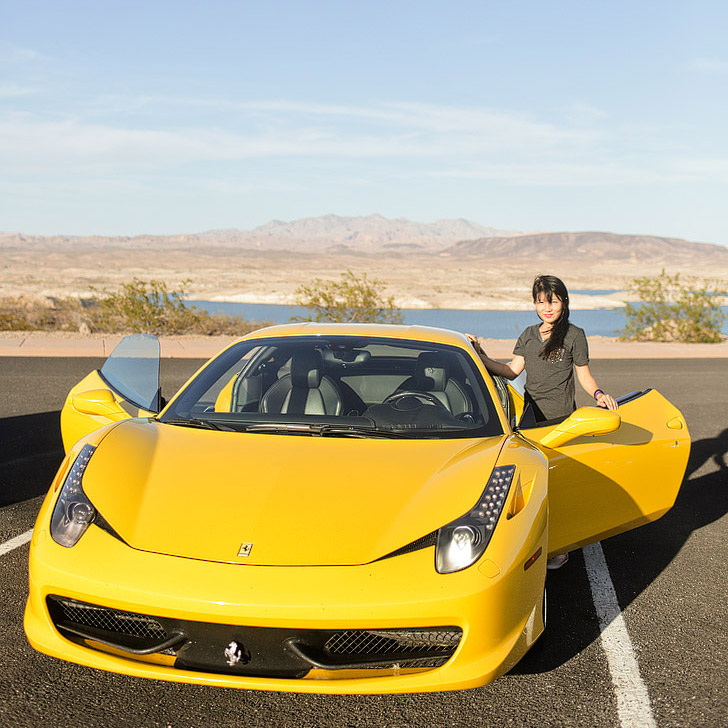 Whenever we tell people we live in Vegas, we get a lot of the same questions. Do you gamble all the time? Do you party all the time? What’s it like living in Las Vegas? Which hotel do you live in? Okay, maybe not the last one, but it’s not that much of a stretch.

In actuality, we live about 10-15 minutes away from the strip, and though our address says Las Vegas, we like to say we live in the suburb of Henderson. We only make it over to the strip when we’re on a Local Adventure or when friends happen to be in town.

Here’s a peek into what our neighborhood looks like:

Since we don’t have kids, we don’t really have a reason to seek out playgrounds, but there are a lot in the area. Jacob goes to the local parks to play basketball though and walks by the playground often. 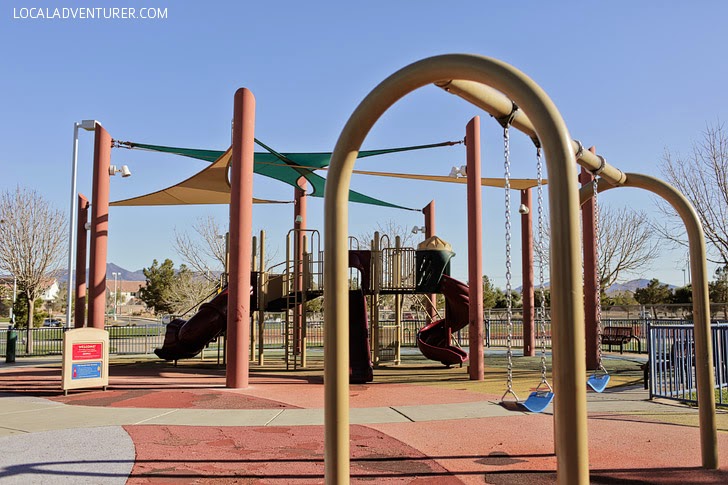 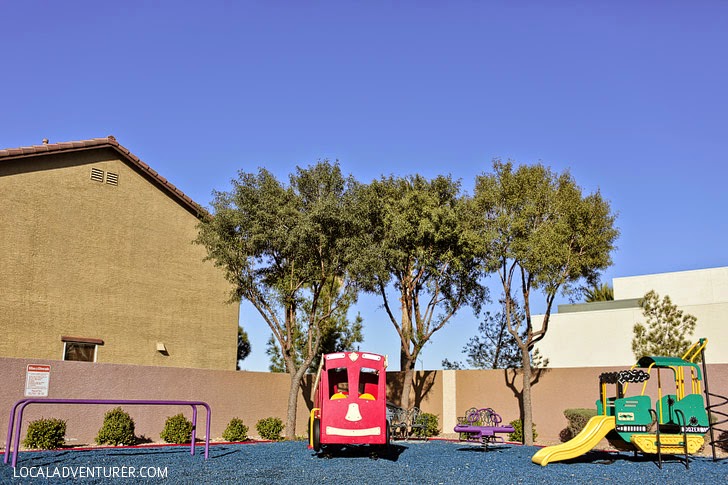 2. A Local Mode of Transport

Most people drive their own cars around town. There is a bus system, but we’ve never taken it, and if you’re on the strip, there’s a good chance you’ve taken a cab. Uber also landed in Vegas recently but we have yet to try it out. Other than that, I would say we have an average range of cars driving around where we live. 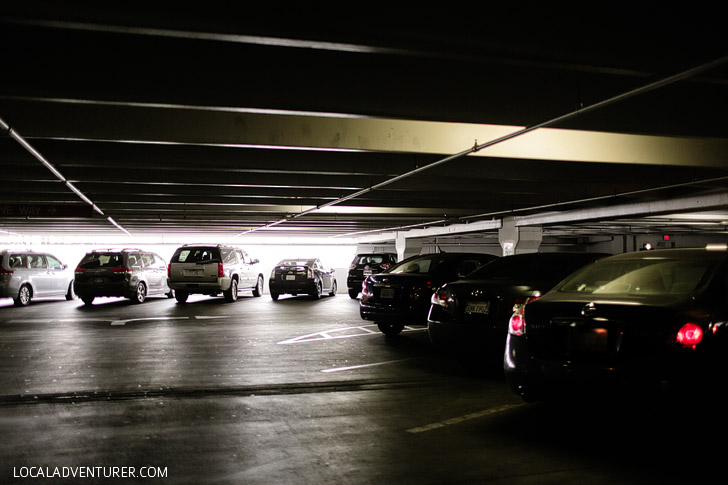 We live in an apartment since we’re only here for the year, but most of the houses in our area are earth toned like this one. A lot of the houses are on a smaller plot of land and fairly close together. 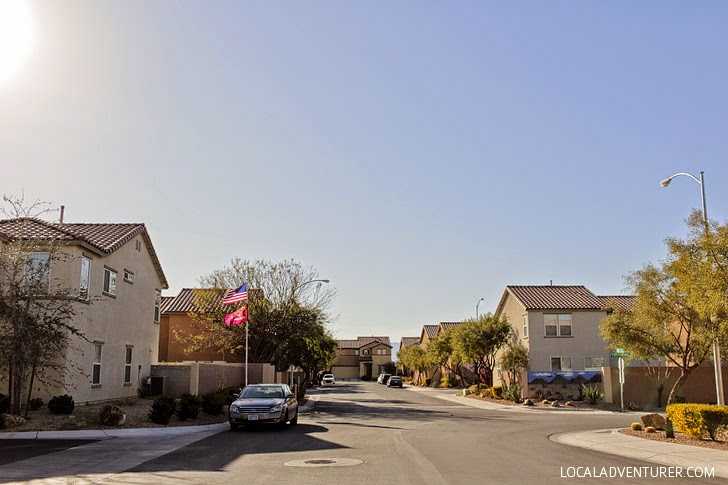 Here’s a typical street close to us (minus the clouds because there are no clouds in the sky 300 days out of the year). Pretty typical suburbia with a bunch of chain restaurants and big box stores. Nothing like the strip right? 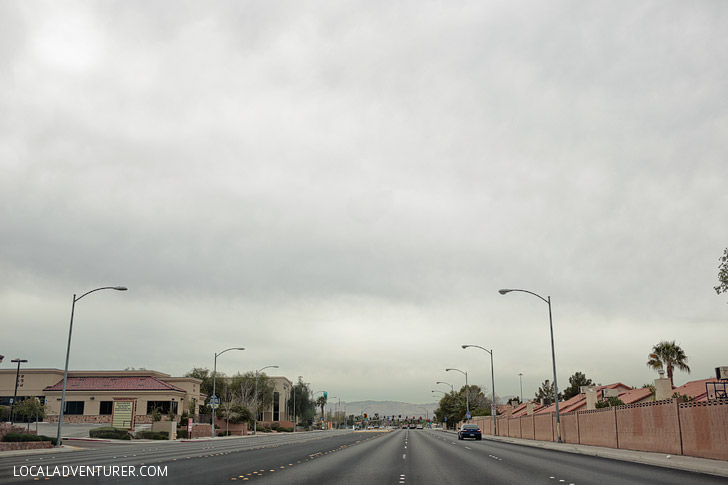 5. A School, Nursery or Other Education Facility

Again, since we don’t have kids, we’re also not super familiar with the school system. The church we go to does have a Sunday service in the local high school’s auditorium though, so we’ve been here before. 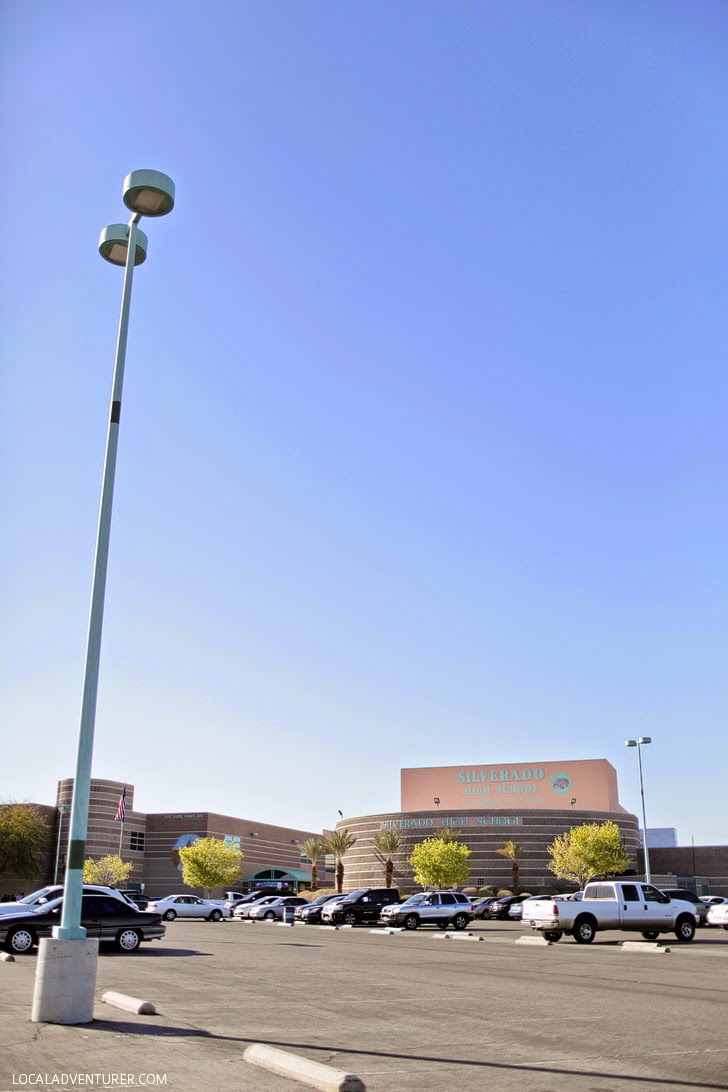 6. A Market, Supermarket or Other Shopping Outlet

Every place we’ve lived was close to a Target, and it’s definitely a store that we frequent a lot. This is by far the closest we’ve lived to one. We can actually walk there! 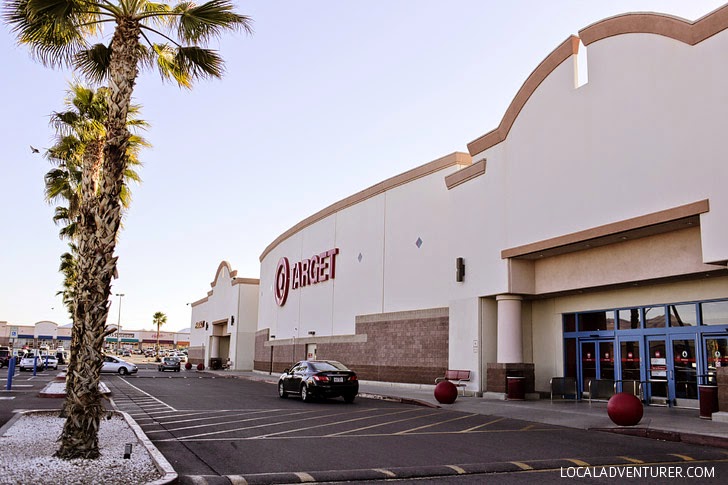 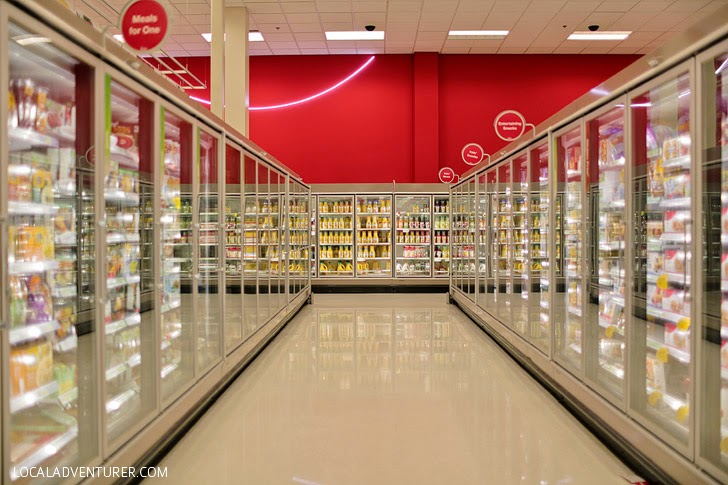 So there you have it – the burbs of Las Vegas. :) See the other neighborhoods here.

How is this similar / different to your neighborhood?
What’s one thing you love about where you live?