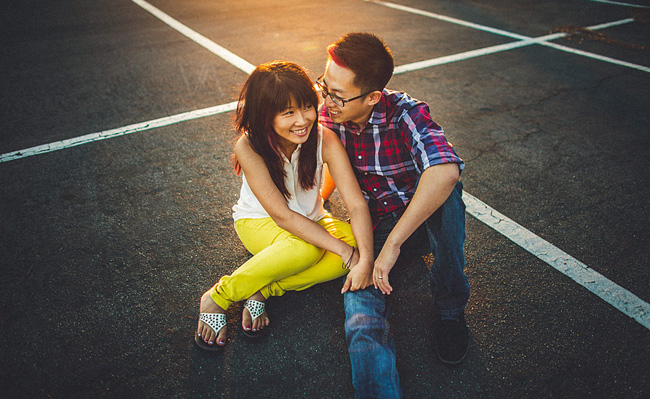 Since we rarely take photos of ourselves on a day to day basis, we decided that every year we should celebrate our marriage by picking a photographer we love and doing a photo shoot. I started taking wedding photos 8-ish years ago and have probably been following Jeff Newsom’s work for that same time span if not longer. He never ceases to amaze me with each new photo posts, and I’ve never seen another photographer push harder to do something new and creative every time. Granted, it can get pretty weird with all the lasers and robots… but we like weird. ;)

Two days ago, we decided to have our third year of marriage be captured by Jeff. We loved his energy. While a lot photographers tend to get burnt out and get stuck in a creative rut (myself included), it was refreshing to be able to share in his excitement for photography so many years after he started. And I’m so excited to share these photos with you today! 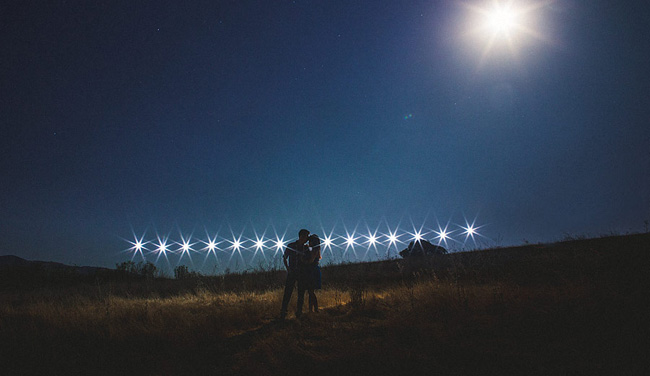 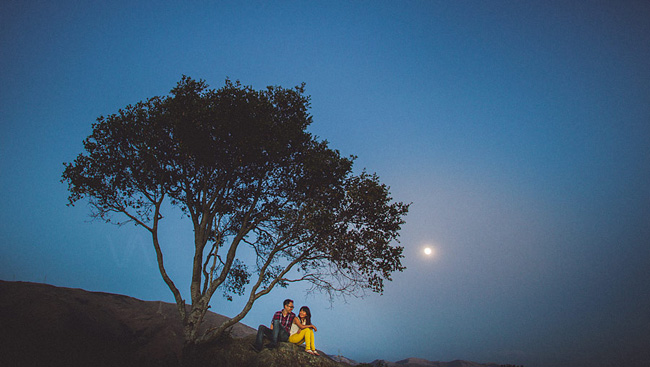 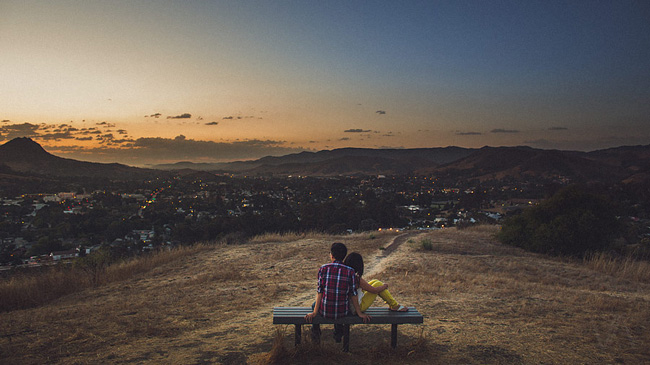 Moving onto our marriage. We’ve been married three years now, and our first (two… three) year(s) of marriage started rocky. Not only had we dated a short amount of time prior to marriage, but there was much to work through because of our vast, vast differences. Going into marriage, we knew that it was not going to be easy, but if we could learn to work through our differences, we would be an amazing couple. Those vast differences would actually bring a good balance to our relationship. Isn’t marriage supposed to be a giant character building exercise in itself anyways? ;P Pressing through the rough patches, although as painful as they may be, is what molds and refines marriage into something more beautiful and precious. (That was actually part of my maid of honor speech a couple weeks ago. haha)

Although I know there is much more to learn, these are some things we’ve learned along the way from our marriage. These lessons may hold true for us, but might not necessarily be for you.

What We’ve Learned in 3 Years of Marriage:

1. Expectations of marriage are always very different from reality.

I don’t think I’ve met anyone who’s told me marriage is exactly what they expected (if you have, I would love to meet them!). I certainly had a picture of what a perfect marriage should look like going into marriage but had to throw that ideal out the window and find what works for us. I can’t expect my marriage to look exactly like someone else’s, because it might not be for us.

John Gottman’s book on marriage helped me realize that there’s more than one right way to make marriage work. We all have different personalities and all carry some sort of baggage. That means we will also have a unique set of struggles. Some say great marriages are a result of compatibility and good communication, etc.  I think that regardless of whether you have all those things, if we’re honest with ourselves, we are all selfish creatures. We want to have our own way and preferences met before we meet the needs of the other person. As much as I’d like to believe that both of us can have unconditional love for each other, the truth is, our selfishness has gotten in the way time and time again. But for us, good thing there is Jesus. He’s the only one who gives us the power and grace to work through all of it… and believe me, we have only hit the tip of the iceberg.

It’s okay to fight. In fact, I had to give myself permission to fight. One thing I used to believe was that marriage was doomed if you’re constantly fighting. I happen to be a fiery, korean girl, who processes externally and out loud, while Jacob is more internal and calculated. That makes it pretty impossible for us not to fight. But knowing that helps us not call it quits whenever we have conflict.

I think there can be a great danger when you’re coasting, and you’re not pushing yourself to grow anymore. Some say that their first few years of marriage are the roughest because you are learning to adjust and live with another person and love them despite all the good, ugly and bad of both parties. But other couples I know have hit their bump in the road at year 10, some at 25. I thought the hard work would be done by year three, but I guess we’re always a work in progress, and there is always more dying to do and more love to grow in us.

I’ll admit that I’m a bit of a grinch. But hopefully, I’m learning to expand my heart little by little.

We all have something we can learn from each other. What about you? What have you learned about marriage / relationships?

We’ve been trying to date more, and you can see how we’re doing if you click on the banner below: