Here’s a peek into our lives with our adopted rescue cats. We adopted two orange tabby boys in 2010 after we got married and haven’t regretted it since. Thought I would give you a quick update on our cats. I know.. there aren’t enough funny cat photos on the internet. :P Life is never boring with these guys. One day we walked into our room and saw Sebastian wearing Jacob’s pants.  What a funny guy. 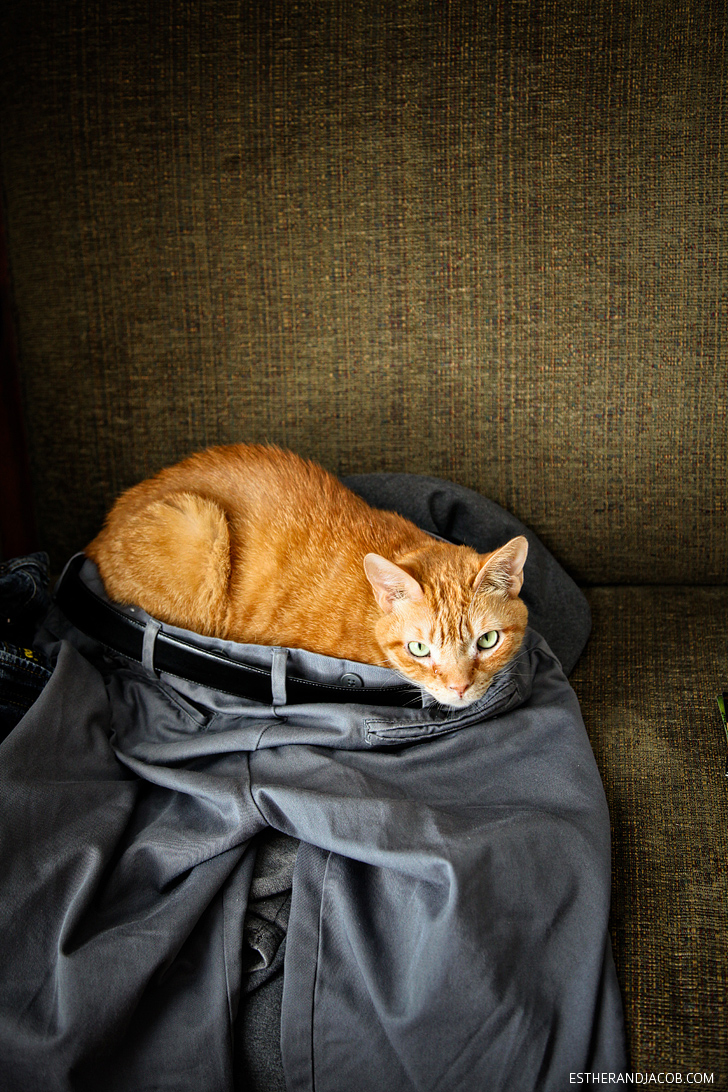 If you want a pet, we highly recommend adopting animals from a shelter over buying them at a pet store.

Why you should adopt:

We chose to adopt adults cats, because kittens are all playful in the beginning, but you never really know their temperament until they are much older. I love both cats and dogs, and I’m glad we ended up getting the best of both worlds.. Our cats pretty much act like dogs (see exhibit A) but are also low maintenance and still allow us to travel.

When they said that you don’t choose them; they choose you, it was totally true! Mika was the one who kept approaching me (partly because he wanted to escape the room, that rebellious little cat! It reminded me a little of myself). We ended up taking both Mika and his brother. They were brothers and bonded pairs, and the shelter wanted to avoid separating them. I was worried about the extra work it would take to have two cats instead of one, but it ended up working out  much better. They keep each other company while we are away, and I think everything is always better in pairs.

Here’s a few more funny cat photos (some I hope to try):