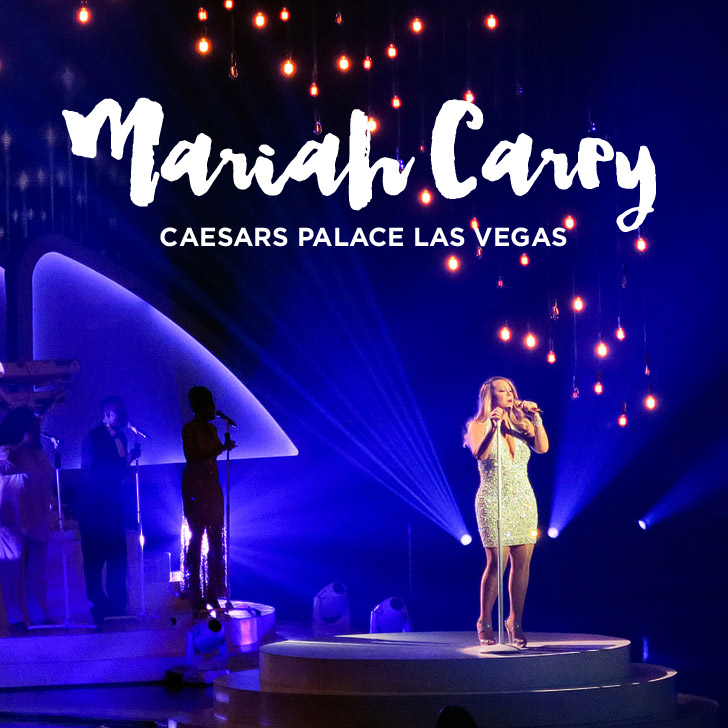 I went to the Mariah Carey Las Vegas debut a couple nights ago, and guys….  I can’t stop listening and singing her songs! It’s awakened the child in me who’s always wanted to be a singer just like her (I’ve shied away from that since, but can you believe I even took voice lessons? :P).

Because we saw the most disappointing Britney concert, I was nervous that this one might end badly too. Everyone already thinks that Las Vegas is where you go when your career is over. 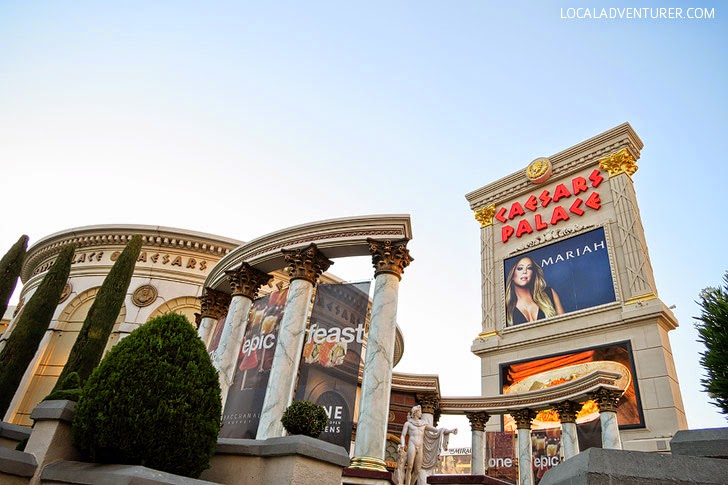 However, Mariah’s show made me feel like I was witnessing something extraordinary, and now I’m an even bigger fan of her. Even our friends who weren’t die-hard fans were impressed with her performance. It also helped that she was so charming on stage and knew how to work the crowd. 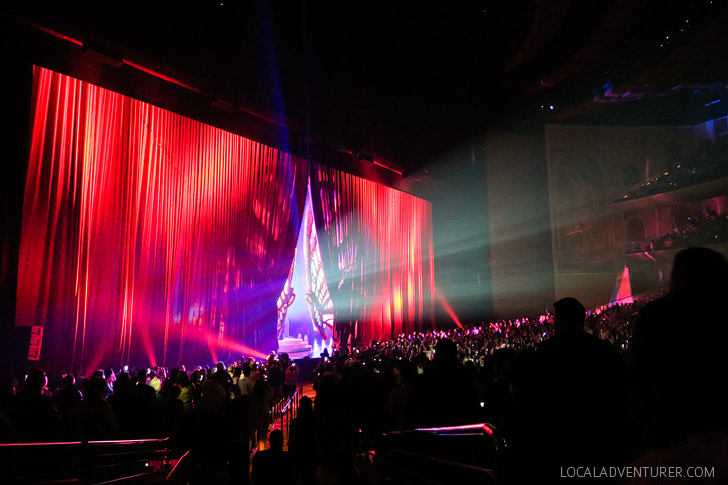 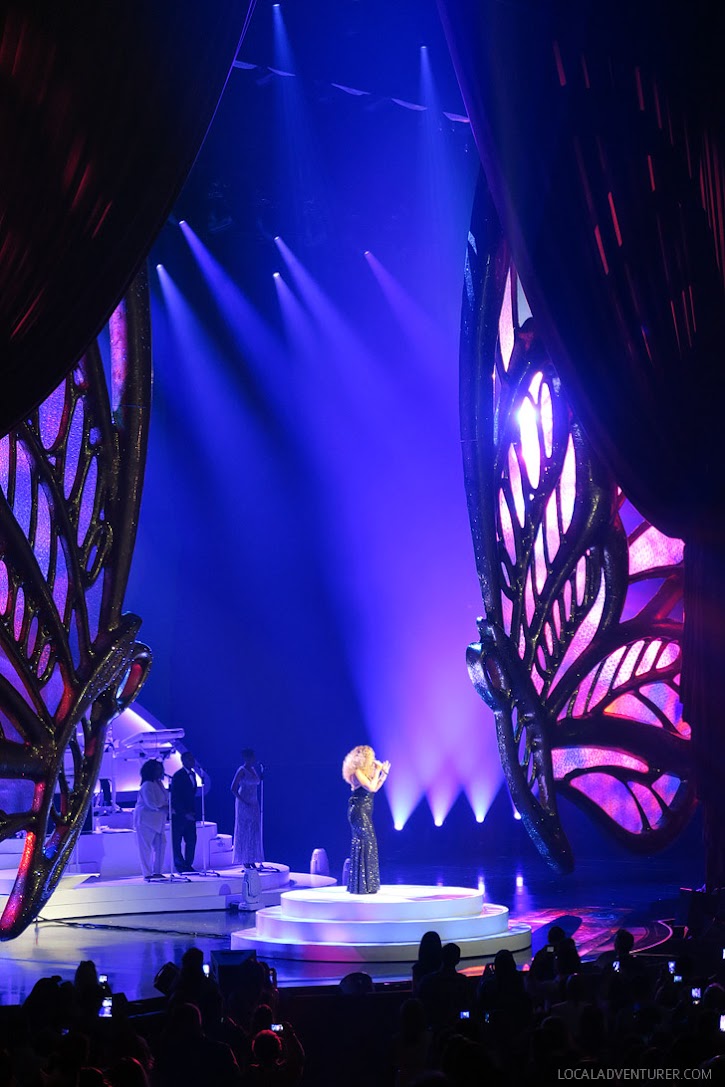 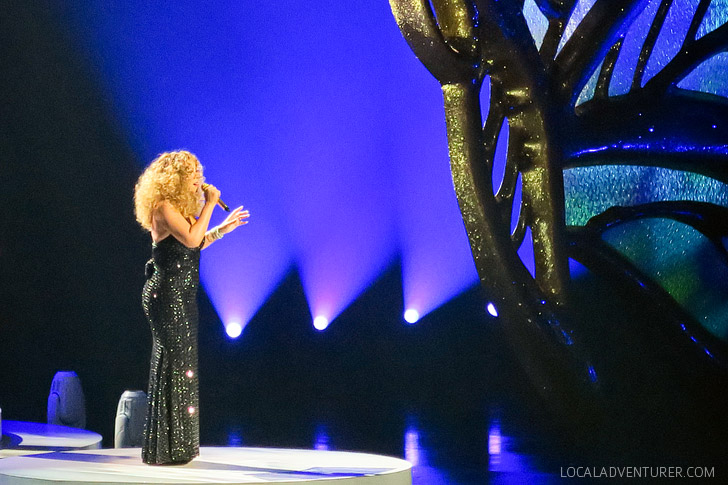 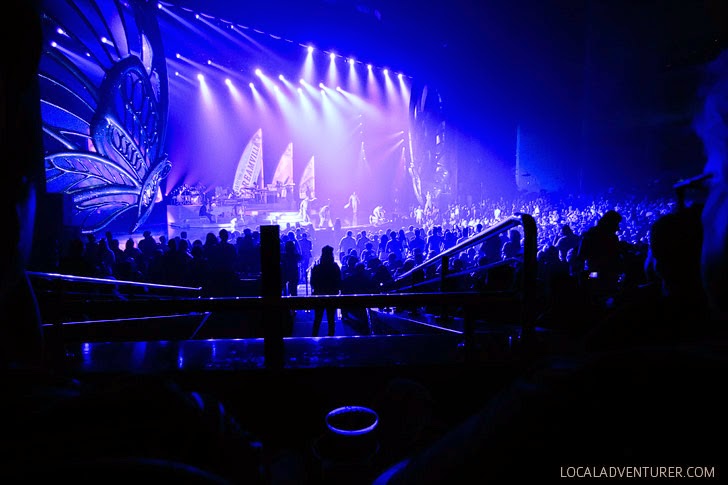 The set design wasn’t extravagant, and it was her voice that was the star of the show. 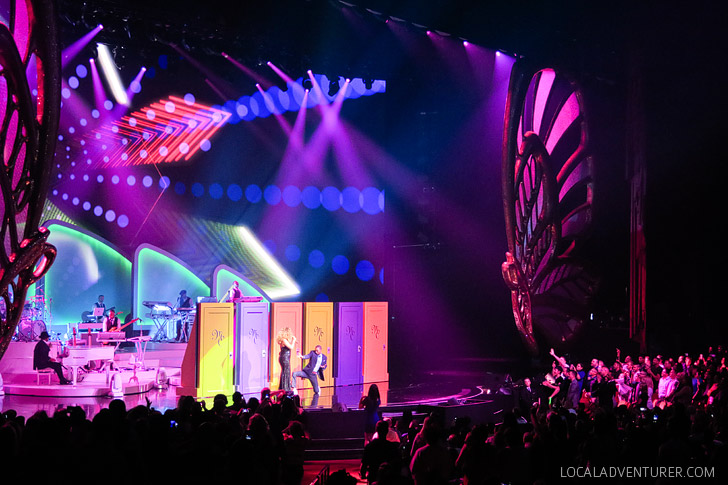 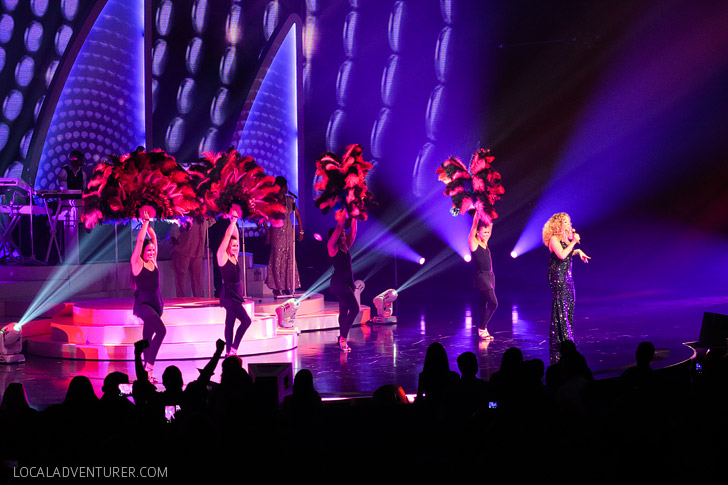 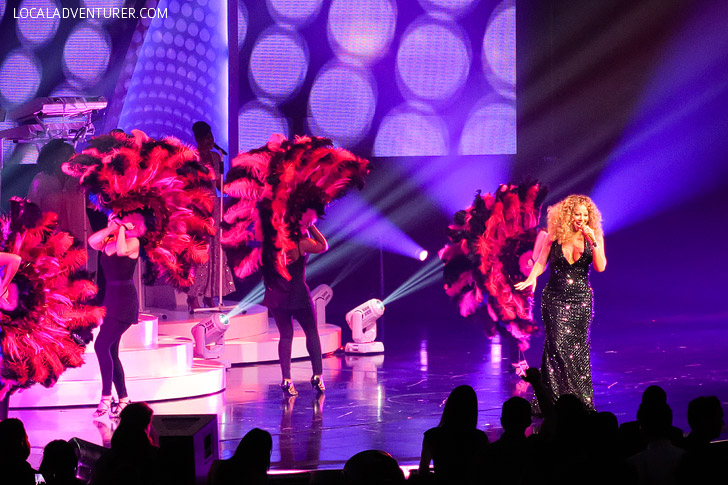 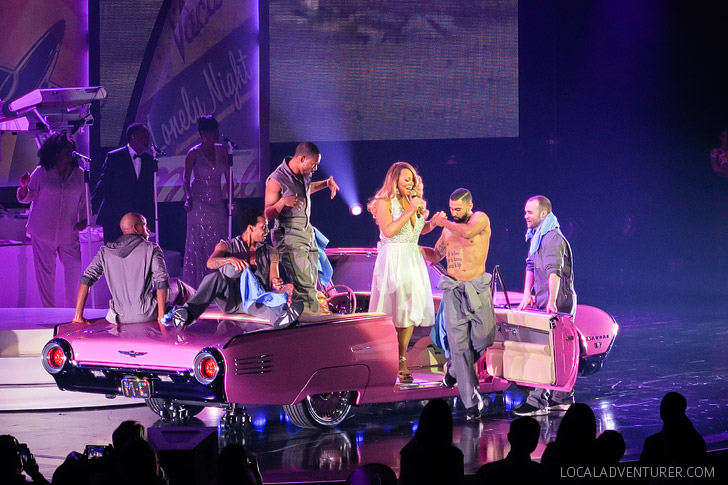 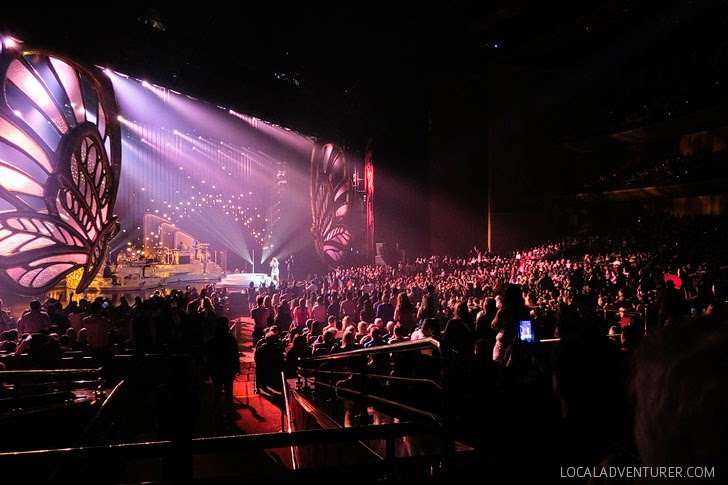 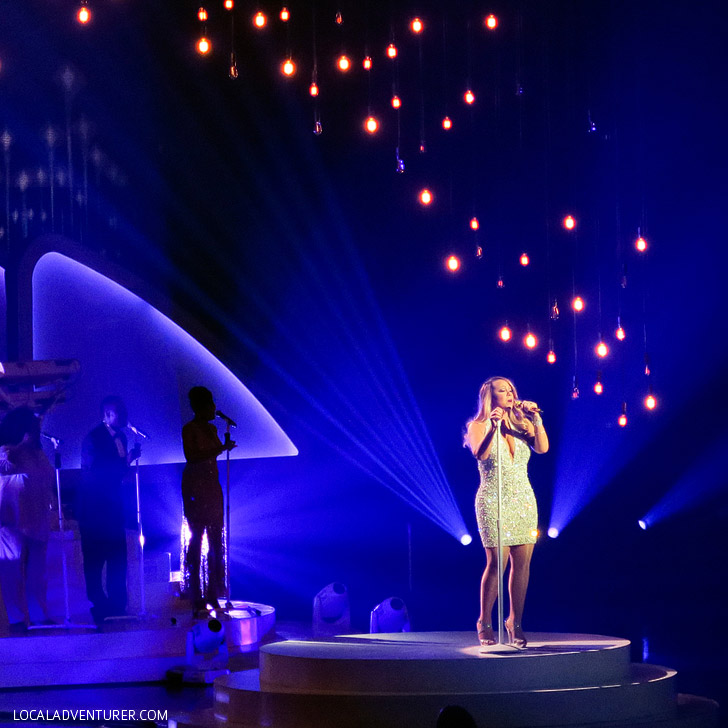 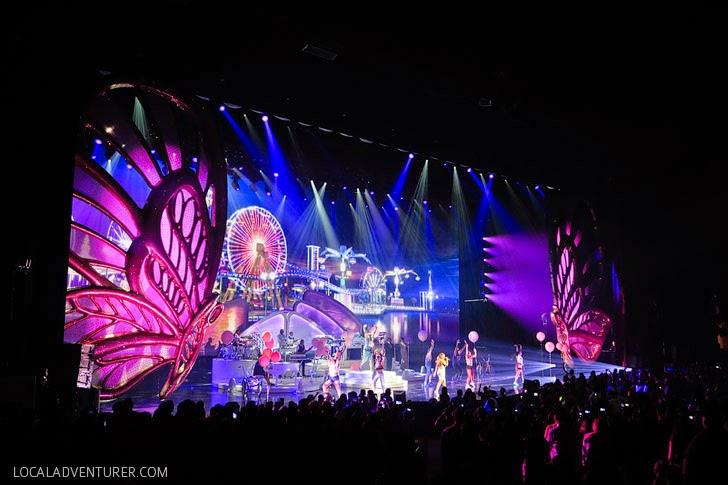 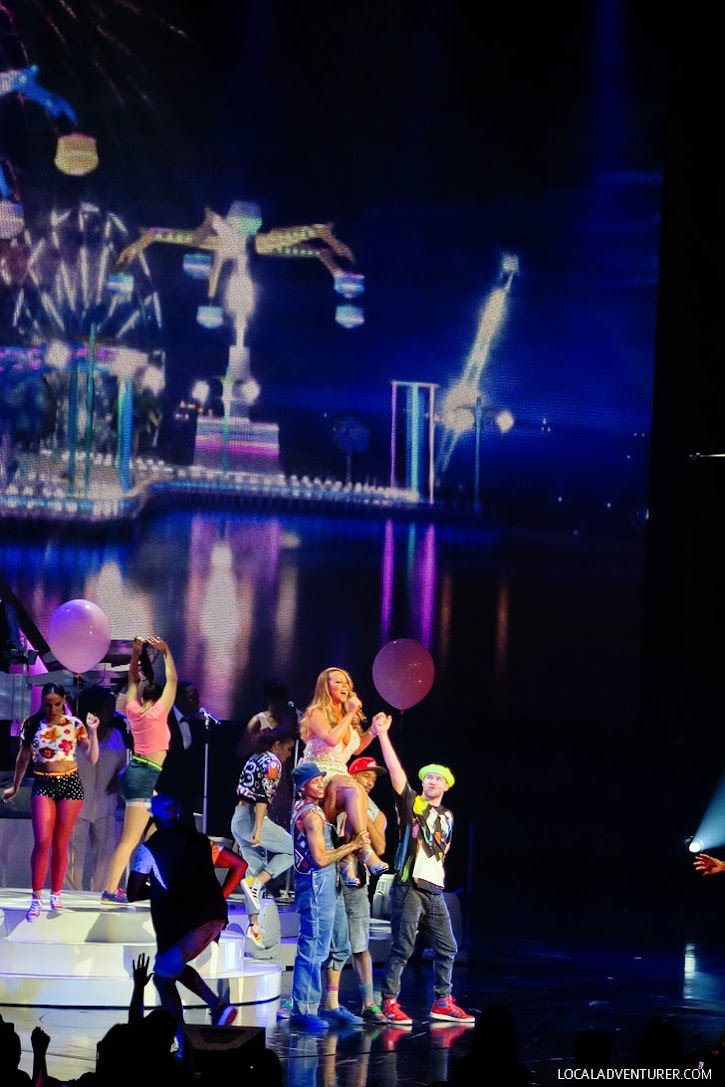 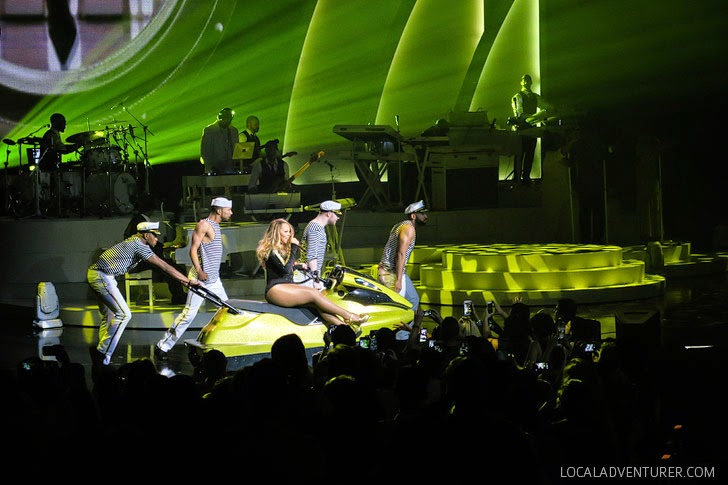 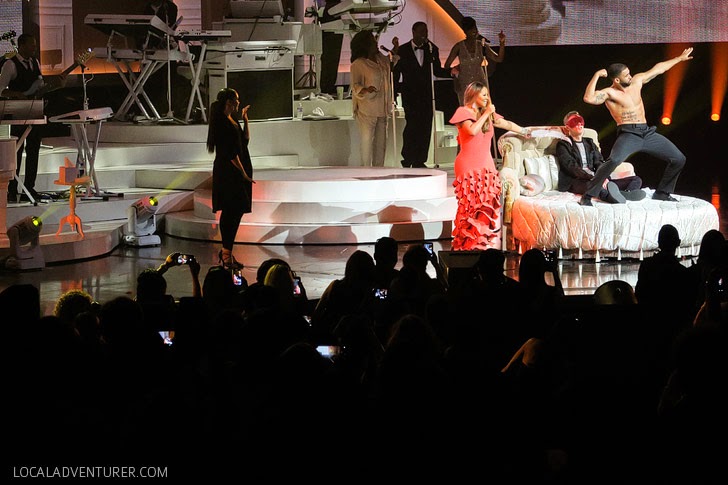 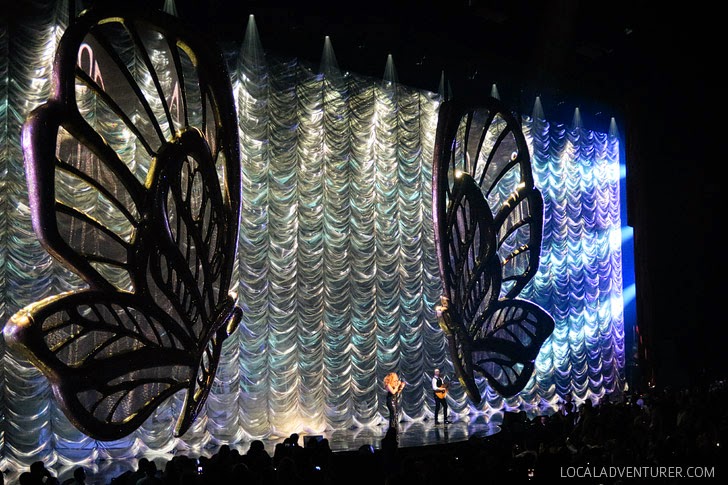 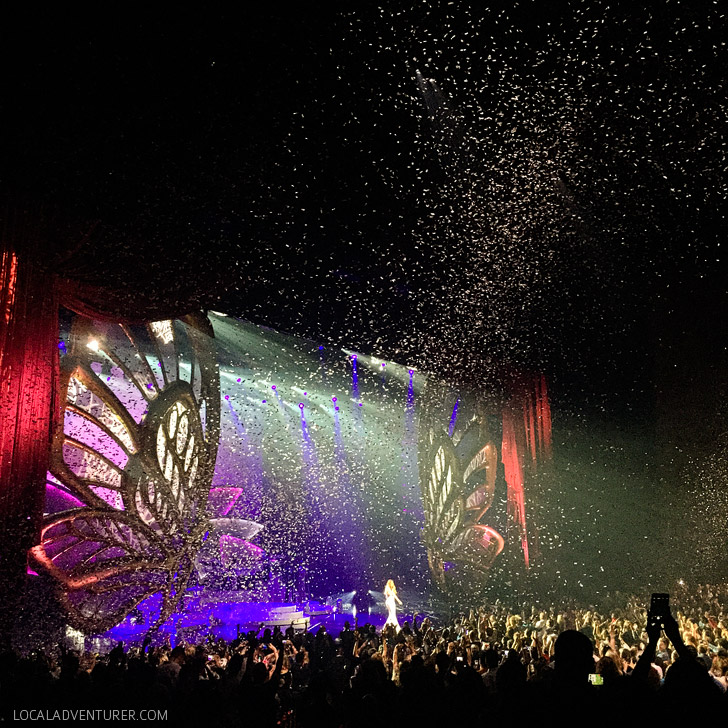 The performances to transition between her outfit changes seemed awkward and somewhat random. There was a drummer / dj, a male dancer, and a couple vocal performances, but it didn’t flow as smoothly. I’m sure these are some kinks that will be worked out as it was opening night.

I’ve read some of the reviews that are pretty harsh about her voice not being the way it used to be. I haven’t had the chance to see her live in her prime, but she still had amazing control over her voice. She killed it! I admit it wasn’t a flawless performance, and her voice was getting weaker midway through, but it’s no easy feat singing through 18 Mariah songs. None of them exactly give your voice a chance to rest and recover. I also have yet to see that long and flawless of a vocal performance from anyone, so I would like to see someone – anyone – do what she did flawlessly.

If the tickets weren’t so expensive, I would go see her again! Out of all the shows we’ve seen, though, this was one of the shows that was completely worth it!

Took all photos with the Canon G7X and the last one with iPhone6 since the battery died.

GET YOUR TICKETS HERE
BOOK YOUR STAY AT CAESARS PALACE HERE

What was the best performance you’ve ever seen?
Who are you dying to see in concert?