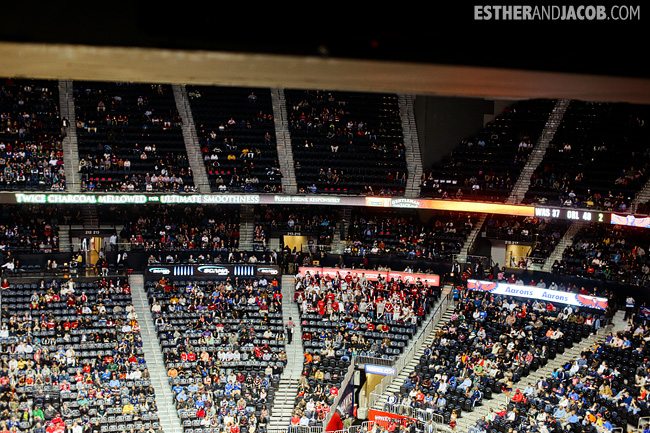 Papa Fu had box seat tickets to see a Hawks Game at Philips Arena, so we decided to go to a couple games before we moved to Los Angeles.  I’m not a fan of sports in general, but I do have to admit that being around the energy in the stadium made things much more exciting!  Here are some photos from the Atlanta Hawks versus Boston Celtics game and I think I have one from another game mixed in too.  I even sprinkled in a few from Instagram. Across from us was Josh cheering from the fan section. Our first Hawks game together: Tags: date night in atlanta, Philips Arena, what to see in atlanta