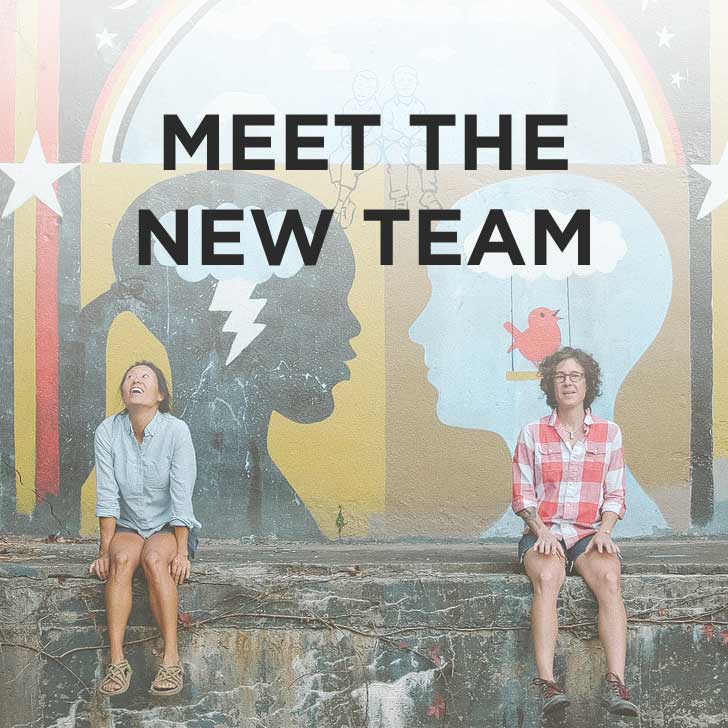 Do you remember me saying how my dream was for Local Adventurer to become a community? We wanted it to be a community passionate about exploring their backyards and inspiring others to do the same! For the past couple years, we’ve been trying to figure out what that looks like, and while we have not arrived, we know that we’re getting a little bit closer every day!

Today, I’m excited to introduce you to two of our new writers, Erin and Caroline! They currently live in Asheville, and it’s an interesting coincidence that we happen to be living in what people call the most up and coming cities on the east and west coast! Current City: Asheville
Favorite City: New York City
Favorite Local Adventure: Exploring the ever changing street art in Asheville
Where you can find me most: Instagram

Like Esther, I too was born in Korea!  I grew up in Maryland instead of the Midwest, though.  I got my first taste of adventure when my family went out west to hike in Zion National Park and the Grand Canyon.  I’ve been seeking new experiences ever since.  In college I got my first taste of snorkeling by going with college classmates to Belize and then after graduation I backpacked through Italy.  I then spent the next year and a half working as an intern/Divemaster for a non-profit on Andros Island in the Bahamas.

For the last decade I taught middle school physical education and managed to fuel my stoke for travelling by taking trips on long weekends and extended breaks.  One of my favorite adventures so far has been a solo cross-country road trip that I took in the summer 2015.  I left my little apartment in Frederick, Maryland with my hatchback loaded up and went west without a plan.  10,000+ miles and numerous National Parks later I ended up right where I started, just in time for school to start.

This past year, I didn’t return to teaching.  I’ve instead committed myself to travelling, photography and writing for Local Adventurer. Will you join me on this next adventure?! Current City: Asheville
Favorite City: New Orleans
Favorite Local Adventure: Hiking in the mountains with Erin!
Where you can find me most: Instagram

I was born and raised in Baton Rouge, Louisiana. Exploring food was an essential part of my growing up at home, as family entertainment and as daily nourishment through hunting and fishing. As a young adult, I floundered about in undergrad at LSU, and during a semester break I took a trip to visit my sister who had just moved to Germany. We explored Paris, Luxembourg, Landstuhl, and all the cities in between, eating our way excitedly from place to place. I realized I could make a living working with food and this changed my direction in life.

I worked in bread bakeries in New Orleans, Providence, and Alstead, NH. I moved to Asheville in 2014 to attend massage school and shortly thereafter bought and renovated my first house. I renovated a few more architectural beauties that had become neglected over time, all the while practicing massage therapy.  I started a food truck, Tin Can Pizzeria and then sold it to open Hole Doughnuts, which I sold in October 2016 to learn something completely new!  I have felt most expressive and creative through food and architecture…… until now!

Since meeting Erin, I have been more excited about living in Asheville than the previous 15+ years I’ve lived here.  She’s shown me so many new faces of Asheville, of the mountains, street art, and moments to be captured by a camera. We have decided to clasp our hands together and jump into a new adventure of travel, writing, and photography.

Not too long ago we purchased a 1976 Toyota Chinook “House Car” that we love to adventure around in. Most of our days start with a run of at least four miles. (If you see us doing tiny circles in the parking lot in front of our Chinook it’s because we’re waiting for our GPS to tell us we’re done.) We’re thrilled to be writing as part of Local Adventurer and hope to see you on the road! – E & C

You will be seeing more posts from them about Asheville and beyond. If you’re brand new to our blog, you can also read more about all of us here. If you’re instagramming while exploring your hometown be sure to #localadventurer to be featured. We feature new local adventurers every week!